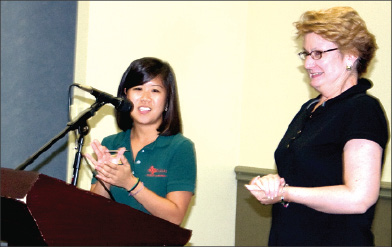 The following is a breakdown of key topics raised at the Aug. 18 Student Government (SG) meeting. Full minutes of meetings can be found at sg.utdallas.edu.

The Comet Discount program, which encompasses the old Student Business Alliance discount list and new additions, goes live on Sept. 1. A List of participating businesses can be found on SG’s Web site.
New license plate style banners will act as SG’s batsignal this semester. They’ll be placed in spaces around campus on Thursdays to remind the campus community that a meeting is scheduled for the following Tuesday.
Academic Affairs Committee
The Academic Affairs committee plans to coordinate town hall meetings for each school within UTD this semester. The goal is to bring senators, key faculty and students together for discussion and networking.
Dancers with ideas about how to improve the program can forward them to emily.lichtenheld@student.utdallas.edu.
Communications Committee
Sound-Off sessions are a way for senators to interact with students. Upcoming Sound-Off dates will be posted on SG’s Web site.
Legislative Affairs Committee
A database of legislation that affects students is in the works and should become available on the SG Web site this year, senators said.
UTD needs a Facebook group to promote Tier One efforts at the school. The University of Houston has one, which committee members deemed a challenge that must be matched.
Residential Student Affairs
Green initiatives for university apartments are in the works, including a possible bulk purchase of low-flow shower heads to save water.
Students who graduate in December need to initiate a special check out process before the end of the term, as dictated by Texas lease protocol, but student awareness tends to be low. The committee wants advisers to notify students during senior check-out meetings.
Student Affairs Committee
The UTD Bookstore and committee members are looking into scantron vending machines to place around campus.
The committee would like to establish a memorial tradition for students who die, possibly in the form of an annual event, and are seeking student input.
Technology Committee
A survey about Orion usability and issues is up on Facebook. Survey results will help the committee, in conjunction with Information Resources, to create  Orion Orientation sessions that will be offered several times during the semester.
Galaxy isn’t going away or being integrated into Orion, but will probably be moved to the PeopleSoft servers that host the new Orion system.
An idea to replace analog thermostats with more precise and efficient digital thermostats would likely be cost prohibitive, Technology chair Yash Gogte said, but when the older analog thermostats break, the committed plans to encourage administrators to replace them with digital models.
SG Web site will soon feature letters from president Diana Kao and senator testimonials, to be updated periodically throughout the year.
SG will meet at 5:15 p.m. Sept. 1 in the Student Union Galaxy Rooms. Visitors are welcome. 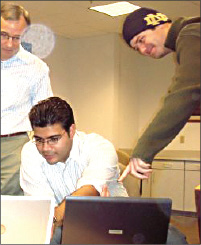