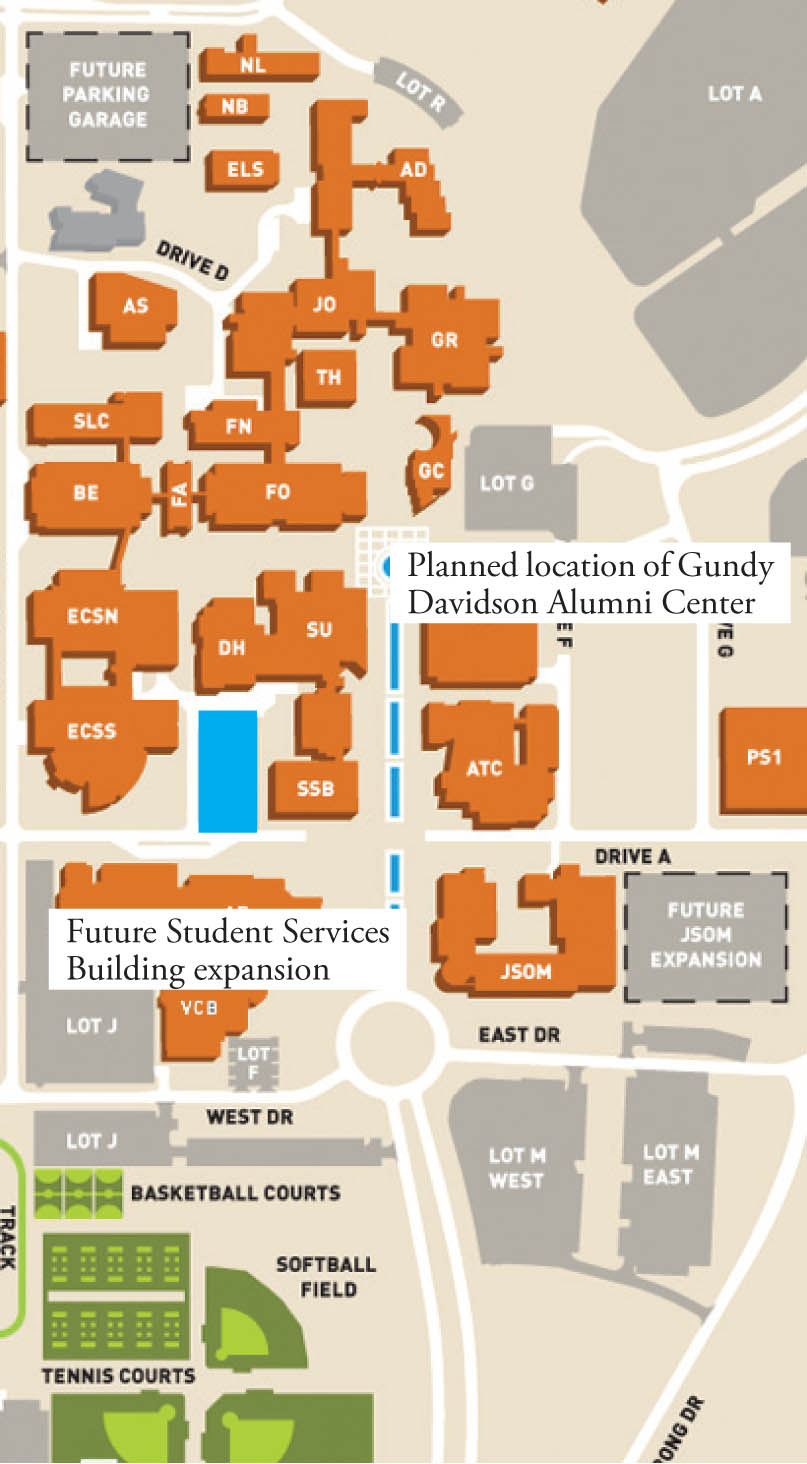 UT Dallas/Courtesy The SSB will expand into Lot K, while an alumni center will be built behind the ATEC building, where the tennis courts are currently located.
Campus News
News

Major construction projects on campus are slated to continue well into 2016, including an expansion for the Student Services Building.

Kelly Kinnard, director of physical plant services, said the programming phase for the SSB expansion is finished, and the building is scheduled to open in 2016.

The exact location is still to be determined, but Kinnard said it ideally will be placed behind the existing SSB and replace Lot K. There are preliminary plans to connect the expansion to the Student Union.

The Veterans Center, Comet Center, New Student Programs, SUAAB and the office of the Vice President for Student Affairs all plan to migrate to the SSB expansion.

The Center for Students and Recovery, a new program under the Counseling Center, will also be housed in the new space.

Space within the existing building will be occupied by growing offices like the International Student Services Office and the Counseling Center.

A complaint among students is the lack of common areas for study, Grief said, so the expansion will set aside space specifically for meetings and study spaces. It will also include a 450-seat lecture hall for guest speakers and orientation presentations, among other things.

Modular buildings will be built in the area between Lots H and I that is currently fenced off. They are slated to open fall 2014 and will be occupied by the Jonsson School of Engineering and Computer Science.

President Daniel also announced plans for the Gundy Davidson Alumni Center at the UT Dallas Alumni Awards Gala. The facility will replace the tennis courts behind the ATEC Building.

Other ongoing projects include the Bioengineering and Sciences Building, located to the immediate south of NSERL, which should be completed by fall 2016, Kinnard said. Parking garage 3, located across from Residence Hall South, will be finished by fall 2014.

The Student Housing Living Learning Center, also known as the Phase IV Residence Hall, will open fall 2014. Kinnard said the amenities within the building, including a gym and food services are specifically designed for all students, not just on-campus residents. 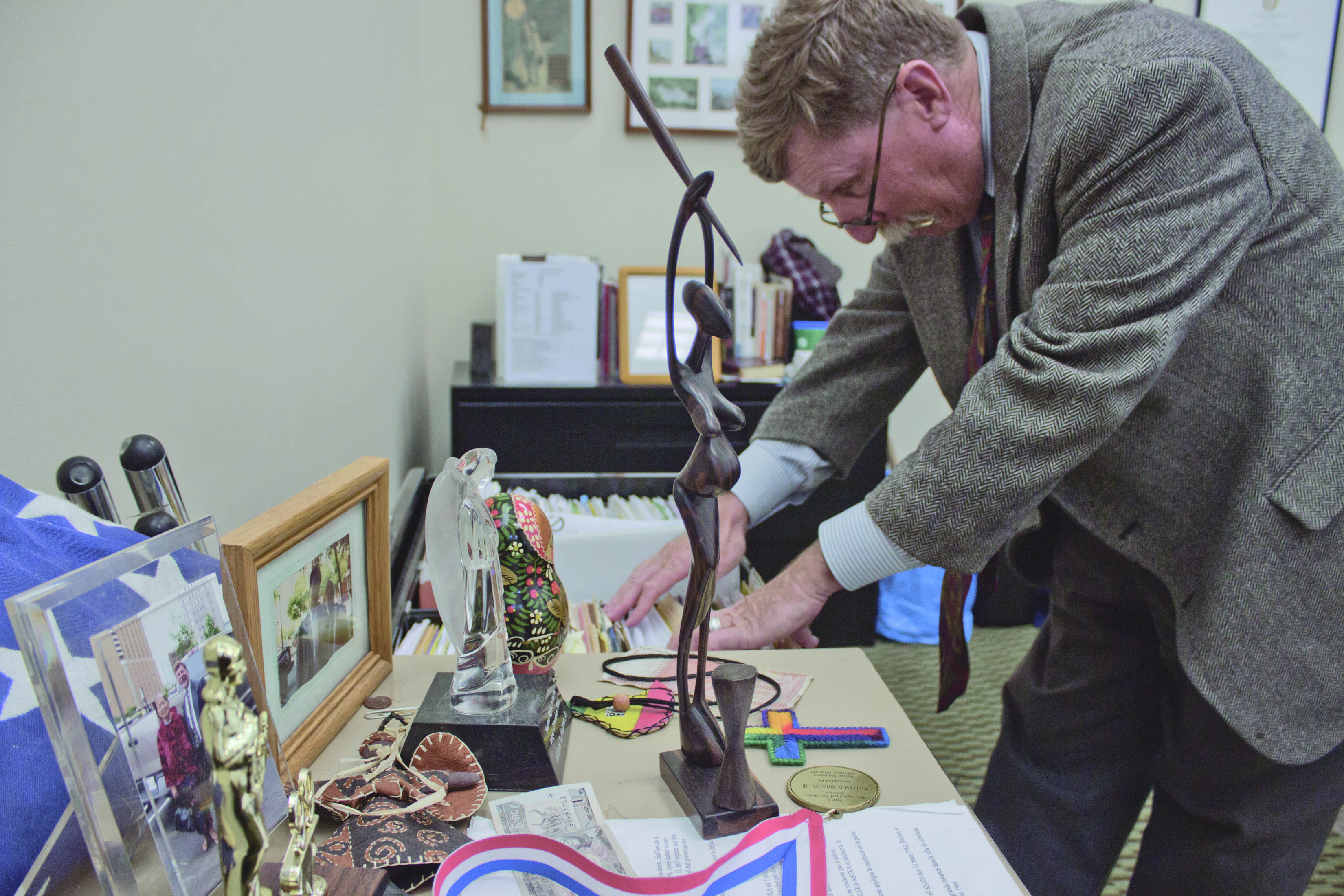