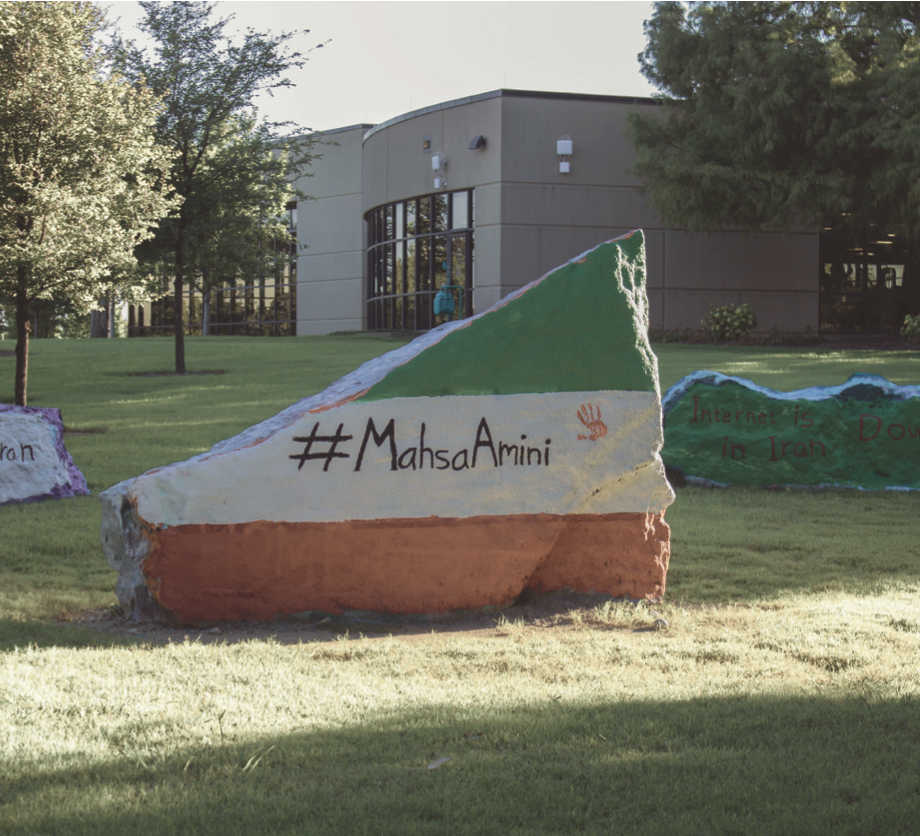 UTD students — unlike those in Iran —have the ability to speak out and should use their freedom to do so. Photo by Andre Averion | Distribution Manager 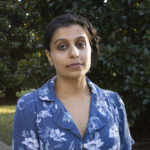 The Iranian people have reached a turning point in fighting for their rights, and the world either stands with them or against them.

Ebrahim Raisi, the President of the Islamic Republic of Iran, gave a speech in the United Nations on September 21, 2022. While he was giving his speech about human rights, people were being shot by the government of Iran for protesting the death of Mahsa Amini, a 22-year-old Kurdish woman who died in morality police custody.

The morality police patrol the streets of Iran and arrest anyone who is not wearing hijab “correctly.” It is for wearing hijab “incorrectly” that Mahsa Amini was arrested, beaten and tortured, leading to her death. Amini was not the first victim of the morality police, and she will not be the last if the world keeps ignoring what is happening in Iran. There has never been a clear statement on what is the “right” way to wear hijab from the government. All it says is it will arrest those who are not wearing it correctly. Iranian women leave the house in fear every morning wondering if they are going to be arrested for what they have on.

I should be clear- Iranian women used to leave the house in fear. Now, they are defiant. Right after Mahsa Amini’s murder at the hands of the government, the Iranian people had enough. Women came out of their houses to burn their hijab, while men supported them. Together, they are protesting the Islamic dictatorship which has held the Iranian people hostage for almost half a century.

As an Iranian woman in America, I choose to lend my voice to the Iranians inside of Iran. We already know that people’s communication is heavily filtered in Iran, since the government controls what they have access to. But then why is it that the U.S. is silent?

There is President Biden, who sat there as Raisi hypocritically talked about human rights on PBS News, but later said he stands with the Iranian people.

“Today we stand with the brave citizens and the brave women of Iran who right now are demonstrating to secure their basic rights,” Biden told the General Assembly of the United Nations on Sept. 21.

That is an outright lie. To stand with the Iranian people is to break the silence. To stay silent in front of the Iranian government is a crime. It is violence in itself.

As Ebrahim Raisi was giving his speech about freedom and human rights on PBS News, people in Iran were desperately trying different VPNs to get past the Islamic Republic’s internet lockdown. The Islamic government intentionally shut off the Iranian people from the internet so they could be killed without the world noticing. While Raisi was talking about justice, the Iranian people’s simple requests were answered with bullets. The Iranian people only want freedom. In response, the government shut off the internet, just like it did in November 2019 when people were peacefully protesting gas prices. After the internet shutdown in 2019, the government killed 1,500 people in a matter of days.

Standing with the government of the Islamic Republic either means that all the slogans about human rights you share are lies or that they only apply to people in your own country. Unlike you, those in Iran are denied these rights. I have to wonder if the people who share these slogans but still support Raisi know what they are doing. Do they really care about us? Do I, as an Iranian woman, matter? Is my life worth fighting for? Or are the only women who deserve a voice the ones with blue eyes?

I do not want your prayers. I want you to speak up. I want you to break the silence. I want you to be the person you claim to be. Be our ally on the outside. Be our voice. Let everyone know what is happening inside of Iran. Share post from the inside. Spread the hashtags.

Remember, when a population is being persecuted, silence is violence. Don’t be silent. Help our sisters. Demand an end to the violence. Lend your voices with me to those who cannot speak. This must end!

Thank you for being a powerful voice for Iranian women here in the US. I’m grateful for all that you do!