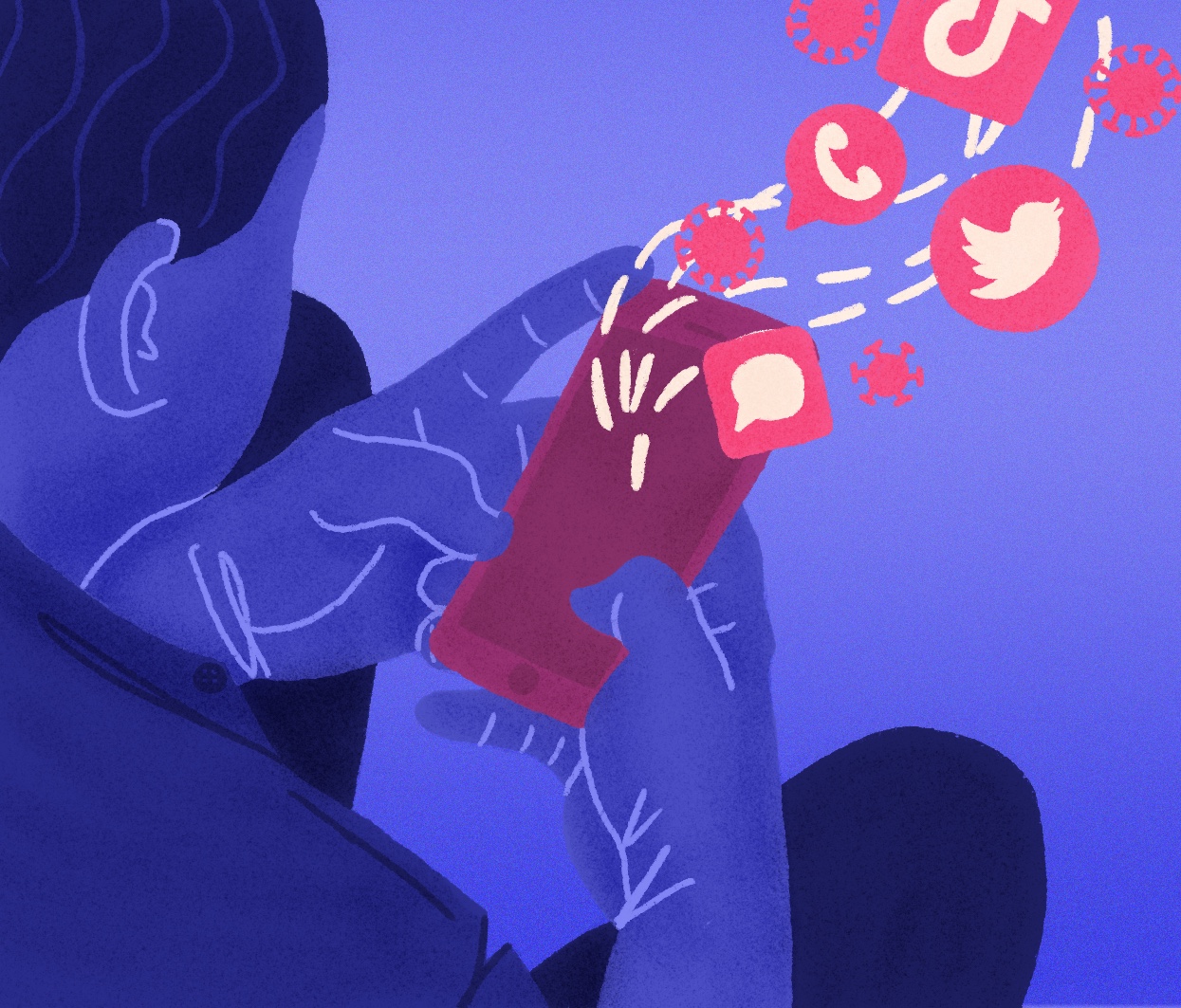 How to fight the spread of misinformation online

COVID-19 can be cured by ingesting fish-tank cleaning products or flushing your system out with warm water and vinegar; coronavirus was also developed in Chinese labs to crash the stock market: In times of crisis, misinformation like this abounds. In fact, you may have seen some of these myths circulating on social media, claiming they can help flatten the curve. Misinformation about COVID-19 is flourishing on social media sites, and is severely undermining efforts by government and medical officials to provide the public with accurate and timely information.

With many people practicing self-isolation, social media platforms are taking on an entirely new importance in our daily lives as a necessary means of communication between family, coworkers and friends but also as a form of entertainment and news. As the media and government take on a greater responsibility of circulating accurate information about the virus, the World Health Organization worries that in fighting COVID-19, they will also have to combat an infodemic, which it defines as “an overabundance of information – some accurate and some not.”

During times of crisis, there is unfortunately also an increase in misinformation. Messages that contain false information such as those forwarded on WhatsApp are likely being written and spread to play into our hopes and fears and to confirm our biases about a frightening event. These messages may have an unclear source, such as “my friend who works at XYZ has informed me…” People are more likely to believe myths they see online when it affects the safety of their family. Furthermore, the source of messages like these are hard to track because of the app’s end-to-end encryption which means researchers, journalists and WhatsApp itself cannot see the content of the messages but only who the messages are being sent to and how often.

As many cities started to issue shelter-in-place orders, a panicked public bought up copious amounts of toilet paper, cleaning products and food. As people posted videos of empty shelves and their filled shopping carts, misinformation spread like wildfire. However, the panic buying reflects the public’s lack of trust in the authorities who promised that supply lines are sound and that stockpiling was not necessary. The misinformation that has spread on social media reveals the influence fake news can have on the public to kindle panic and fear, and even overpower information from government agencies.

However, the effects of misinformation exceed just stockpiling but also targets communities such as African-Americans, with potentially deadly consequences. Two weeks ago, CNN investigated Russian connections to an influence operation in which they led a campaign spreading rumors that African-Americans were immune to COVID-19 in order to fuel divisiveness on racial issues. These rumors were further amplified with a coronavirus conspiracy video spread on Instagram, which falsely claimed that African-Americans are immune from coronavirus because of the melanin in their skin. Furthermore, misinformation about how the virus spread has led to racist attacks against people who look East Asian. A month ago, a racially motivated hate crime at a Sam’s Club in Midland led to a stabbing of an Asian-American family. Last week, teens on a New York City bus attacked an Asian-American woman while accusing her of spreading the virus. Many Asian-American businesses are also suffering as xenophobia and misinformation spread online.

To alleviate the spread of misinformation on social media platforms, WHO has attempted to partner with sites such as Twitter, Facebook, Tencent and TikTok to remove content that could be false or promote racism. WhatsApp introduced new limits on forwarding messages in an effort to slow down misinformation during the pandemic. WHO has also launched a Google SOS alert so that information directly from its website is pushed to the top of people’s search results and is prioritized over other sources that could potentially be incorrect.

But as much as social media has perpetuated misinformation, it has been a source of important, verified information as well. Journalists around the world have collected personal anecdotes and reports that help them gain a more accurate picture of the pandemic. Many health agencies such as the American Public Health Association and CDC have taken to Twitter to disseminate accurate information to as many people as possible. Social media activity is also being tracked to help public health officials monitor the virus’s progression. Raina MacIntyre, a biosecurity expert at the University of New South Wales, found that hot spots of tweets could be an indicator of how a disease spreads. This is done by first collecting social media posts reporting symptoms related to the virus and then applying a monitoring algorithm to generate alerts for an epidemic. She hypothesizes that social media activity can help organizations in the future react before another viral outbreak.

As individuals, we hold a lot of power to ensure that misinformation is not spread on social media sites. Cross checking information you see on social media with current information on official health websites such as the WHO and CDC—before retweeting or forwarding—can help slow the spread of inaccurate information that can hurt communities and arouse fear. Additionally, reporting posts that are xenophobic can help families who are being harassed and discourage false assumptions placed on East Asians. Instead of using social media as a breeding ground for the spread of misinformation, let’s make it a place to help people in need and as a means to share words of kindness.