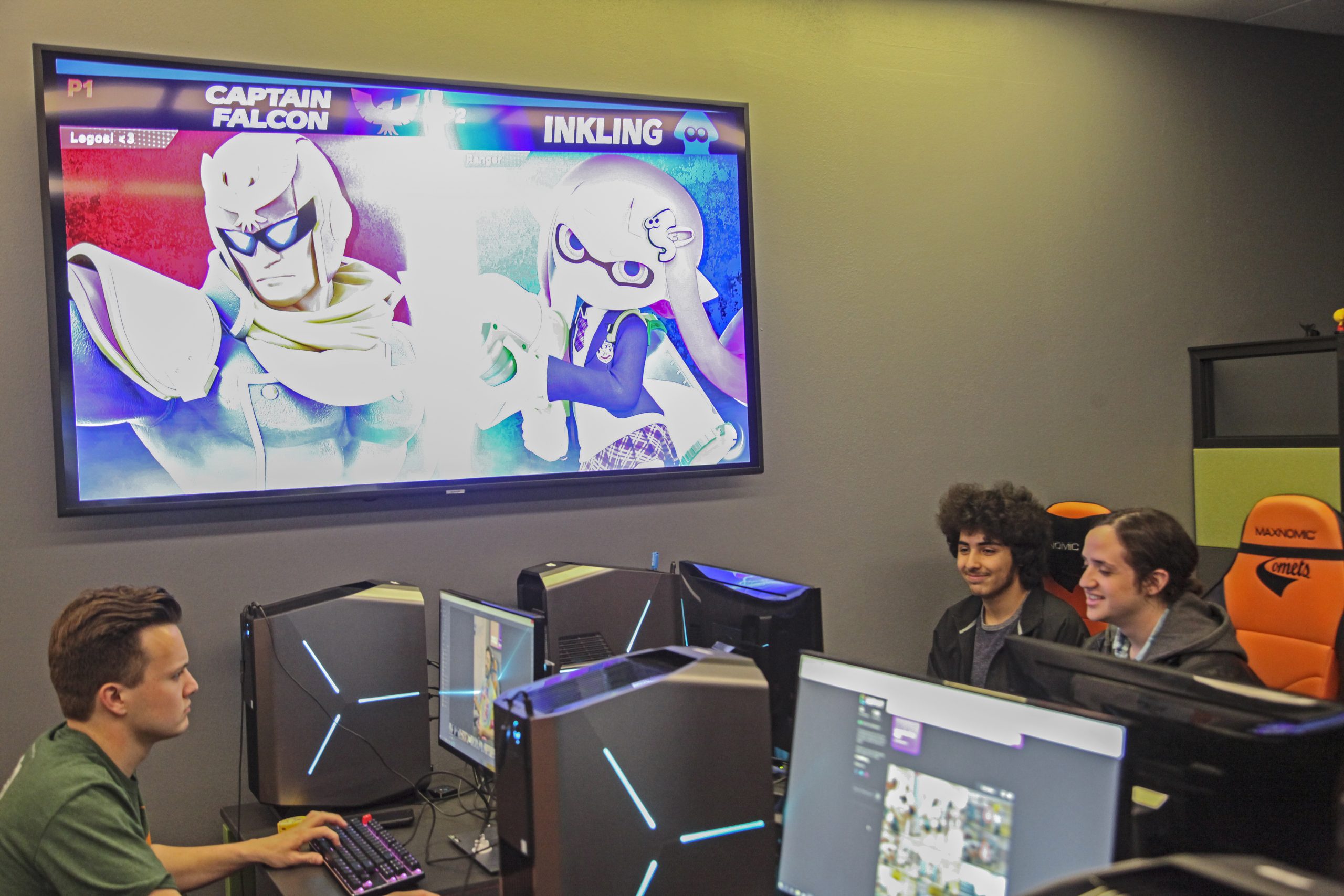 Powering rankings in an area are based on competitive results from players. Photo by Pavan Tauh | Mercury Staff

In the first season of competitive “Super Smash Brothers Ultimate” of 2020, three UTD Comets were power ranked in the top ten in the DFW area.

The power ranking of an area is the ranking of the top players in an area based on their competitive results. In the most recent power ranking for the first season of 2020, players Gabriel “Kazma” Hernandez, Marcel “Marce:/” Hayek and Reynaldo “Orex” Ortiz power ranked in the top ten, with the players ranking tenth, eighth, and sixth respectively. This is decided by a five-person panel that is chosen by a Tourney Locator (TLOC) representative. This representative chose two people, including player Jackson “Xillion” McGinnis (who ultimately was fourth in the power ranking). Those two people then chose the other three people to participate in the panel, with McGinnis choosing Hernandez to help with the process.

“Tourney Locator is essentially the center scene of DFW Smash,” McGinnis said. “They pretty much run some of the biggest events in Dallas.”

“We look at who stood out among their peers in the region and who was consistently performing above everyone else. We try to narrow it down to about a list of 20 or so people to talk about originally and then say, ‘these people clearly stand above everyone else,’” Hernandez said. “Different tournaments do hold different weight. I think the order that we have is in (the) region (…) followed by Dallas local events, and then I believe regionals within Texas and then big major events outside of Texas.”

So how did the players from UTD get their power ranking this season? Hayek was power ranked for the first time, mainly because he was able to defeat many of the previously power ranked players in tournament play. Not only that, but he also attended a fair bit more local events than Hernandez, which lent greater credence to his power ranking calculation.

“I just began getting very good results. All of a sudden, I did practice a lot, and I did review my sets in the past a lot and getting power rank wins, as in beating the top ten of the last season,” Hayek said. “And out of all the 10 (power ranked) players from last season, I beat nine of them.

While Hayek was able to get power ranked for the first time, and Ortiz was able to hit sixth, Hernandez had his worst power ranking so far in tenth. While he did have a bit of a weaker season, he still had great results in tournaments such as Frostbite, and knows how he’s going to improve in the future.

“I’m going to start trying to watch what people do outside of tournament stuff and learn them. Because previously for about the first year and even this first season, I would just sort of play the game and learn during the games,” Hernandez said. “But I think it’s about time that I’m going to start … taking proactive measures to get information ahead of time.”