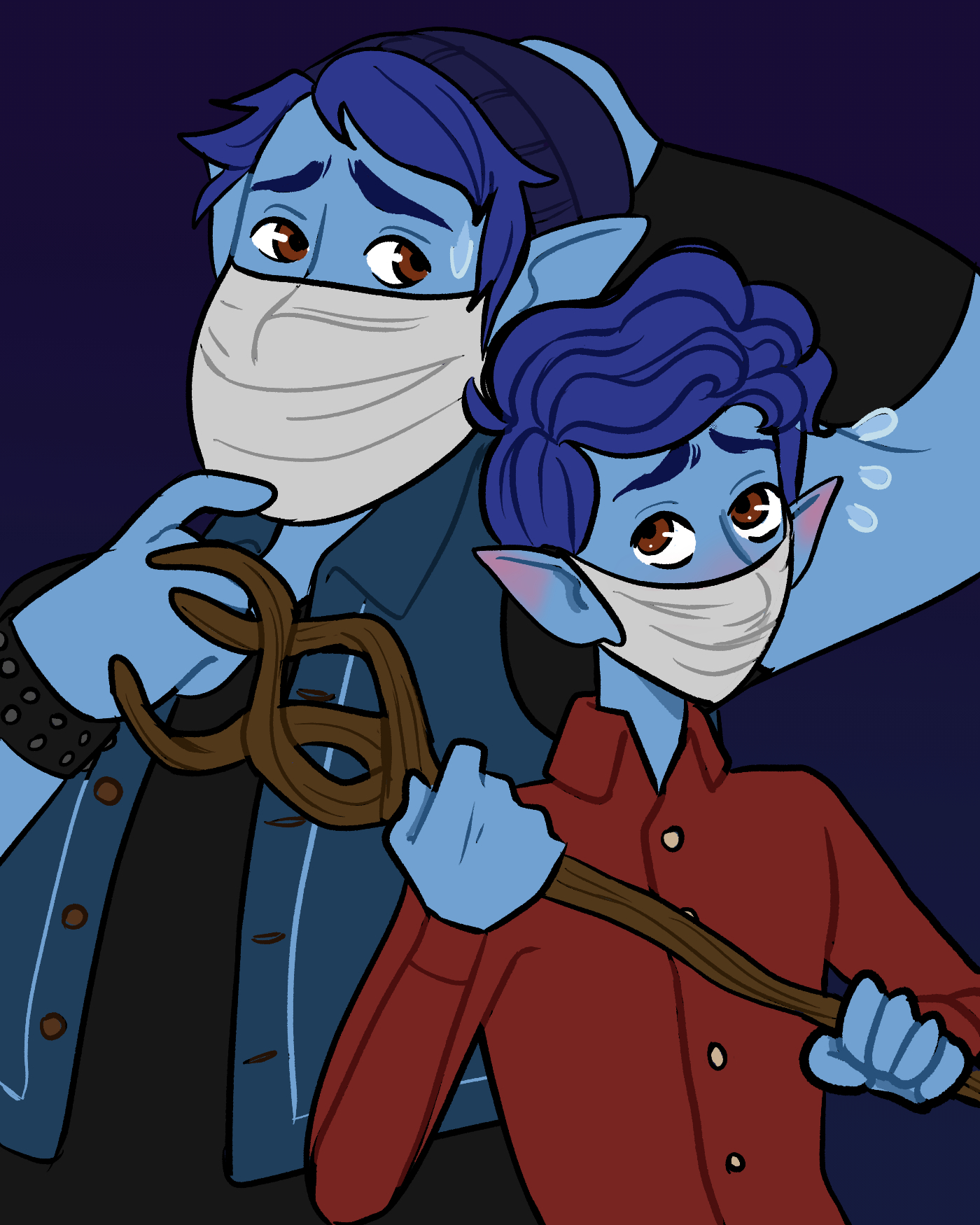 “Onward” was one of the films that was hit the hardest thanks to the surge of panic created from the coronavirus outbreak. Box office revenues tanked for the first time in two decades, resulting from shelter-in-place rules and the shutdown of non-essential businesses, including movie theaters. To work around this shutdown, production companies started streaming their films early. Although this is making social isolation easier to put up with, the Disney film’s message is ironically the opposite of what communities are trying to do. It contains themes of brotherhood and finding your inner self, but it also brings up technology in the sense that folks should revert to “the olden days” to simply have a fun time. Although it’s a nice point to make, it certainly conflicts with the current situation. Because of the social distancing requirement, audiences are going to have to adapt the message to apply to our now sheltered-in-place world.

First and foremost, “Onward” is centered on themes of brotherhood and exploration that are apparent throughout the entire film. The animation itself is quite impressive, as usual with Pixar. It’s also pretty emotional — not at the same level as “Up,” but it does a good job of conveying loss. While we’ve seen interesting ideas from Pixar over the years such as a society of monsters and cars coming to life, “Onward” brought something new to the table. In the introduction of the film, Wilden Lightfoot explains that the world used to be full of wonder, and magic was used to help others. However, the world slowly but inevitably turned to technology because of how easy it was to use, and magic became obsolete. It’s an over-exaggeration of how our society has developed over the centuries.

To take that a step further, “Onward” presents its audience with the older generation’s message of how “back in their day,” they didn’t have the technology we have now. Back then, home entertainment solely relied on their imaginations — that is, if television wasn’t doing the trick. To solve that problem, kids would play outside in the fresh air or inside with something simple like a deck of cards. The key here is social interaction and being able to sit in the same room together without any distractions from said game. However, as time went on, technology got to the point where people can play games online together, order food to be delivered to their doorstep and do classes or professional work from home. According to Brainspire, human interactions and relationships have decreased. However, in a study through Pew Research Center, 85% of technology users were shown to believe that the Internet has been a positive influence.

That kind of ideology translates into “Onward,” where the “modern day” creatures had the potential to use various abilities, such as pixies flying or centaurs running really fast. Those creatures no longer hone their race’s abilities simply because of how easy it is to use a vehicle like an automobile. Barley, an avid Quests of Yore player, seems to exhibit the traits of the stereotypical “old person,” despite being quite young himself. He continuously runs up to various races within the city of New Mushroomton, talking about how said race used to do really amazing things and if they just tried, they could embody the glory their race once had. While Barley is also the character who believed the Quests of Yore game was practically a history textbook, he did manage to convince various side characters — even his brother Ian — to use their various abilities to the fullest potential they had by the end of the film.

So, again, how are we supposed to apply this “olden days” message from “Onward” while following shelter-in-place guidelines at the same time? Well, modern problems require modern solutions. Employees at various companies and students of all ages do all their work from home. There’s also those who meet in person for recreational entertainment, such as Dungeons and Dragons players. There’s a few problems with this transition from in-person to online, such as lagging and crashing of servers and sites, chaotic communication between users and potentially not having the equipment or connection in order to start work to begin with. Despite this transition being a pain to deal with, we’re all trying our best. Referring to “Onwards” brotherhood message again, we’ll all have to stick together in this world to overcome this new problem in our lives, regardless of the quarantine rules in place. We can support each other in many ways; it’s just a matter of time before it all blows over.

All in all, “Onward” in the context of COVID-19 seems to have a very ironic message, at least for having fun without technology. We can’t really blame the filmmakers for this; no one knew it would happen or how bad panic would get. It’s a very inconvenient situation to be in, but without current technology like cell phones and computers, we wouldn’t be able to establish connection with each other, despite certain bugs and technical errors we might experience. We’re able to communicate with each other, both in a serious manner and in lightheartedness. Folks have done a number of things to support their various communities, from sharing memes to picking up groceries for neighbors. Sure, we’re facing a challenge between a film message and a worldwide pandemic, but we’re adapting to our circumstances; nonetheless, we’ll learn how to make the best of both worlds.