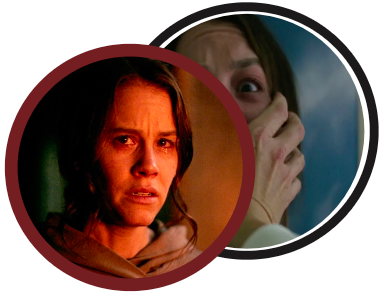 The film’s director, Parker Finn, has made other classics such as “the Hide Behind” and “Laura Hasn’t Slept.” “Smile,” however, is his first collaboration with Paramount and has been a fan favorite since its release on Sept. 30. What sets this horror movie apart from others is the vagueness of the evil entity that preys on its victims. It is left to the audience to decide what its true nature is. Despite its plot holes, the film proves to be a gripping and thought provoking experience.

“Smile” opens with a middle-aged woman on her deathbed from an overdose. Just as the audience’s curiosity peaks, the film pans over to the next scene, leaving questions unanswered. This pattern of jump cuts will be repeated, as the cinematography of this film plays a major role in scratching the viewers’ brains. The story begins when PhD candidate Laura (Caitlin Stasey) is admitted to the psychiatric ward for unusual behavior, where she meets Dr. Rose Cotter (Sosie Bacon), the film’s protagonist. Stasey’s convincing performance of a struggling college student leaves an impression on the viewer, as her story ends in tragedy. After witnessing the suicide of her professor, Laura is followed by a supernatural entity that precipitates a mental breakdown culminating in her own suicide. This death creates tension, as the story teases that Dr. Cotter may meet a similar fate.

At times, “Smile” is vague on plot points and prefers to focus on the atmospheric aspect of horror, leaving in its wake too many unanswered questions for comfort. Most egregious is the movie’s reliance on predictable jump scares rather than gradual tension; the pattern of jump scares is formulaic to the point of boredom.

This predictability was made up for by the film’s brilliant cinematography, which is beyond words. Without its artful camera angles and design choices, “Smile” would have easily been overcome by blandness. From extremely creative transitions to confusing camera movements, viewers are left with lingering fear and anticipation throughout the entirety of the twisted story. Even though the first scene has no words, the movement of the camera is strong enough in visual storytelling that the tale it tells leaves a mark, creating a strong tone that affects the rest of the plot.

The biggest takeaway from “Smile” is the importance of facing your fears. Unlike many horror movies, this film has a strong and salient message, in order to move forward, Dr. Cotter is forced to confront the violent ghosts of her past. Although the point is exaggerated, the film shows that clinging to the pain of the past will only make life more difficult.

If you prefer atmospheric approaches to horror and character-focused stories, then “Smile” is for you. However, if you are a stickler on a clear plot, you may find this film frustrating. Regardless, “Smile” is a must-watch horror movie this Halloween season.

Meteorite class crashes in at UTD