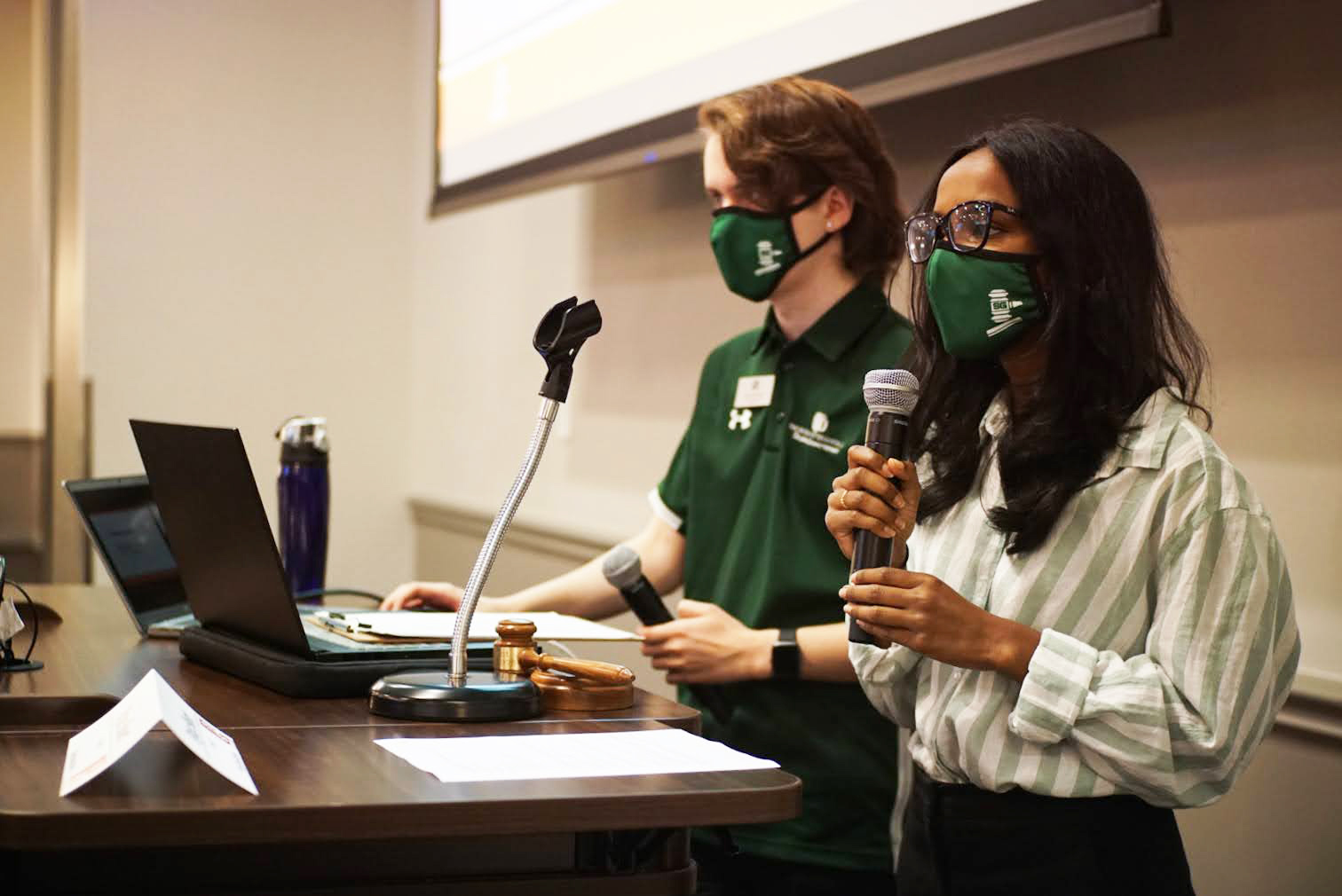 Student Government passed a resolution calling upon the University to extend de-densification protocols to the end of the fall semester on Oct. 5, five days after UTD returned to full-density instruction.

SG also passed resolutions recommending faculty keep seating charts for their classrooms, give students continued access to recorded lectures and eliminate assignments requiring in-person attendance. SG will meet with the Academic Senate on Oct. 20, who will then decide whether to pass the resolutions – or altered versions of them – onto the University.

Cognitive science sophomore and Academic Affairs Chair Kruthi Kanduri, who helped write and voted in favor of all four resolutions, said her committee pursued the proposals in alignment with student interest – and to help with contact tracing efforts for the seating chart proposal. The committee gauged student opinion through a classroom policy and de-densification survey in late September, where 2,505 students (over 80% of survey respondents) voted in support of extending de-densification for the rest of the fall semester.

“All of the resolutions are limited to the fall 2021 semester,” Kanduri said. “This is mainly because the COVID-19 pandemic is so variable – it keeps changing. As far as this semester goes, we’re halfway through it at this point, and it’s a difficult transition for students to be making back in person, especially during midterms. We understand and see the importance of the University eventually getting back to person, but we also understand the safety concerns students are feeling and that transitions are not easy in the middle of the semester.”

Computer science junior and SG secretary Willie Chalmers also helped write the de-densification resolution and voted in favor of it. However, though Chalmers supports the proposal, he said he understands extending de-densification might work against classroom attendance rates and could present dilemmas for faculty who have to modify their class format. To help with altered virtual instruction, Chalmers added an amendment to the resolution that OIT work with staff to provide additional training on utilizing virtual modalities.

“I can see how if the only reason for students attending class in person is to obtain information they could get from a lecture video or some other source, what exactly is the purpose of going to class?” Chalmers said. “So, I’m in favor of the [de-densification] resolution if for no other reason, a pragmatic reason. Students have become well-adjusted to the HyFlex modality, and whatever the Senate decides to do should be because of COVID-19 and not because of some greater desire to make instruction more convenient. I think there’s a time and a space for that conversation, but I think just considering this in the scope of COVID-19 is best.”

If the majority of the Academic Senate agrees to SG’s resolutions or some iteration of them, recommendations shouldgo into effect throughout the University immediately; however, immediacy is subjective to the instructor. Political science senior and SG President Ryan Short said SG cannot enforce resolutions, but University administration can help with the effort.

“We would be relying on key campus administrators such as Vice President [and] Chief of Staff Dr. Martín and the Provost’s Office for enforcing certain aspects of the resolution,” Short said. “It depends on them, but we hope bringing this towards the Academic Senate emphasizes importance to professors who didn’t quite realize the importance of doing actions like recording lectures and de-densifying classrooms, especially since resources are already available. SG is coming to them and saying, ‘Hey, if you aren’t already doing this in your classroom, your students would appreciate it if you did.’”