The organization has increasingly lost relevance, fallen out of touch with the student body 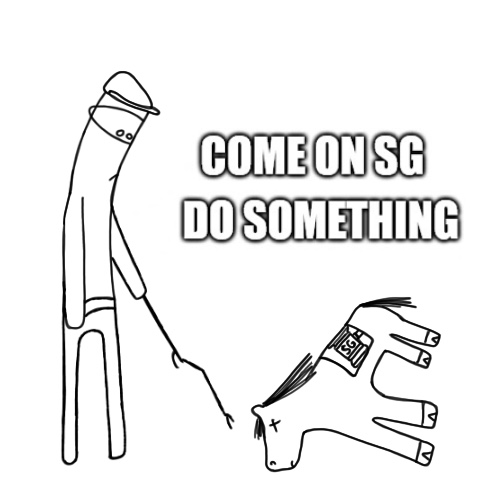 Students have long stopped caring about Student Government, and with the conclusion of this spring’s elections, it doesn’t look like student government cares about themselves either.

Oh, haven’t you heard? The Student Government elections took place about a month ago, from March 28 to March 30. You can be forgiven for potentially missing out on the elections, as even though a reminder was pumped into every student’s email multiple times, less than 5,000 students voted for representatives for the “important” positions of all the various senators, the president and the vice president. If you didn’t, you’re part of the 80% of students who didn’t notice or care.

This issue of apathy is so long-running, this isn’t even the first Mercury op-ed to mention it. Seven years ago, former editor-in-chief Esteban Bustillos wrote a heartfelt plea to the student body to start caring about Student Government. After attending a Student Government debate in the Student Union that was largely ignored in favor of pool games and conversations, Bustillos said that The Mercury would support the candidates, even though they didn’t endorse any.

Seven years later, it almost feels like betrayal of that legacy for me to not care at all about SG. But if I didn’t get drafts in my inbox about once a month with the SG report, not even I would be able to really tell you that SG exists.

This is largely because Student Government doesn’t do itself any favors. The meetings may be open, but who would want to attend them? Isn’t the whole point of electing a representative being that the students then don’t have to spend a significant time thinking about issues? There are no posters about significant meetings or resolutions, only eight tweets this semester and other social media posts were mostly about elections or events that SG happened to help organize. How are people supposed to know what this organization does?

Times have changed. In order to connect with the student population and learn what they want, they have to leverage social media and in-person events. It’s not 1992 or 2016: a recurring writeup in The Mercury is not the most effective way to engage with the student populace. One of the most effective SG efforts was a new iteration of the Blank Space Project that people at least saw in the high-traffic SU and participated in the event launch for. But they have to do more than that. SG has to show the student body that they care if they want the student body to care, and thus lend legitimacy to their own voice.

But that’s the sad part. It’s not even that the student body is apathetic. It feels like SG itself is apathetic towards its own existence. Three days to not only figure out the candidates, but also to vote? Unlike local elections, SG has the entirety of campus and a whole semester to put up highly visible flyers and posters, run events in guaranteed high-traffic areas and ingrain themselves in the ethos of the student body long before elections. Instead, they stripped the process down to a three-day window, marketed by a sparsely-attended third-party presidential debate that went live on YouTube mere hours before the election closed at 4 p.m.—which is also a terrible deadline for students used to 11:59 p.m. deadlines.

This apathy is also apparent in how many people run. There are empty positions galore, so much so that AMP’s web editor ran for one of the graduate senator seats as a joke and won because they were unopposed. SG simply feels like a do-nothing entity—few people run, campus participation is minimal and nobody knows what in the world they do.

It greatly amuses me that seven years after Bustillos’ letter, I could hardly care less about the unintentionally hidden institution of Student Government. It saddens me to consider that seven years down the line, somebody on the next editorial board might care even less than I do.