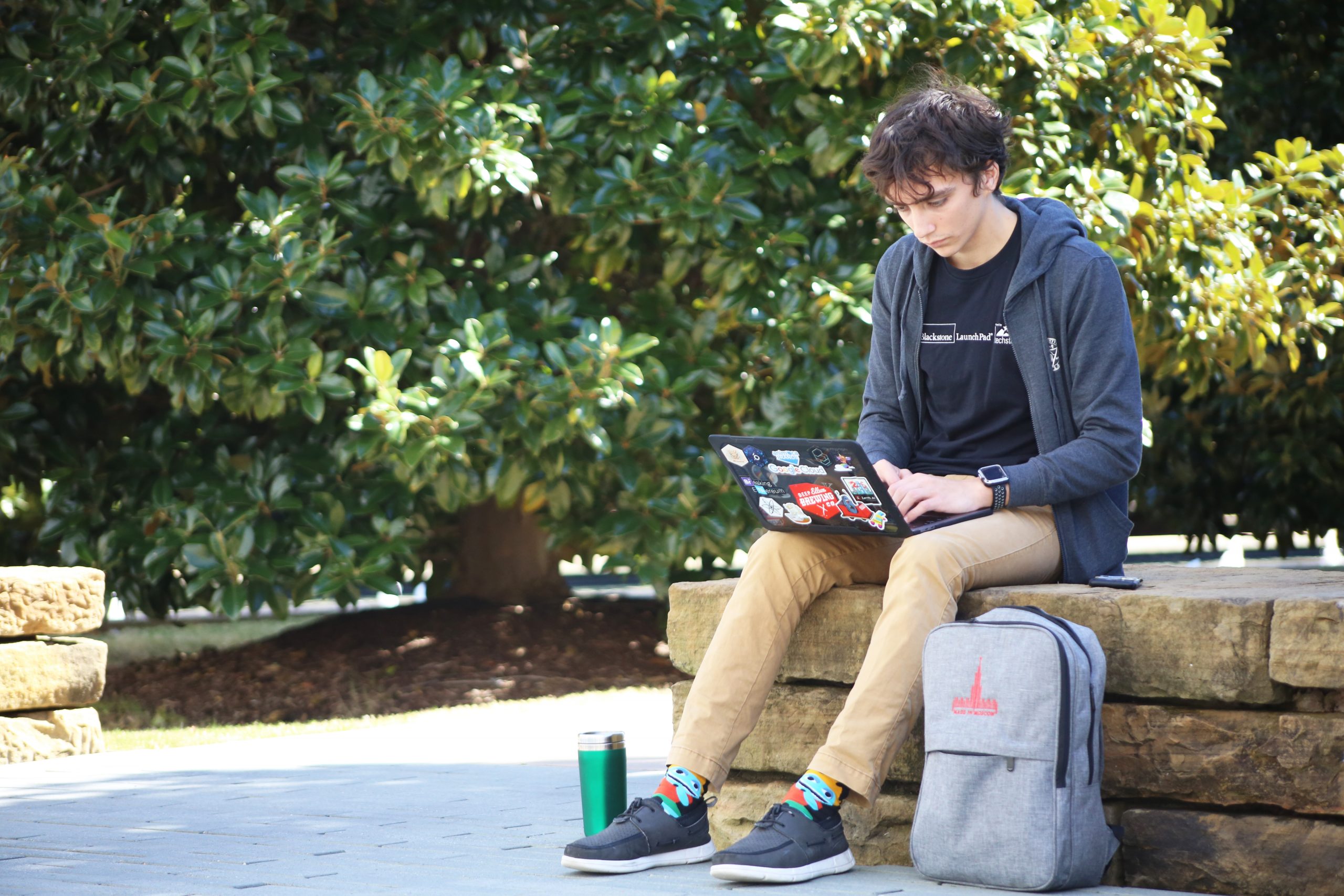 Student is second in school history to join entrepreneurial program

Ledgers are essentially a record-keeping system for an organization’s transactions.  Peillard’s company helps developers build applications and focuses on easy-to-integrate code. Peillard said he saw that if he impacted developers, those developers would go into companies and prefer to use the tools they were accustomed to using rather than building from scratch.

“Say you set up a server to store students’ grades at a school or signing in the students. That information is stored on different servers that anyone might have access to and make edits. Someone could change a number here or there. Anything could happen to that information unless you have some sort of undeniable proof that that data is not tampered with,” Peillard said. “Maybe create a signature that is based on the data of the object that is, at least, really difficult to tamper with. And you put it on something like a decentralized ledger, like a blockchain. And with that, you can now make your systems way more secure without having to put a bunch more capital to set up 20 servers, replicating everything.”

“At the end of the day … we’re going to be working with outside companies,” Peillard said. “Basically, (LaunchPad Lift) is going to help us talk with more companies who are startup oriented, maybe service a software, service oriented, but they may not jump into blockchain or crypto yet. So it opens up a very big market for us.”

Peillard said that his desire to win in a hackathon was what prompted him to build this company. The hackathon was based on a crypto ledger, a record of transactions for cryptocurrency such as Bitcoin.

“My professor, (Eric) Becker, has this thing where he’ll give you a 100 for the final test if you place in a hackathon,” Peillard said. “I had been working crypto ledgers for a few years back, so I knew the space and what people were building.”

Peillard said that he built a domain name service solution and won first place in the hackathon. Domain name servers are essentially the Internet’s equivalent of a phone book, and they maintain a directory of domain names and translate them to IP addresses. After he won his prize money, Peillard received emails from investors who were running an accelerator, an organization that helps startups attain success.

“Helix Accelerator … was run by this company who invested in the Hedera crypto platform we’re building on, which is actually based in Dallas,” Peillard said. “They invested in Hedera, and they realized they needed an ecosystem of applications and platforms building on top of it to really generate value. They started an accelerator, which they invited us to. That’s really what got everything moving really quickly.”

Peillard said that other students who are looking to create or innovate should find an area and build on a section of that area in order to maximize profit.

“I think we all make that mistake of building a bunch of different things, like as a CS major, the world’s at your fingertips,” Peillard said. “But then you’re looking at the grand scheme of things. You end up building five, 10 applications that don’t relate at all with anything that you might be doing in the future. I think focusing on maybe an area or a segment of what you were doing really pays dividends because then you become more of an expert in that field.”