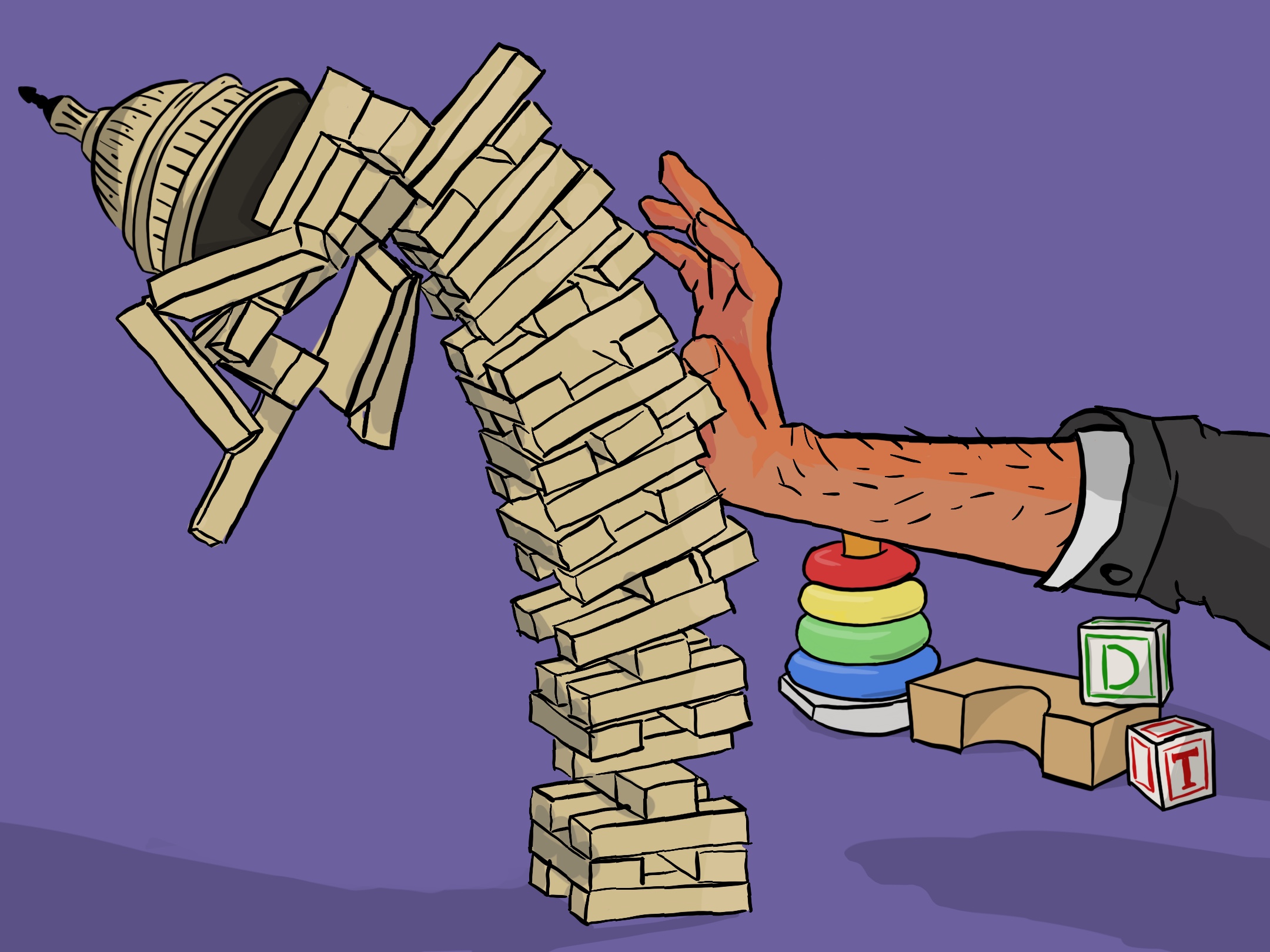 The Jan. 6 Capitol Hill riot and its aftermath are a reminder that we must be critical of our political leaders – especially the ones we might favor – to avoid blind allegiance and knee-jerk reactions.

Post-election and pre-Capitol riot, former president Donald Trump gave speeches on how the election was fraudulent, speeches that appealed to his supporters’ disbelief in his loss but were filled with fallacies and false information. In his “Save America” speech, Trump said “make no mistake, this election was stolen from you, from me and from the country. And not a single swing state has conducted a comprehensive audit to remove the illegal ballots.” These claims are false. Popular theories on election fraud such as votes being cast on behalf of the dead and mail-in-ballots being rigged have been debunked. In addition, all states, including swing states, conducted comprehensive audits to ensure accurate election results. Georgia, a key swing state in the 2020 election, reviewed statewide ballots three times via Trump’s request, and each time, the majority votes were confirmed to be in favor of Biden.

Trump isn’t the only political leader guilty of logical fallacies and misinformation. A study done by pragmatics researcher Fareed Al-Hindawi showed that 26.66% of former President Barack Obama’s war speeches contained appeal to fear fallacies and 21.66% of his electoral speeches contained appeal to interest fallacies. In a war speech, Obama said “I don’t oppose all wars. What I am opposed to is a dumb war. What I am opposed to is a rash war. What I am opposed to is the cynical attempt by Richard Perle and Paul Wolfowitz and other armchair, weekend warriors in this administration to shove their own ideological agendas down our throats…” This statement is fallacious because Obama does not distinguish the difference between a dumb or rash war and one that is not. Through powerful language, the statement appeals to the emotions of Obama’s audience, but it doesn’t present any factual information to back why his audience should support what he is saying.

Speeches such as Trump’s “Save America” and Obama’s war speech show that political leaders have the potential to misguide. Though we can’t control what’s being said, we can control how we react to it. It’s up to us to become knowledgeable on topics our leaders speak on so that we can be comfortable with holding them accountable. For example, if a politician quotes Martin Luther King Jr., research the context in which the quote is being said to see if it’s being misused. If a leader you like makes claims about COVID-19, look up CDC guidelines – or guidelines from other reputable health sources – to ensure that the information is accurate. And if it isn’t, don’t feel obligated to adhere to their claims just because they’re your favorite politician. Being critical of leaders, particularly the ones we subscribe to, doesn’t mean that we support them any less. It means that we are keeping ourselves safe from misinformation and the subsequent actions that could result.

Being critical of our leaders also doesn’t mean that we have to be overly skeptical. We don’t necessarily need to doubt or be suspicious of everything that a politician says, but we should be willing to fact check claims and acknowledge when something is false to avoid overlooking facts. Over-skepticism can be detrimental, as seen in the Capitol riot where – in addition to being egged on by Trump to question the election’s integrity – conservatives were overly doubtful of a free and fair election system.

When it comes to getting comfortable with being critical, we can start by recognizing fallacies in our personal lives with friends or family members. If someone close to you says something you disagree with, consider their reasoning before reacting. If you find fault in what they’re saying, don’t be afraid to point it out to them; acknowledging the fault allows both of you to practice being aware of your speech and reactions in a familiar setting. In addition to this, we can practice diversifying our points of view. For example, if you typically listen to liberal-leaning talk show hosts, consider listening to more conservative voices to get a feel for the opposite side. By doing this, you have a chance to break down the opposing party’s argument and familiarize yourself with specific fallacies in their speech that are causing you to disagree. You can even apply the same analytical strategies to your own political leanings. By normalizing these behaviors, we are setting ourselves up to stray away from blind following and its resulting actions.