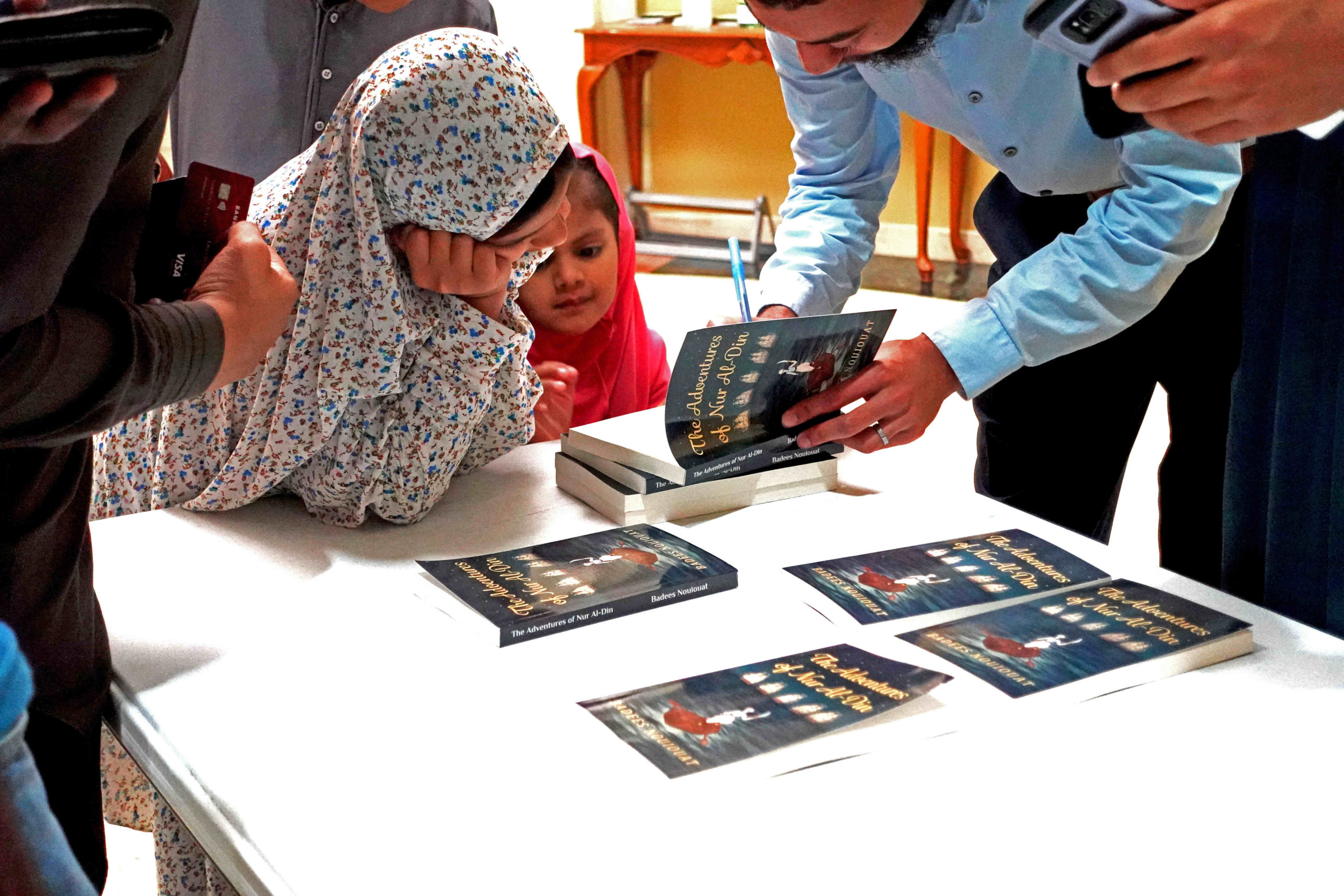 As a Muslim growing up in the United States, UTD alumnus Badees Nouiouat often found himself frustrated at the lack of an authentic representation of his faith in children’s books.

At school, the history he was taught was extremely Western-centric, and it was difficult to find literature and media that didn’t vilify Muslim characters. As the oldest of five boys, Nouiouat wanted to change that for his younger brothers. So, when he found himself with extra time over winter break, he started to write, penning a novel that centers on a young Muslim hero and features an overlooked part of history. The result was The Adventures of Nur Al-Din, a 224-page young adult novel that became available on Amazon in June.

Set in the 16th century, the book features Farid, a young boy who comes of age as the Spanish Empire is attempting to take over his land. In a bid to protect his country and family, Farid joins a crew of pirates that are defending the Mediterranean coast.

The story is inspired by the contentious history between the Spanish Empire and Algeria and Tunisia. Over the course of his research for the book, Nouiouat discovered that as part of a sixteenth-century attempt to remain Catholic, Spain forcibly removed Muslims who had lived there for hundreds of years. Subsequently, the empire even began trying to colonize the countries to which Muslims had fled.

“A lot of the history that we’re taught is Western-centric and it really shows one perspective, whereas if you try to find the other perspective, you can find a more balanced medium which is closer to what truly happened in history,” Nouiouat said.

Though Nouiouat started and published The Adventures of Nur Al-Din within a matter of months, the writing process wasn’t without setbacks. With no experience in fiction writing, he learned about plot lines and character development as he wrote. By the end of the break, he had completed a 90-page novella – and then he started over.

“I realized that the quality that I had written in the first few chapters of that book was miles away from the quality at the end of the book,” Nouiouat said. “My writing improved so much by the end, and I just realized. . . ‘let me take this new skill that I’m starting to build and try something with a different plotline.’”

Deciding that he had overdone the positive messages on his first try, Nouiouat focused on creating a more exciting plot that would captivate his brothers but still teach them good values.

“When I was writing, I was kind of just envisioning a story unfold before my eyes and I was just like narrating what had happened,” Nouiouat said. “My eyes would kind of glaze over, just typing away, so that’s why I was able to work in these spurts and get a lot of work done really fast.”

The project wasn’t Nouiouat’s first experience with creating media that represents his faith. As a junior, he founded The Irving Muslim, a digital and print newspaper that focuses on sharing the stories and perspectives of the city’s Muslim community.

“I just found that there was a lack of information, a lack of an outlet where people in my faith community – the Muslim community of Irving – could just talk about what was happening and share good news, promote events, share good stories and things like that,” Nouiouat said.

He started passing out copies of the paper at his mosque and soon had other people interested in writing for it. Nouiouat said that it was rewarding to be able to give other people in his faith a platform to share their interests and express their voices. After producing the paper for a few months, he was approached by the North Dallas Gazette, a member publication of the Black Press of America that focuses on the North Dallas African American community. Wanting to connect different minority groups in Dallas, they asked Nouiouat to write articles showcasing what the Muslim community was doing in Dallas.

Like his other writing projects, the novel was deeply integrated with Nouiouat’s family and faith community: his father is from Algeria and his mom from Tunisia, and it was their heritage that led him to explore the countries’ histories. While he occasionally doubted himself, the book’s connection to his family and faith gave Nouiouat an edge in his writing.

“Sometimes you don’t even want people to read it…I felt that imposter syndrome for sure,” Nouiouat said. “But I think the fact that it comes from a very deep connection with my family and my faith, I feel like that kind of gives me a superpower because it just fuels me further than I think other things could.”