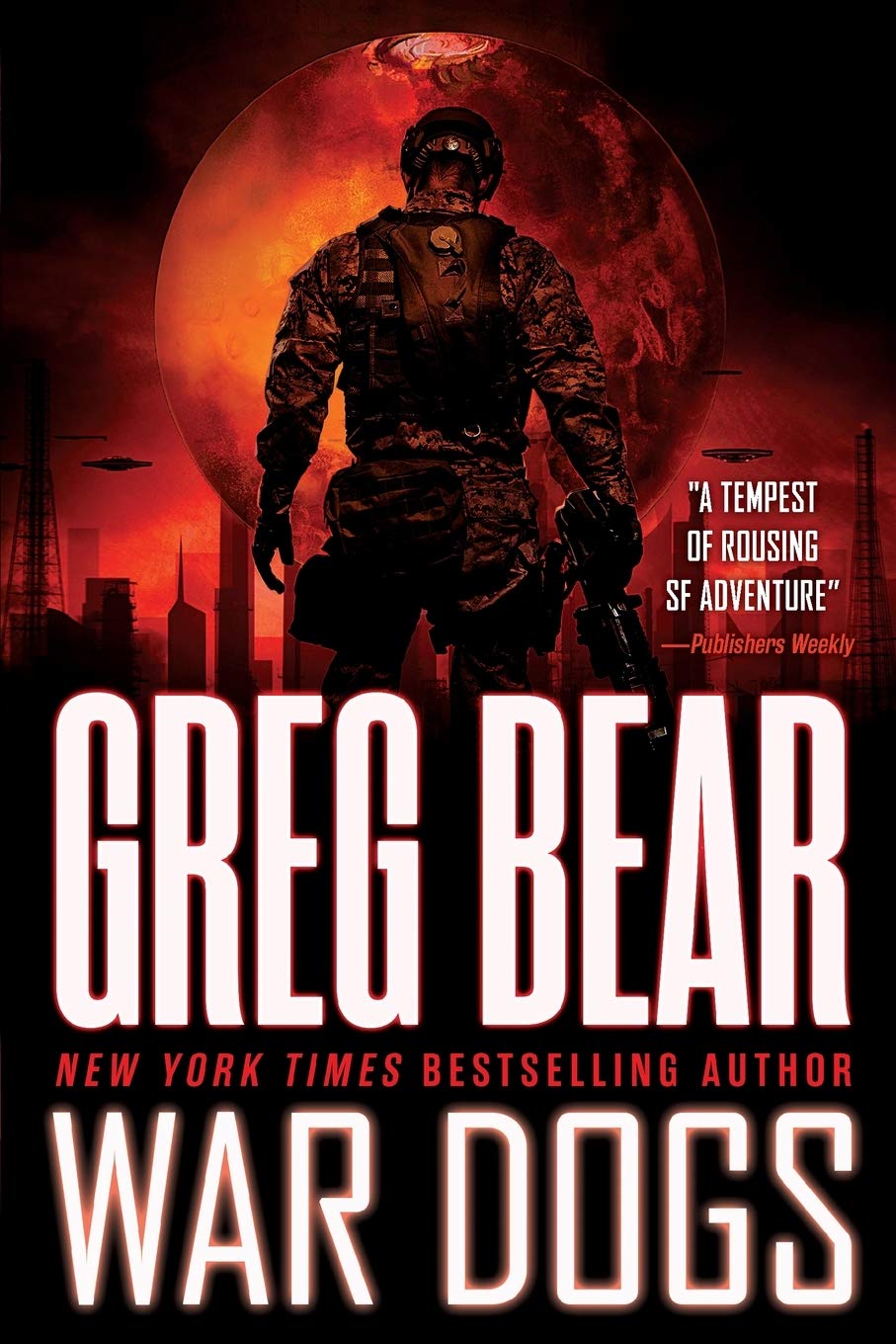 Interviewing Vietnam veterans was certainly one of my more formative high school experiences. I remember long nights in garages among folding chairs and spent beer cans, asking for permission to record and getting several expletives along the lines of “sure, why not” in answer. The context of these conversations gives a bit of background for why I want you to pick up Greg Bear’s “War Dogs” at your earliest convenience: this book, set on Mars in the midst of an alien conflict, is reminiscent of a true military story.

Bear is well-known for his work in science fiction. Well-awarded, too: he’s got two Hugos and five Nebula Awards for a reason. Any one of his books would appeal to the UTD crowd, from the FBI counterrorism procedural “Quantico” to the “Legend of Zelda”-esque “Songs of Earth & Power.” He… also wrote several of the “Halo” novels, which you Brian David Gilbert fans might appreciate. “War Dogs,” however, stands out from the crowd due to its unique narration and incredibly compelling story structure.

The narrator, Master Sergeant Michael Venn, alternates between telling the story of his experience as a Marine on Mars and the trouble he now faces back on Earth, with his unit lost in the dust and a government conspiracy brewing to cover it all up. He questions why they were ever sent there, fighting and dying to repay an alien civilization that may not actually have humanity’s best interests at heart.

Bear’s background in government consulting and science lends a healthy dose of realism to the story, but what really makes it stick is the humanity written into it. He never lets you forget the trauma of war and its impact on the narrator, who slowly comes apart over the course of telling the story. Congratulations, Greg! You’ve joined the higher end of my tier list of authors who are frighteningly good at writing panic attacks, which is both a substantial achievement for him and a possible warning for the prospective reader.

That writing style quickly becomes the highlight of the novel. The setting by itself wouldn’t be all-too interesting: the dusty and desolate Martian surface, the cramped interiors of tents and tunnel systems, a single living room once the main character returns to Earth. Sergeant Venn’s inner monologue throughout all this, however, stays tense and well-paced enough to keep you on the edge of your seat. Brief phrases like, “Fear is a drug you need to survive,” are framed beautifully by more extended- and horrifying sequences like the following on the enemies’ biological weapons used against the Skyrines (Earthlings’ word for the Marines sent into space).

“We panicked,” he says. “We would have killed each other rather than face the goddamned needles, and now that stokes my rage, the rage that eats me inside, that makes me less than a human being forever after, not just because I’ve seen my fellow Skyrines die horribly, but because I was forced to want them to die instead of me…”

With narration like that, I hope you’ll understand why I read this whole thing in one go rather than spacing it out over break as planned. If fear is a drug, it’s an addictive one, and very much succeeds at making this a great read – especially when paired with a haunting and brilliantly-executed series of plot twists near the end. I’ll let you discover that by the light of your own flashlight at three in the morning.

“War Dogs” is an excellent choice for your CDC-recommended five days in quarantine. Escape the existential dread regarding classwork and the ongoing global pandemic for a while, and replace it with the existential crisis of what creates and destroys humanity! Let’s just hope that the war against the virus ends a bit more positively for us than either the real one in Vietnam or Bear’s idea of one on Mars.