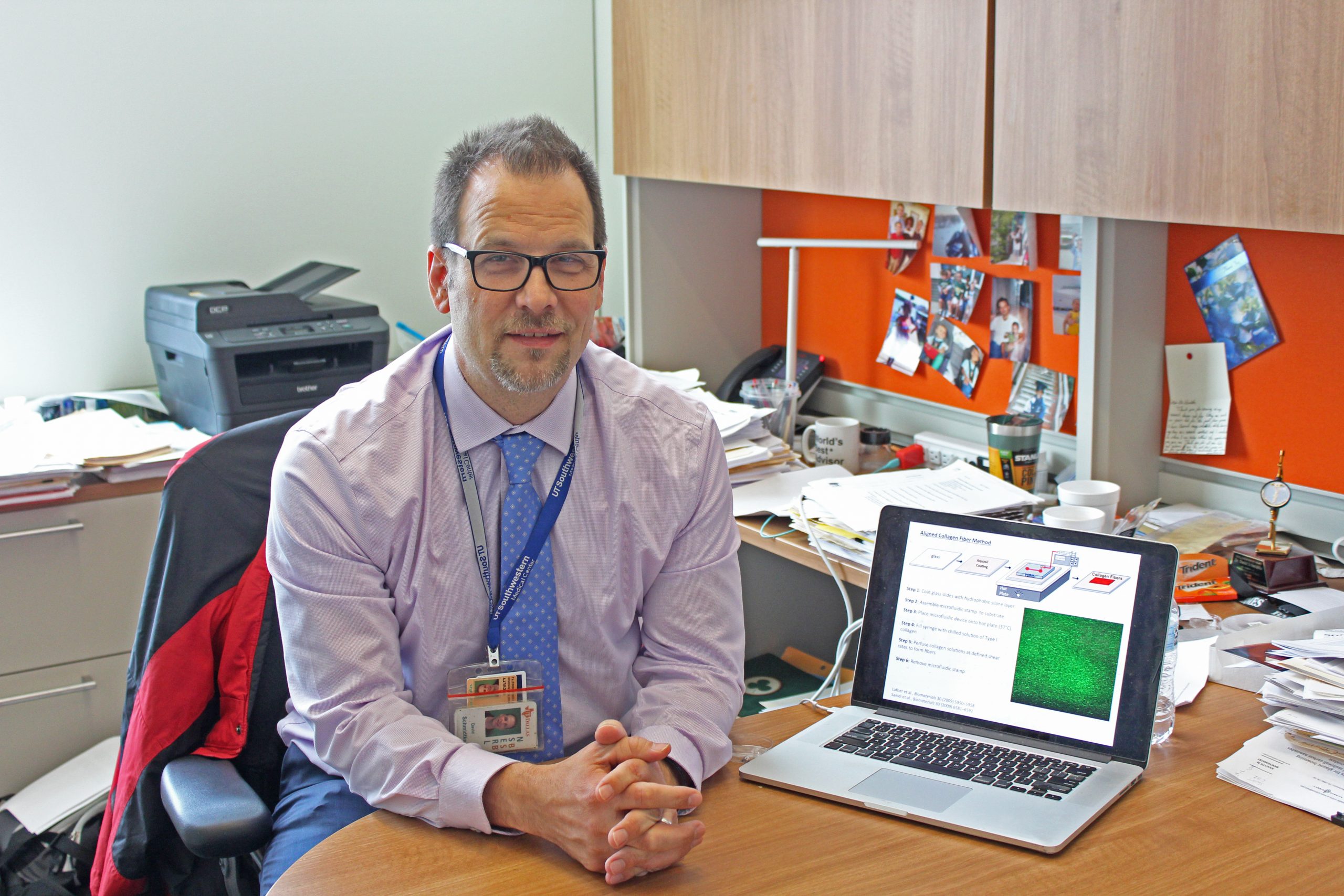 UTD researchers hope to push drug research forward by developing technology that mimics the human eye, to provide some insight on how exactly the eye heals.

Researchers in the department of bioengineering at UTD are working in collaboration with UT Southwestern Medical Center on the project. Professor of bioengineering and principal investigator David Schmidtke said small ropelike bundles of collagen called fibrils and their aligned crisscross arrangement in the eye is believed to have an effect on the healing of injured eye tissue.

“What we’re trying to do is create an in-vitro platform that can answer some of these questions,” Schmidtke said. “If we can mimic the structure of these collagen fibrils and then combine them with growth factors and grow cells on them, we can then see how important the alignment is to these fibrils.”

The experiment employed the use of microfluidic devices, small plastic pieces with thin hair-like channels that allow fluid to pass through them, Schmidtke said. Graduate research assistant Kevin Lam said he worked on developing a substrate, a surface for the chemical reaction, that would mimic the structure of the cornea and provide a surface on which to place the collagen fibrils.

“In order to do that, we employed a microfluidic device that would attach over glass,” Lam said. “Then from that we infused a collagen solution.”

A cold collagen solution was infused through the microfluidic device while the device was on a hot plate, Lam said. This formed an aligned collagen fibril on top of the glass substrate he developed.

Possible applications of the research, Schmidtke said would be to test the effects of certain drugs on eye healing.

“Right now, it’s being used to understand some of the biology of the cornea. Assuming that it’s an accurate mimic, then potentially you could start doing some drug screening assays,” he said. “If the cells behave similar to what they would do in vivo, then you can start looking at how drugs affect the wound healing process.”