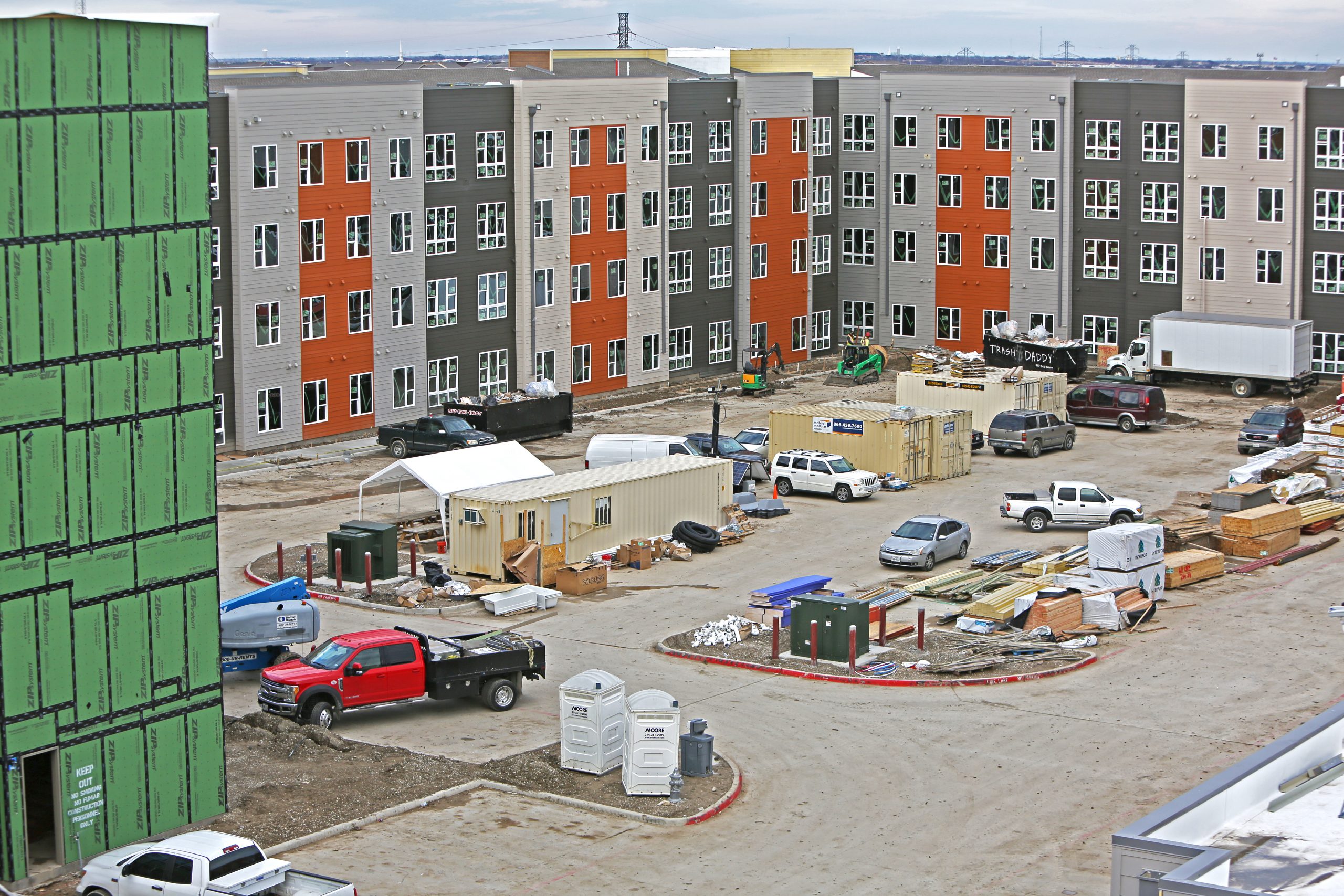 Residents will be able to control the lights, front door lock and thermostat through smart home technology called The Hub. Photo by Roshan Khichi | Mercury Staff

“The growth of UT Dallas is one of the fastest in the country and there was no purpose-built student housing at UT Dallas prior to Northside. The university had residence halls and there’s some older housing … but nothing recent, nothing you think of as purpose-built student housing,” he said. “The university wants more students living closer to campus. They have a better college experience when they live closer, and it’s safer.”

Upon its completion, Miller said Phase Four will mark the end of Northside’s expansion for the foreseeable future.

“I think that’s the extent of what we call Northside as far as the residential and retail components,” Miller said. “I think what’s to be developed north of that is still uncertain. It’s possible that it would include some residential (areas), but I think that’s a few years away.”

Coinciding with the construction of the new phases, a new DART station is being built near Northside. Despite the increased travel capabilities of tenants, Miller said the complex’s primary target consumers will be students at UTD.

“I see the DART line as an amenity for those at Northside to not have to get in the car to go somewhere. They can easily walk to the station and go to City Line, or go to the airport and not have to move their car,” Miller said. “We definitely see it as a tremendous benefit for international students as well as out-of-state students.”

“The Hub will be able to control the front door lock, the lights in the unit, as well as the thermostat,” McBurney said. “So, say you went out of town and the temperature dropped to 35 degrees as happens in Texas. You leave, it’s 70 degrees, and five hours later, it’s 35 degrees and your AC is on and you need to flip the heat. You’ll be able to do that from your phone wherever you are.”

Alongside the technological additions, Phase 3 will include various physical improvements. McBurney said the interior changes, including wood flooring and color scheming were aimed at achieving a more modern look.

“One of the other differences is an upgraded furniture package, as well as wood plank floors in the bedrooms. So instead of having carpet, it’s wood plank all the way through, which is really nice because it’s a more luxurious type of floor,” McBurney said. “We’ve also updated the kitchens. Cabinetry is going to be completely different and more current, more modern with gray bottom cabinets and white upper cabinets.”

Despite the new phases, Miller said the prices at pre-existing complexes will not be affected.