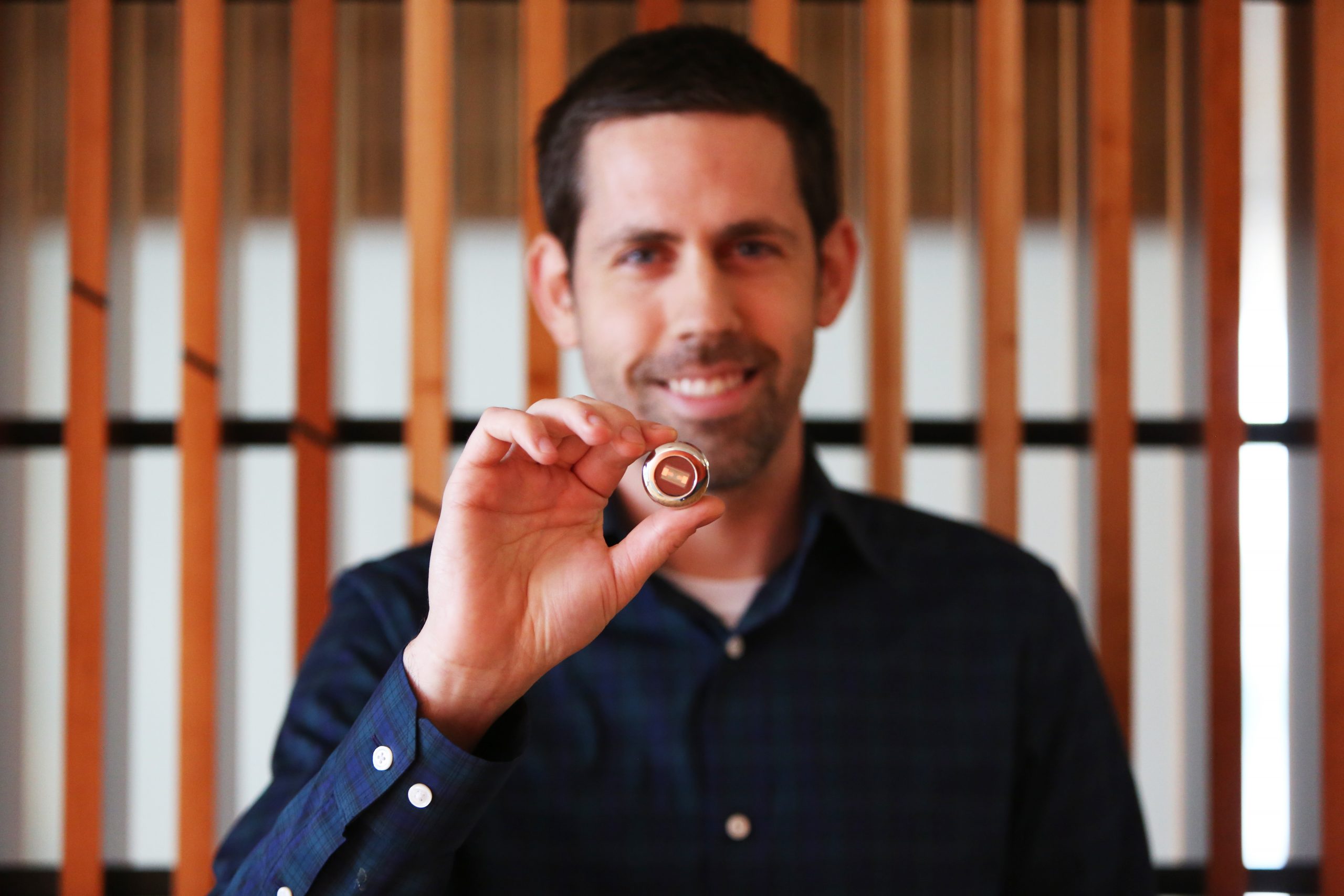 Editor’s Note: Professor Hays’s name has been correctly attributed to the photo.

A UTD-developed nerve stimulation device may increase the success of rehabilitation after a stroke.

A five-year $1.4 million grant from the National Institute of Health is covering the three years of FDA clinical trials necessary to bring a new vagus nerve stimulation device into the market. Primary scientists include assistant professor of bioengineering Seth Hays as well as engineering and neuroscience professor Robert Rennaker.

The vagus nerve is a cranial nerve located in the neck, and it exerts control over many organs including but not limited to the heart, lungs and digestive tract. Implanted and external vagus nerve stimulation devices have been on the market for some time, but this new type aims to be more effective and less invasive.

“We’ve done a lot of development leading up to this,” Hays said. “It shows that if you stimulate the vagus nerve when somebody is getting rehabilitation, the brain is more likely to change.”

Hays said the device that they have developed doesn’t have a battery or leads, and goes directly on the nerve. There will only be one incision needed for the surgery instead of the two made by current methods. It’s less than a few square inches in area, and it will be compatible with a mobile app that patients and doctors can use.

“Mostly what we’ve done over the last seven years is animal research, just trying to improve the delivery of the therapy,” Hays said. “We also want to understand how it works, how do we see these brain changes.”

Rennaker said the production of the new VNS device is cheaper and can be made through automation. The devices are created with a wafer, a thin slice of semiconductor, and then sealed between two layers of glass for protection.

“I really wanted to do something that had clinical impact,” Hays said. “Stroke is a huge disease; it affects roughly a million people per year.”

Hays said that the device electrically stimulates areas in the brain that then release neuromodulators, substances that affect the function of neurons. These neuromodulators enhance the changes in your brain. The stimulation acts as a kind of boost the brain uses to help rewire itself.

“The changes in your brain relate to the training you’re doing,” Hays said. “So if you’re getting rehab as training, you’ll see more rehab related changes, and that leads you to recover better after a stroke.”

“Kilgard showed us that the brain changes when you pair VNS with the presentation of sound,” Hays said. “That laid the groundwork for us to see if this relation would be beneficial for patients.”

Besides stroke, VNS paired with any kind of rehabilitation may be beneficial for patients, Hays said. Several kinds of neurological injury symptoms, such as pain and loss of function could potentially be improved in people using this technology.

“This study tells us that if we use this approach on complicated motor skills, those improvements can filter down to improve simpler movements,” Kilgard said.

While VNS devices are not currently MRI compatible, which can interfere with the treatment of stroke patients, they do offer better technology compared to existing methods.

“What’s different about the grant is the old devices look like a pacemaker. It gets implanted under your clavicle, and then a lead goes and gets connected to your nerve in the neck,” Hays said.  “That’s expensive, batteries die, and then the leads break, they have issues in a whole lot of people.”

Hays said there’s a lot that goes into submitting something to the FDA, especially when it’s implanted.\

“We need to make sure it’s safe electrically, make sure it’s safe chemically and mechanically,” Hays said. “What we’ve done over the last year is get all that testing completed and get everything assembled. The intention is to begin clinical trials next year.”

Hays said that it can take up to 20 years for a drug to go from development to the market. His team has been developing this device for about five years, which he says is an accelerated schedule in comparison.

Rennaker said that the development of this device has been a unique, collective effort. Almost 600 students have worked in the labs, along with a dozen Ph.D. candidates and postdoctoral researchers.

“Now we’re getting to the point of moving forward to humans,” Hays said. “Stroke is really hard to crack, and what we’ve seen so far in these animals and these initial human studies has been really encouraging.”