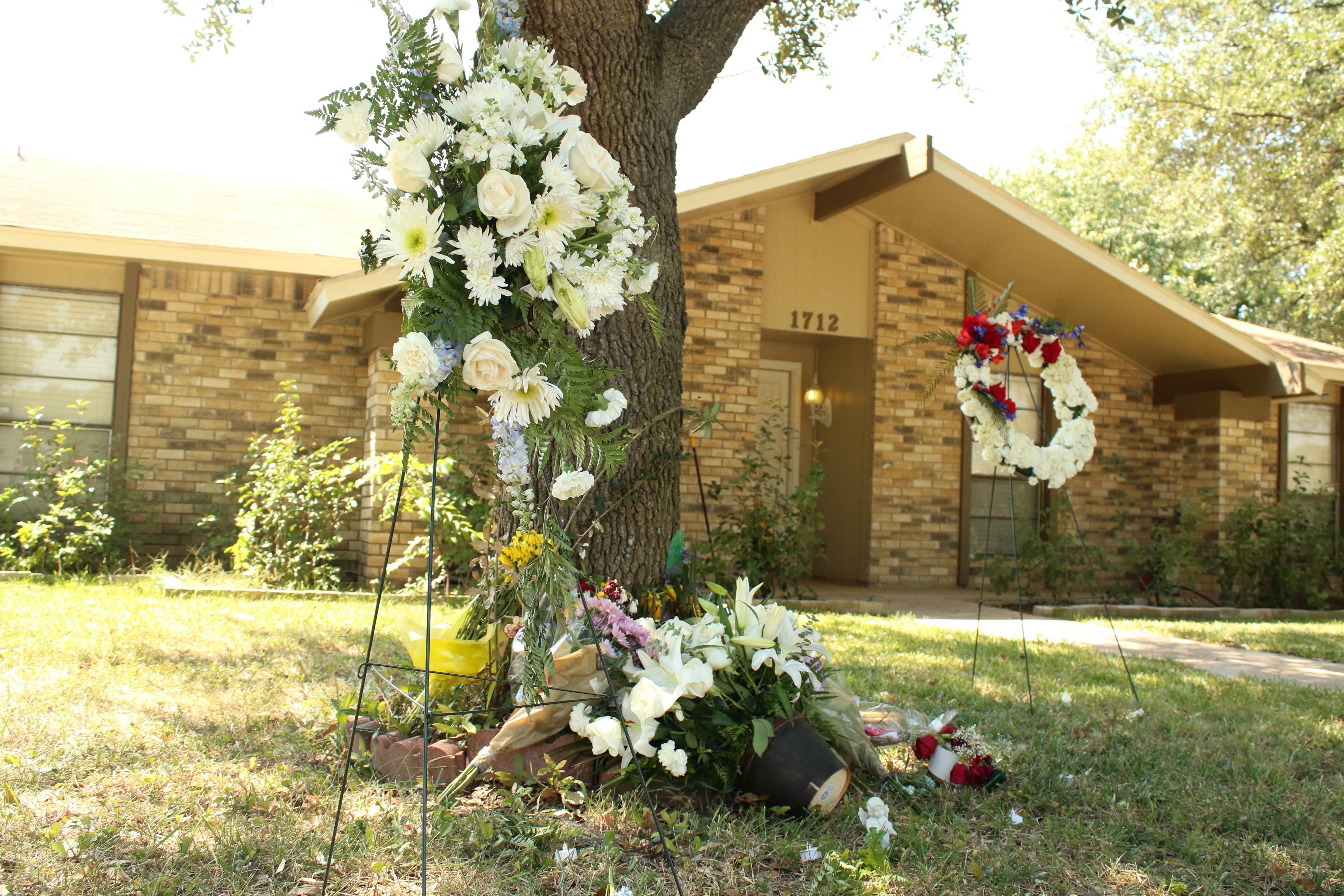 Family and friends created a makeshift memorial in front of the Plano home where former student Spencer Hight killed his estranged wife, Meredith Hight and seven other people on Sept. 10. This shooting had the largest casuality in the city’s history. Photo by Saher Aqeel | Photo Editor.
Featured
News

After receiving the news that their loved ones were victims of a mass shooting, friends and family members are trying to cope with their deaths by remembering their lives.

Jonathan Harvey, a close friend of the victims, met Spencer and Meredith at their engagement party in 2011.

“Those are the memories I choose to stick with rather than getting a call from James’ dad wondering if I’m still alive,” he said.

On the night of the incident, Harvey was supposed to attend the watch party at Meredith’s. After deciding not to go because he was ill, Harvey said he planned to attend the next party, unaware this would be the last. When he found out what happened, he said he couldn’t believe it.

Harvey met Dunlop 15 years ago during his freshman year at Allen High School. They were both in marching band and played the trumpet together. Despite attending separate colleges, Harvey said he always kept in touch and visited Dunlop.

“James was kind of like the glue that holds all the friends together,” Harvey said. “He didn’t say a whole lot, but typically speaking, he was the one that always had his act together, he was always the successful one you wanted to be like. He was always planning some new project or trip or engineering some new thing for his house.”

Harvey said he travelled with Dunlop and shared an array of experiences. Throughout their undergraduate careers, they kept in touch through video games and weekend trips back and forth between UTD and OU where Harvey attended college. Dunlop would even travel to Oklahoma to attend band performances and show his support for Harvey.

“The most recent trip we took, we hadn’t had a vacation-type trip together in quite a while so we went on the spur of the moment (trip),” he said.

The duo decided to take four days off work and head up to Kansas City to see the solar eclipse.
“We road tripped up there, it was like a nine-hour drive, and stopped at a whole bunch of little out of the way, hole-in-the-wall kind of diners, got up there to go see it, and of course it was pouring down rain,” he said. “We wound up in some random place in Missouri, some little backwater town in a Wendy’s parking lot just to see it.”

Harvey said Dunlop was a huge inspiration and that he would not have been able to receive a scholarship to OU without Dunlop’s dedication to helping him with his studies.

“He always impressed me. Out of all my friends he would never ever judge you for anything, but he always somehow managed to make you feel like you need to work harder because he would go out and buy a house and all the rest of us would be like, ‘Oh yeah, we’re supposed to do that as adults now,’” Harvey said.

Over the years, Dunlop maintained a close friendship with Harvey and introduced him to his friends, such as former Office of Information Technology employee Rion Morgan.

“Rion was usually kind of like the goofy sidekick. We went down to that huge Halloween party at the block that they do down in Oak Lawn every year,” he said. “We were down there and Rion was geeking out about every costume he saw, he was like, ‘Oh my God, it’s Darryl Dixon from the Walking Dead, someone quickly take a photo.’”

Chemistry senior Nick Disiere worked shifts at the UTD Call Center with Morgan frequently.
“He was the kind of guy who kept action figures in his cube,” he said. “He liked Marvel movies and he was just really happy.”

Even though the job could be stressful at times, Disiere said Morgan managed to keep a positive outlook about it and always made the shift enjoyable.

“Dungeons and dragons, we play games on the computer when there weren’t calls,” Disiere said. “It was fun, you know? He made a potentially stressful environment very fun. And he was also the kind of guy who would come in at 8:00 a.m. and leave at 8:00 p.m. even though he was a salary employee and he wasn’t getting overtime, because the job had to be done.”

After college, Harvey and Dunlop became roommates. They would throw watch parties for football and Game of Thrones where they would play games and drink with their friends.

Harvey also said no matter what the activity, the group had a blast as long as they were together.
“It was a really weird mix, we’d either be super nerdy and watching Star Trek and geeking out about the design of star ships, or we’d be drinking a whole bunch, or going on a road trip to go outdoors somewhere,” Harvey said.

Harvey said his experiences with the group were enjoyable. He recalled every time they had a get-together, Meredith would always cook something, and that her bringing home extra chicken from Raising Cane’s after work was an added plus.

The relationship Harvey had with Dunlop, Morgan, Meredith and Spencer was unique he said, and when he heard the news of the shooting he had a hard time processing it.

“I know it’s really easy to paint Spencer as an evil villain … but he wasn’t always that way,” Harvey said.  “Don’t get me wrong, Spencer was a very angry drunk, he always was, he’s the kind of guy that, he might do something when he’s drunk but when he sobered up he would immediately regret and be like, ‘Yeah, that was really stupid.’”

Sept. 11, the day after the shooting, would have been the Hights’ sixth wedding anniversary.
“This is the first group party that you weren’t allowed to go to because most of your friends chose your wife over you … You know, you put those things together and you get enough alcohol … wars have been started for less,” Harvey said.

Among the victims of the shooting was alumna Olivia Deffner, who enjoyed travelling and visited a variety of countries such as Germany, France, Spain, Portugal, and even lived in Japan for three years as a child.

While she was originally set to attend Texas A&M, she chose UTD because she wanted to experience the culture and opportunities Dallas had to offer, her father, Hans Deffner said.

“There is a quote from Mark Twain. I don’t have it committed to memory, but he talks about how traveling eliminates all bigotry and narrow-mindedness because it exposes you … to a broader spectrum of people, and I think Olivia embodied that,” he said. “I mean, if there is one quote I’d link her to it’s that one, I mean, she loved everyone.”

Regarding the incident, Deffner said an important takeaway is to reach out to friends and family and care for them as much as possible. While his family kept in touch often, others often cannot say the same.

“I think we all lead real busy lives and we’re all busy doing 10 million things a day and we just sometimes forget about those who are important to us,” Deffner said.

Among her favorite things to do was meeting new people, and she would walk up to random people and introduce herself, Deffner said.

“She was a good, loving person, love is the word she embodied and exemplified,” he said. “On her travel blog, her slogan was, ‘Wherever you go, go with all your heart,’ and that’s how we like to remember her as.” 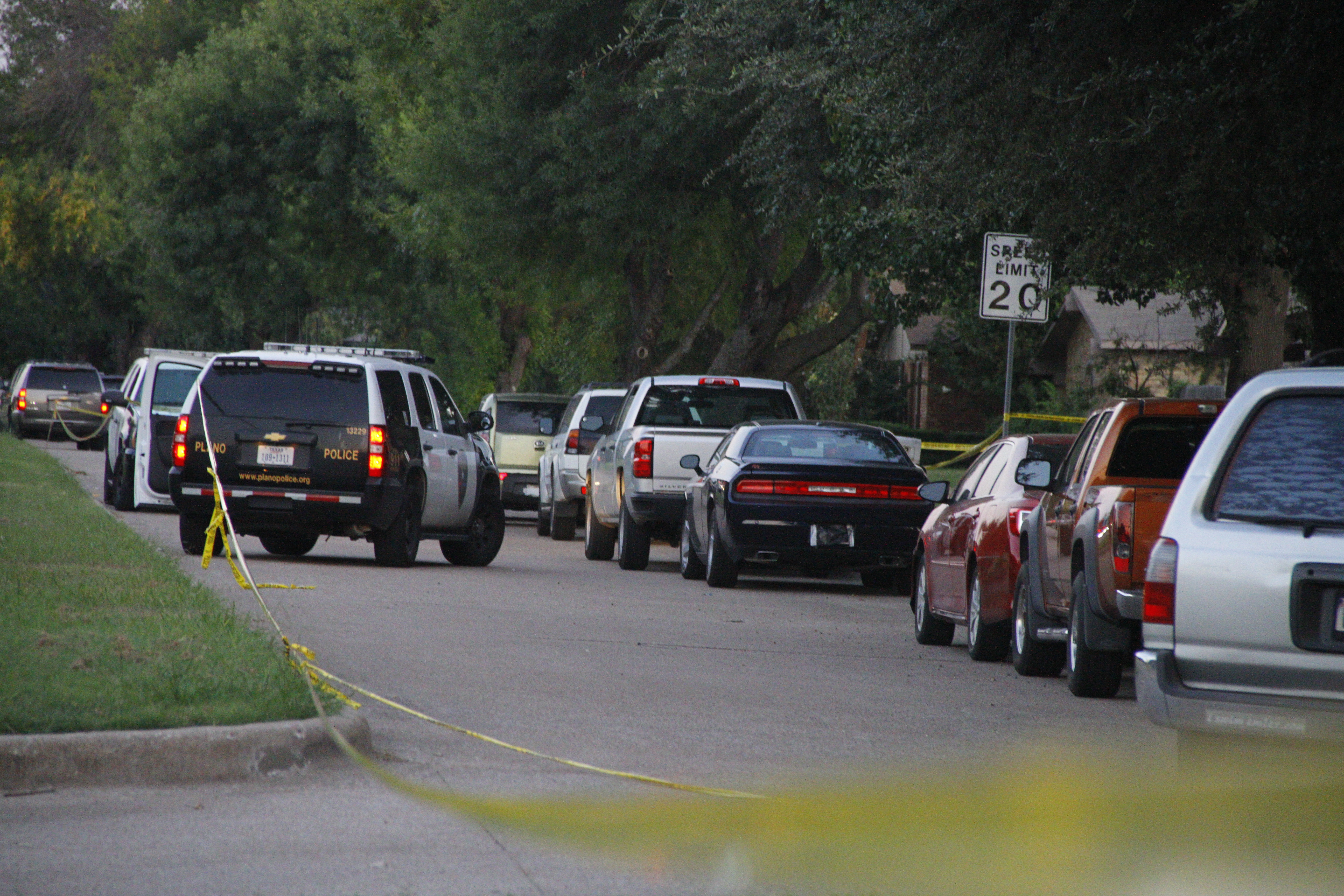 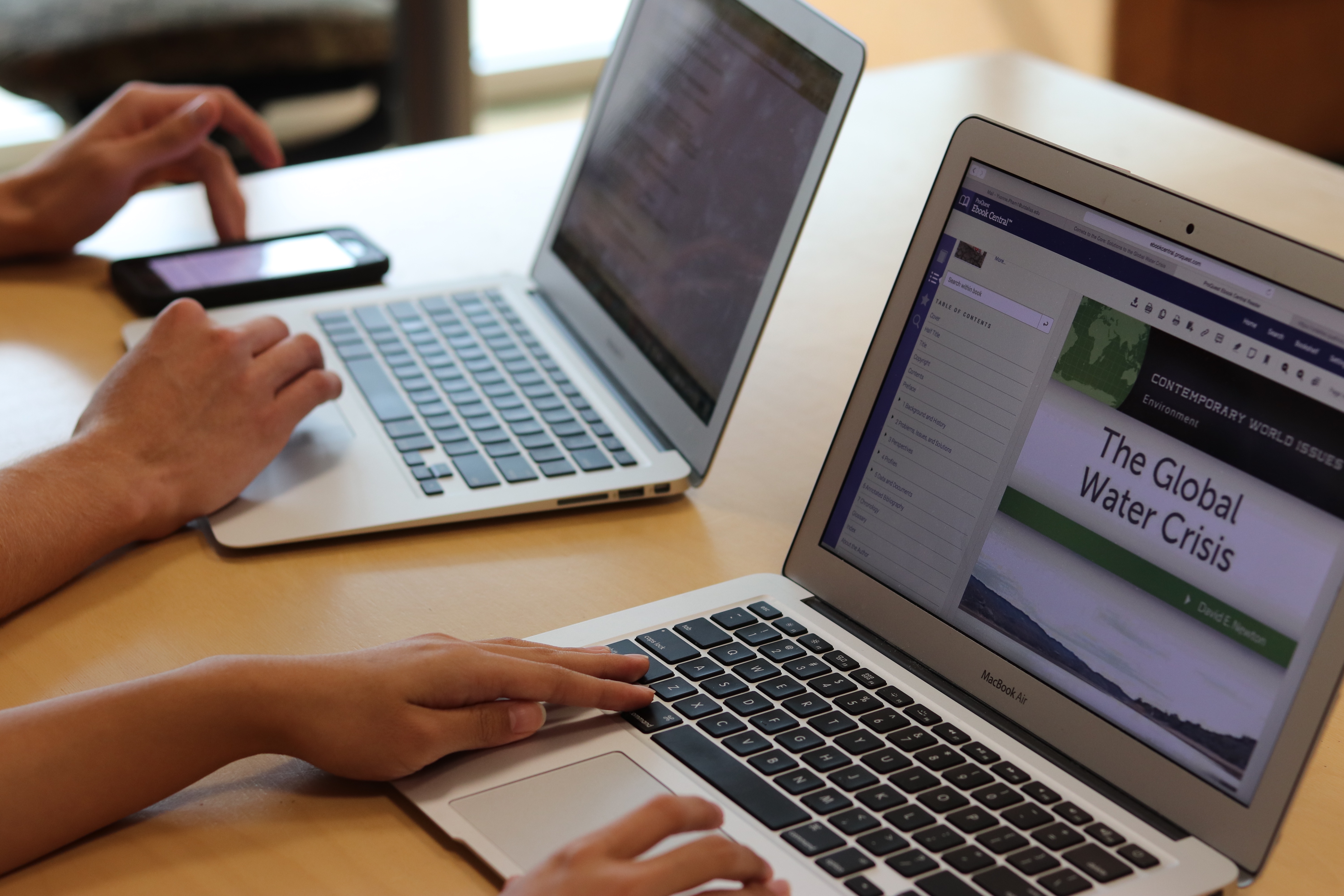