Recorded lectures are easier to provide than ever, shown to improve student learning outcomes without dramatically impacting attendance rates 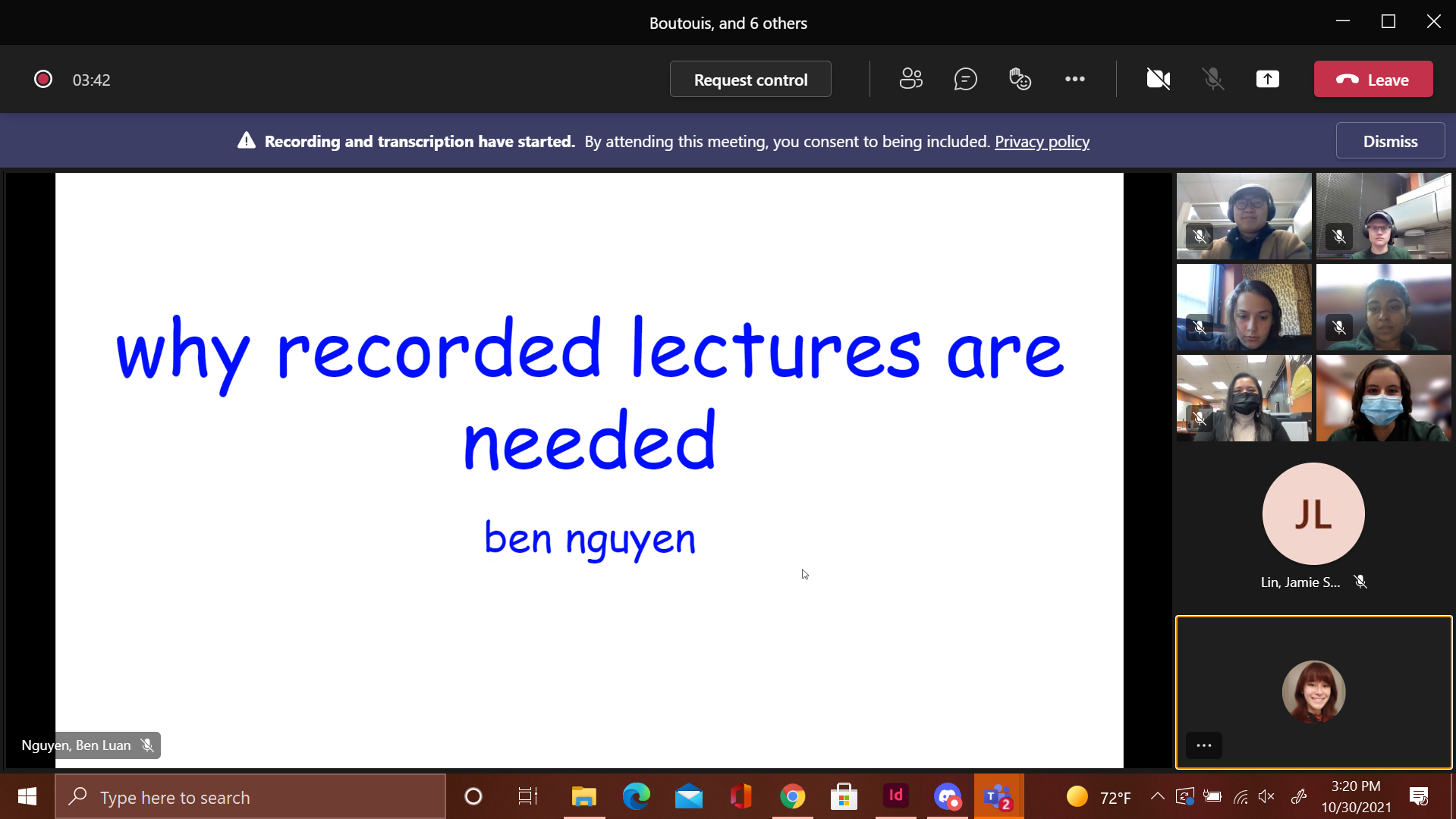 Wherever possible, recorded lectures should be made available as the latest tool that students can add to their study arsenals, not the latest excuse to miss lecture.

Since UTD returned to in-person operations, some professors no longer record their lectures. While some professors see this as a return to normalcy, it only deprives students of a resource that is purely beneficial. Recorded lectures only benefit active students, and while they may be of some use to students that frequently miss class, affording students flexibility shouldn’t be a difficult choice given the ease of taping lecture.

Recorded lectures were implemented during the beginning of the response to the COVID-19 pandemic, as students were all forced online and primarily, in UTD’s case, to the platform of choice: Microsoft Teams. An additional boon was that Teams allows easy recording of any meeting or lecture alongside an automatic transcription service for recordings. All a lecturer has to do is click the record button, and the video will be easy to share. And even as courses return to classroom instruction, most professors use PowerPoint presentations to guide their lectures, which is a format that can easily be recorded for students’ reference. Recorded lectures allow students to bolster their notes and review and listen to the material in a clearer way than what is often described in textbooks.

But not all lectures are recordable, and this isn’t compatible with all course formats. If a class is discussion-based or requires active engagement with the professor or with some technology, recorded lectures don’t capture the essence of what is being taught. However, for lecture-based classes in which this isn’t the case, recorded class sessions can be a great study resource.

And this makes sense. A student who isn’t motivated to attend class isn’t likely to watch a recorded lecture instead, as that would require the same time commitment. If a student isn’t willing to spend time attending the original class, why would they watch it later? In comparison, a dedicated student might actually use a recording to supplement the notes they already have, catch up on a missed lecture or try out a different method of learning.

If professors want to enforce attendance, there are better ways of doing so than depriving students of a valuable learning tool. Some professors offer credit, normal or extra, for attending class in person, and others provide in-person activities that bolster learning that aren’t available in a virtual environment. Additionally, the benefits of attending class in person are well-documented, with the Journal of Learning Design study also stating that students who consistently attend live lectures have higher grades than those that rarely attend in person.

Professors should record lectures that are easily recordable. Everyone on campus has access to Teams, which records meetings and classes with simplicity. Recorded lectures aren’t the sole reason why students don’t attend class; they’ve simply become the latest excuse along with oversleeping and the dog eating the homework. In a time of necessity, this resource should be available with all other resources to students going forward, not discarded in a misguided attempt to “return to normal.”