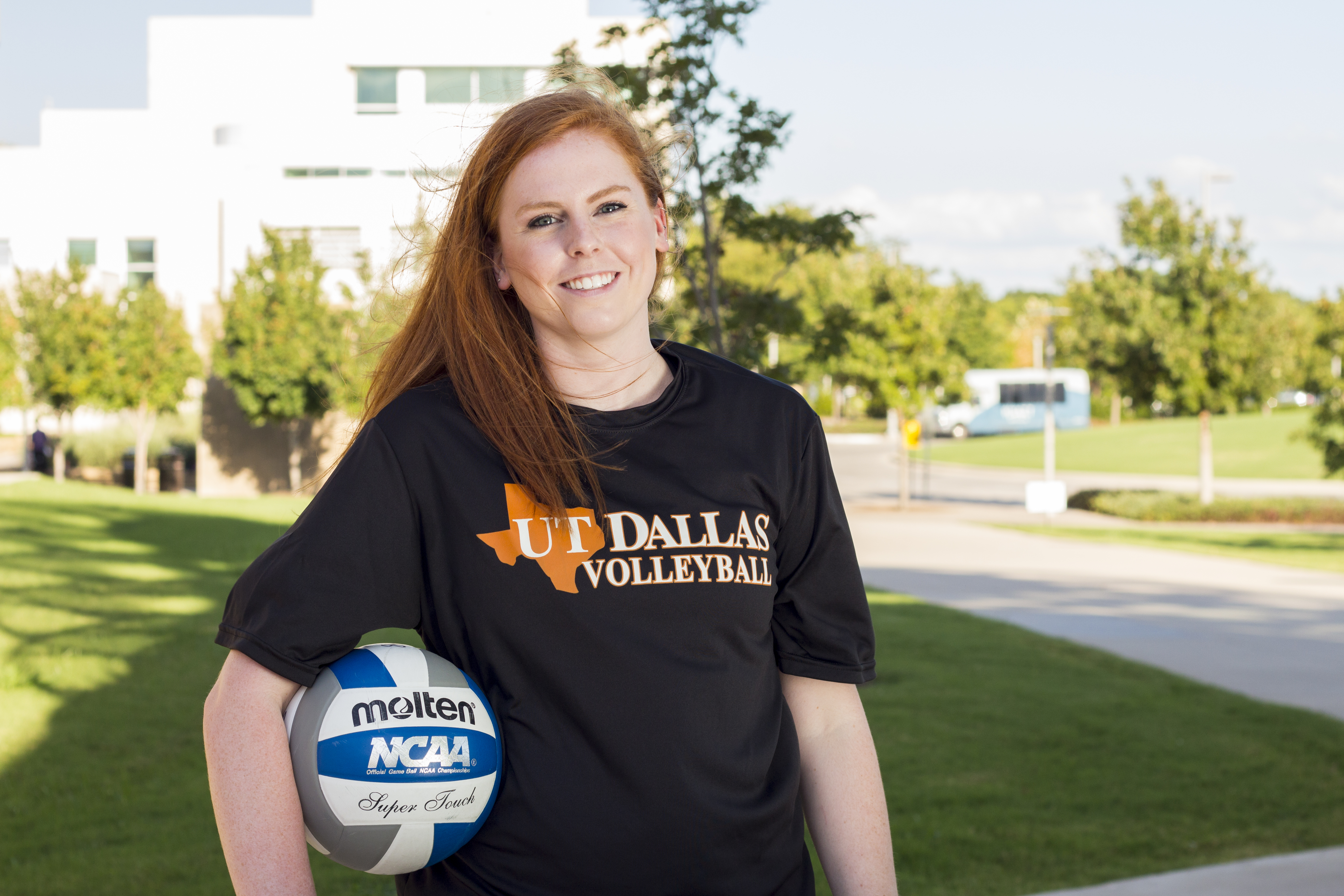 Senior setter and team captain Kayla Jordan became the program’s all-time assist leader on Sept. 4, surpassing the previously held record of 3,872 assists. She said she has become more confident in her playing skills during her time at UTD.
Sports
Volleyball

An afternoon match-up on Sept. 4 featured the women’s volleyball team and the Southwestern Pirates as they opened their weekend tournament play. In the first few minutes of the game, history was made.

At the end of the 2014 season, current senior setter and team captain Kayla Jordan was just 34 assists shy of the program’s all-time assist record.

“I was just like, ‘If we would’ve played one more game,’” Jordan said.

After breaking the program’s individual single-season record with 1,391 assists as a sophomore, Jordan realized that the all-time career assist mark was an attainable goal.

“Since then, I kept working to get that,” she said.

In the first home game against Wiley College, Jordan tallied 34 assists to tie the record.

With her first assist against the Pirates, she became the program’s sole all-time career assist leader — breaking the previous record of 3,872 career assists held by Niki Calverley.

“It was exciting to be able to reach that so early in season and, now that it’s over, (it’s exciting to) just focus on the rest of the season,” she said.

Despite the team playing a road game versus Southwestern University, Jordan did not lack an audience.

Jordan’s family made the trip to Georgetown, Texas to watch her make history. In addition to her parents being there, her grandparents, three aunts and two uncles were also in attendance.

Her teammates and the coaching staff celebrated the accomplishment during the game by calling a timeout and presenting her with a commemorative ball.

“I was super excited for her,” teammate Abbie Barth said. “I think that’s pretty incredible that she did it and she did it so early. She definitely deserves it.”

Jordan hugged her family in the stands as the group shared a special moment.

“We were very excited for her,” her mother, Janette, said. “We couldn’t be more proud of her. Of course — being a mom — I cried.”

Barth listed some qualities that make Jordan a good setter.

“She makes a lot of plays, saves a lot of good balls that most likely wouldn’t (have been) saved,” she said. “She’s just a great setter.”

Upon entering the volleyball program, Jordan said her main goal was just to step on the court and play college ball.

Early in the recruitment process, Jordan — then a resident of Deer Park, Texas — was looking at three colleges in Colorado as possible destinations to play.

UTD’s head volleyball coach Marci Sanders reached out to Jordan, expressing the program’s interest in her.

“We saw Kayla play in club and we liked the way she ran the floor, her set quality, her intensity and her competitiveness,” Sanders said. “Kayla was a great fit because she desired to major in computer science, so that’s kind of how it all got started.”

It wasn’t until the summer before her senior year of high school that she made her decision to play for UTD.

“I had a volleyball tournament here in Dallas my junior year and I decided to come stop by (UTD),” Jordan said. “I just fell in love with the school, the coaches and the program.”

The year before coming to UTD, Jordan said she spent a lot of time practicing on her own because her final season with her club volleyball team ended sooner than she expected.

“My senior year (of) club volleyball kind of fell apart,” she said. “We didn’t even finish out the season.”

She said her main focus was on improving her conditioning to get ready for the speed of the game play at the collegiate level. Initially, the biggest obstacle for her as an incoming freshman was psychological rather than physical. She said the biggest challenge was staying relaxed during games.

“I used to stress a lot during games,” Jordan said. “If something wasn’t working, I’d kind of freak out. (Now) I play calmer and (am) more confident in what we do.”

Sanders has seen this development in Jordan’s game.

“Obviously the difference now (with Kayla) being a senior versus a freshman is we can really, really let go and trust her to make the decisions that we’re wanting her to make on the court,” Sanders said.

For Jordan, the driving force behind her motivation both on the court and in the classroom is her family. She said her mother specifically plays a big role in her life.

“My mom actually played volleyball when she was growing up,” Jordan said. “She was a setter. (That) just made me want to play volleyball.”

When Jordan was young, her mother coached her at the local YMCA for two years.

“It was a lot of fun,” Janette said. “The girls were seven and eight (years old). We tried to get every girl to play every position and it just seemed that setter fit (Kayla) the best.”

The bond between the two only became stronger afterwards.

“We’d go outside and play, especially when she was younger,” Janette said. “Her dad would go out with us. She would practice her backsets and her front sets.”

Jordan would sometimes practice outside on her own by hitting the ball against her roof. Her neighbors took notice.

“Some of my neighbors (say) whenever there’s a post (online) about me, ‘See you playing outside all the time came in handy,’” she said.

Janette was at her daughter’s side for the majority of her playing career. Jordan said both her parents inspire her on the court.

“Both my parents are very supportive and travel to almost all the games,” she said. “I play for them and for all that they’ve been through.”

Jordan’s mother said she is proud of who her daughter has become.

“Kayla is a determined young lady (who) enjoys making people laugh,” she said. “She worries about others and she’s just so kind.”

Jordan accomplished what she set out to do from a personal standpoint and said she will continue to extend her record, but there is still some unfinished business.

“These are tiny, little, individual things,” Jordan said. “What I’m looking most forward to (are) the team accomplishments.” 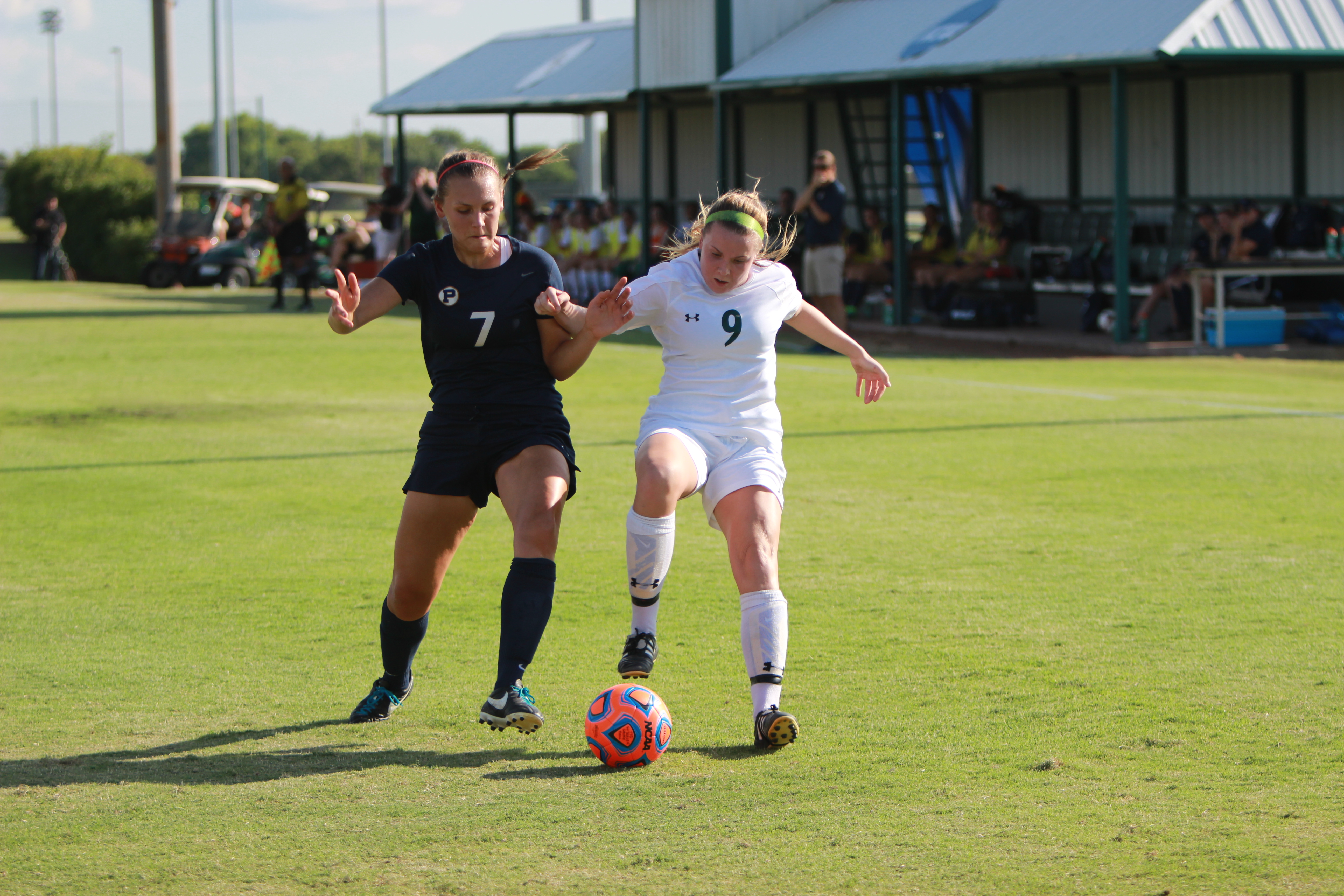 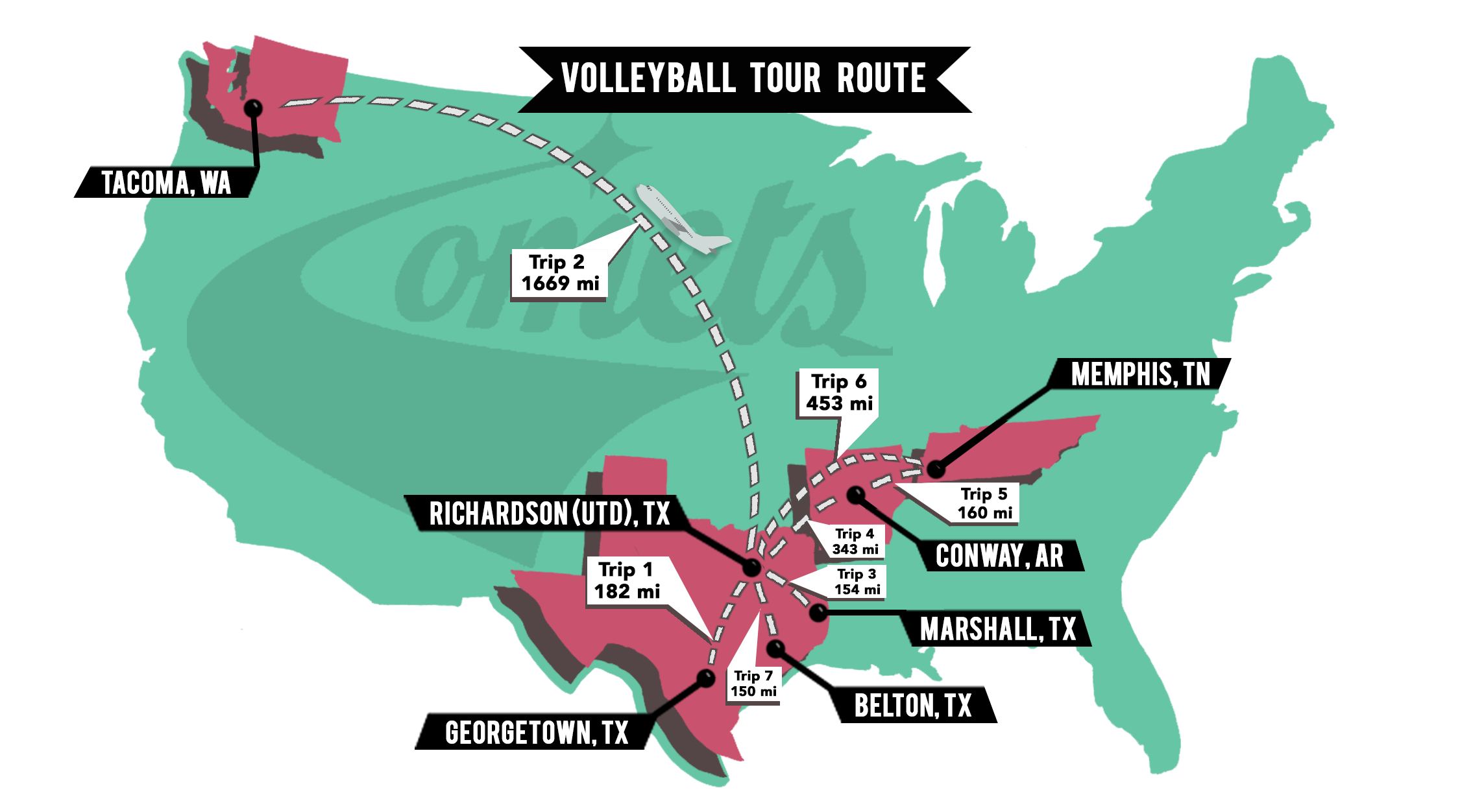