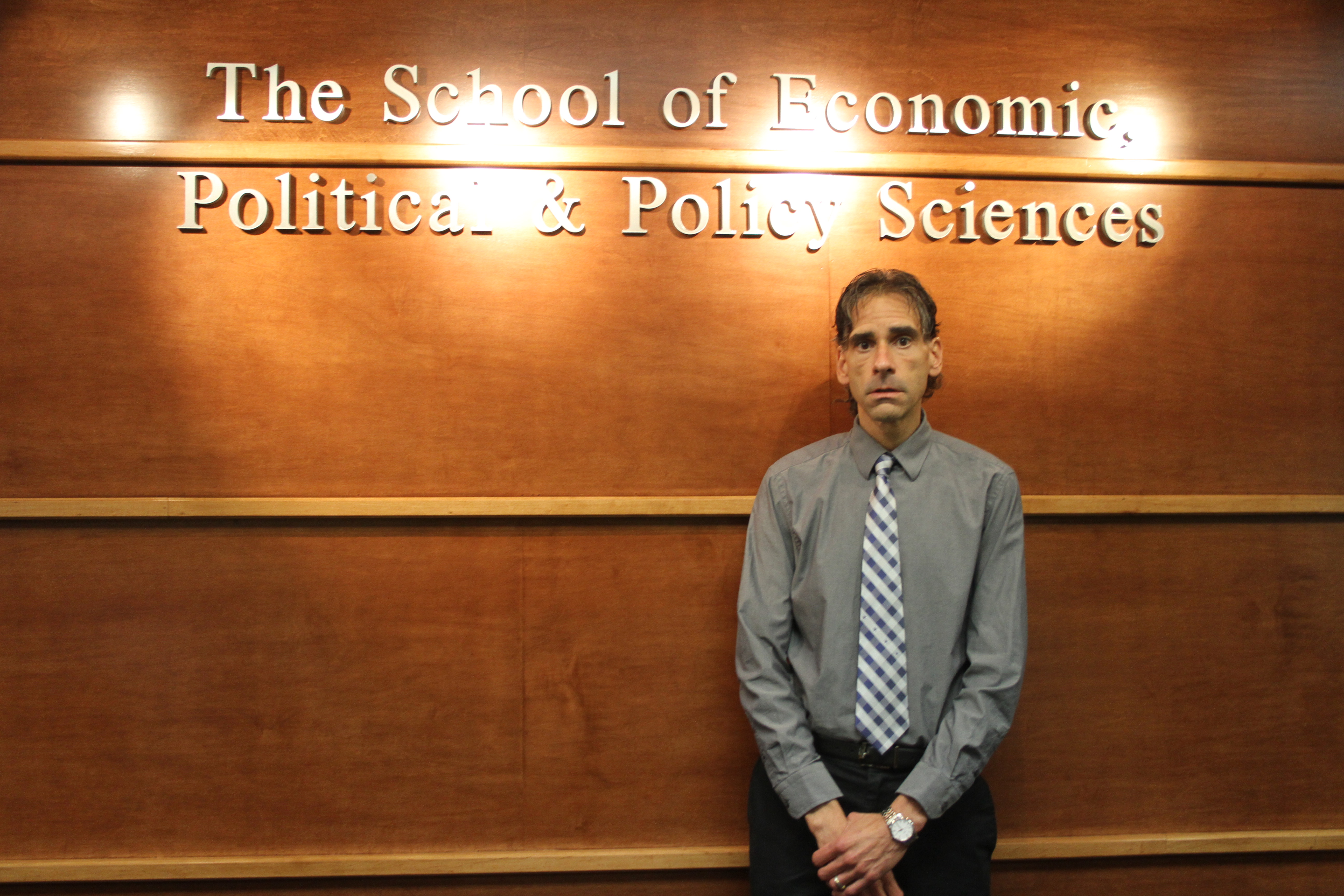 In early August, professor and Associate Dean of Graduate Studies in the School of Economic, Political and Policy Sciences Alex Piquero was named as the chair of UTD’s campus carry working group. The group will meet to discuss SB11, the new state law passed earlier this year that allows registered concealed handgun license owners to bring concealed handguns into campus buildings. The group will also make recommendations about how UTD will implement possible “exclusion zones” where concealed handguns cannot be brought. The Mercury sat down with Piquero to get more information on his role in the group and what its plans are.

Q: What does the law actually mean?

A: “Right now in the state of Texas, people can carry a concealed handgun on university property. The only thing that this law does to change that is it allows (concealed handguns) into buildings. Now, here’s the thing: the (Texas) Legislature left the door open. It allowed campuses to identify zones they want excluded (from concealed carry). So, part of the issues we are working through and (the) System itself is working through is, ‘What’s a zone?’ There are a lot of unknowns because the law was written in a very general way without specifying what those zones could be. So what the campuses are tasked to do is to make recommendations. By the beginning of December, our president will write a memo to (the) System (Administration) that says, ‘Here’s our proposed list.’ Then (the) System goes through all of the lists from all of the campuses. Then they give comments back to the presidents and then the presidents forward another final memo that then goes to the Board of Regents for their review and approval in early 2016. And then (the Board of Regents) makes the decision.”

Q: Is there anything the working group can actually change?

A: “We can recommend. There’s exclusion zone discussion, then there are locations of lockers and then signage. So the lockers (where concealed hanguns will be stored) have to be placed in particular, secure places. Then we have to have signs approved and implemented in particular places. There’s a big layer of complicating decisions that span multiple levels, including cost. The way the law is passed, it assumes that each campus will pick up the tab. How much that will be? I don’t know, because we don’t know how many zones, how many lockers, how many signs. That’s what all the universities in the state of Texas have to do that are public universities.”

Q: What exactly does the job entail?

A: “There are two features to this. The first one is each campus has developed a working group. I’m the chair of our campus’s working group. Our work group goes through discussions about (what) the bill says. We have a timeline to get our recommendations to (the) System sometime in December. (The) System and the Board of Regents make some determinations in early 2016 and then we implement the policy basically next summer and the law goes into effect on Aug. 1, 2016. Every Friday, I then meet on the phone with each of the other liaisons around the UT System. The person who’s coordinating the System implementation of this is our ex-president David Daniel. It’s much more complicated than anybody is ever going to understand. There’s a lot of layers and legislative bills are not very direct. There’s a lot of legal interpretation. I take material that I’ve gathered from our working group and our working group gets information from the campus email (and) from various people who talk to the working group and we transmit that information to (the) System. The idea is (there is) a lot of information gathering and sharing here in this initial stage, because literally everything’s been in operation at the system level for now two weeks.”

Q: Have there been any specific issues here at UTD that the working group has pointed out that have been of concern to them regarding concealed carry?

A: “I can’t answer that. This is part of the issue. We’re discussing potential exclusion zones, which each campus can recommend. That’s something I want to make very, very clear here because there’s a lot of misinformation about this. Each campus can make recommendations to (the) System. We cannot make the decision. The law clearly says that and (the) System has to work through that and then they have to go through the Board of Regents.

Q: Has there been any talk yet of what the exclusion zones will be?

A: “The working group is in the middle of those discussions — both the internal working group and the (System) working group — and the reason why we cannot discuss that is because it’s very fluid. We are only two weeks into this process. We are actively soliciting feedback. That’s why we created the town hall. We also want to make sure that people approach this in an objective fashion and understand what the law says. (We want them to) understand that the president, provost, (UTD Police Chief Larry Zacharias) and myself, we have two goals: one, we have to implement the law. Second, our priority is the safety and security of students, staff, faculty and guests at this university. People need to know that we are thinking carefully about this. We are taking this really seriously and I really hope (that it’s communicated) that the leadership of this institution and myself are committed as much as we can (be) to the security and safety of everybody on this campus.”

Q: Can you clarify what you can actually change at this point?

A: “What we don’t want to happen is for people to say (concealed handguns) can’t be on campus. It’s irrelevant to say that. (Concealed handguns) are already allowed on parts of the campus. The only thing this law does is change the potential location of them. Our task is to implement the law. A lot of people don’t understand that to begin with, so the more they are educated about this the better.”

Q: Is it difficult dealing with people’s lack of knowledge on this topic?

A: “It’s lack of knowledge, uncertainty and fear. That’s always where confusion lies. Part of our town hall (on Sept. 22) — when President Wildenthal, myself and Chief Zacharias give some opening remarks — is to tell people what the facts are. Not our interpretation of the facts. We want to clarify a lot of misunderstanding that people have, because people don’t understand the fact that concealed handguns are available on certain parts of the campus already. They don’t understand that we do not have carte blanche to do whatever it is we want to do. We’re part of a university system that’s implementing what the Board of Regents is going to tell us to implement because this legislature has decided on a particular law. We’re subject to that. But what we will do and we will spend all of our time and energy doing is trying to make sure that the safety and security of everybody on this campus is taken into consideration in every decision we make. The commitment among our leaders is unshakeable on that.”

Q: How are you going to be working with Student Government on this?

A: “Your president, Caitlynn Fortner, is on our campus working group … The student body communicates to her their opinions, comments and concerns … (I ask her) every meeting, ‘What are you hearing from your constituents? What do you want to tell us? What do we need to know from you?’ So her job is to be a conduit between the student body and us. In addition to the campuscarry@utdallas.edu email, we receive comments and questions from lots of different people. So that’s her job and that’s the student body’s job.”

Q: You said you had no real idea of how much this will cost?

A: “We have no clue. I can tell you how much a locker costs, but what kind of locker do you want? We can give you an estimate, but we don’t know how many we think we’ll need. The reason why? We don’t know who has a CHL. So we have to purchase or lease x-number and we just have to make a good guess and approximate. And then we have to implement the signs and the signs have to be uniform across all the campuses. They have to have a certain way it’s written and font and size. It’s a serious undertaking.”