The "esports lounge" promises to provide a new space for Comets to game, so what does the ideal space look like? 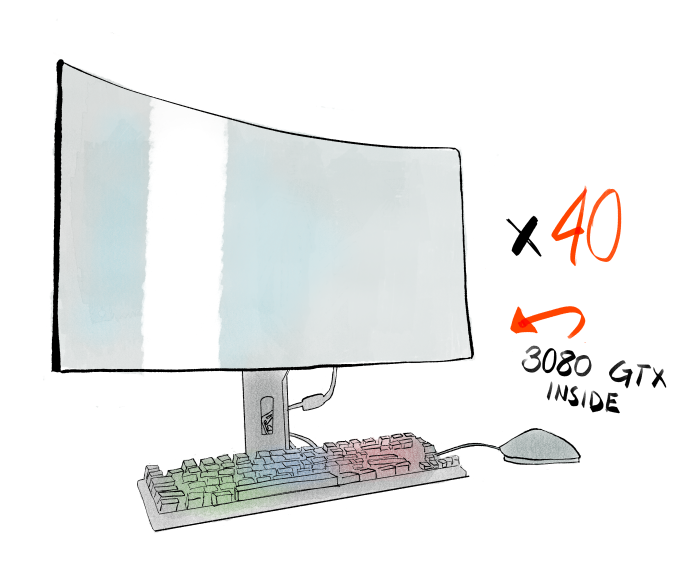 Since UTD has just announced plans to convert the The Pub into a gaming lounge, I’d like to give the University a wish list for the new space from someone who would’ve camped out in a gaming lounge if it had existed during my time.

The future look of the Pub is still fairly ambiguous: while there are a few defined spaces that SmithGroup and the University are looking to design, there aren’t any hard commitments for the space yet. However, with even adding a second floor in consideration, it’s safe to say that, for the time being, the sky’s the limit. With three new main areas, a lounge, a PC café-like space, and an “arena” for match spectating, there’s plenty of room to grow.

The key component of the new gaming lounge is obviously the gameplay space. In the open forum, SmithGroup and the University conceptualized this being split into a lounge space with TV setsand a “gaming station” akin to the familiar PC café setup. At a bare minimum, there should be enough computers to run a local tournament without issue. Since most esports commonly run five-man teams, 40 PCs would allow four prospective rounds of a tournament torun at once within the confines of the Pub. Besides providing ample space for students looking to rent PCs in their free time, being able to run LANs will let students experience the thrill of offline competition with a low barrier to entry, much like how intramurals let nonprofessional students play traditional sports.

Of course, having 40 PCs won’t matter if they can’t boot up “League of Legends”. While it may seem obvious, having setups that can properly play video games for a few years at a time is paramount to keeping such a space alive. I’m no hardcore PC builder, but the University should invest in PCs with capable parts, something akin to the NVIDIA 3080 GTX series today at the time of the lounge’s opening. If within a year, the prospective student can get a machine that runs games better than the gaming lounge’s PCs for $100, the appeal is lost. Why pay an hourly rate to play on a potato?

In addition to the main “gaming station” space, there are also plans for a general gaming lounge. My wish for this section is twofold – both enough space for fighting game tournaments and enough versatility for a non-gaming club to be able to use the space. The fighting game community at UTD is fairly strong, and already hosts and attends tournaments on and off campus. On top of this, when renovating the Pub, it shouldn’t particularly lose functionality: it’s been used as a general venue before and should not lose that capability with the “gamer” renovation.

The last main area of interest is the arena. I think it’s imperative that there is room to breathe in this space as arenas are almost “black box theaters” intended to hold live matches for spectators to watch. An arena where at least 100 spectators can comfortably filter in and watch live matches would be ideal. Esports already has a small but dedicated audience, but having an open space easily accessible for new spectators to discover live competition will help the team fanbase grow.

A PC Café to hit the ranked grind with the homies. A lounge to crash some games of “Super Smash” and enjoy a bite to eat. A packed arena to cheer on Comets in regular-season games and tournament finals alike. I wish that I had these things while working on my degree here, but I’d like to be able to come back to UTD in the future and see this project shine to its fullest potential: a place where Comets of all walks of life can enjoy gaming and experience the thrill of a live esports event.