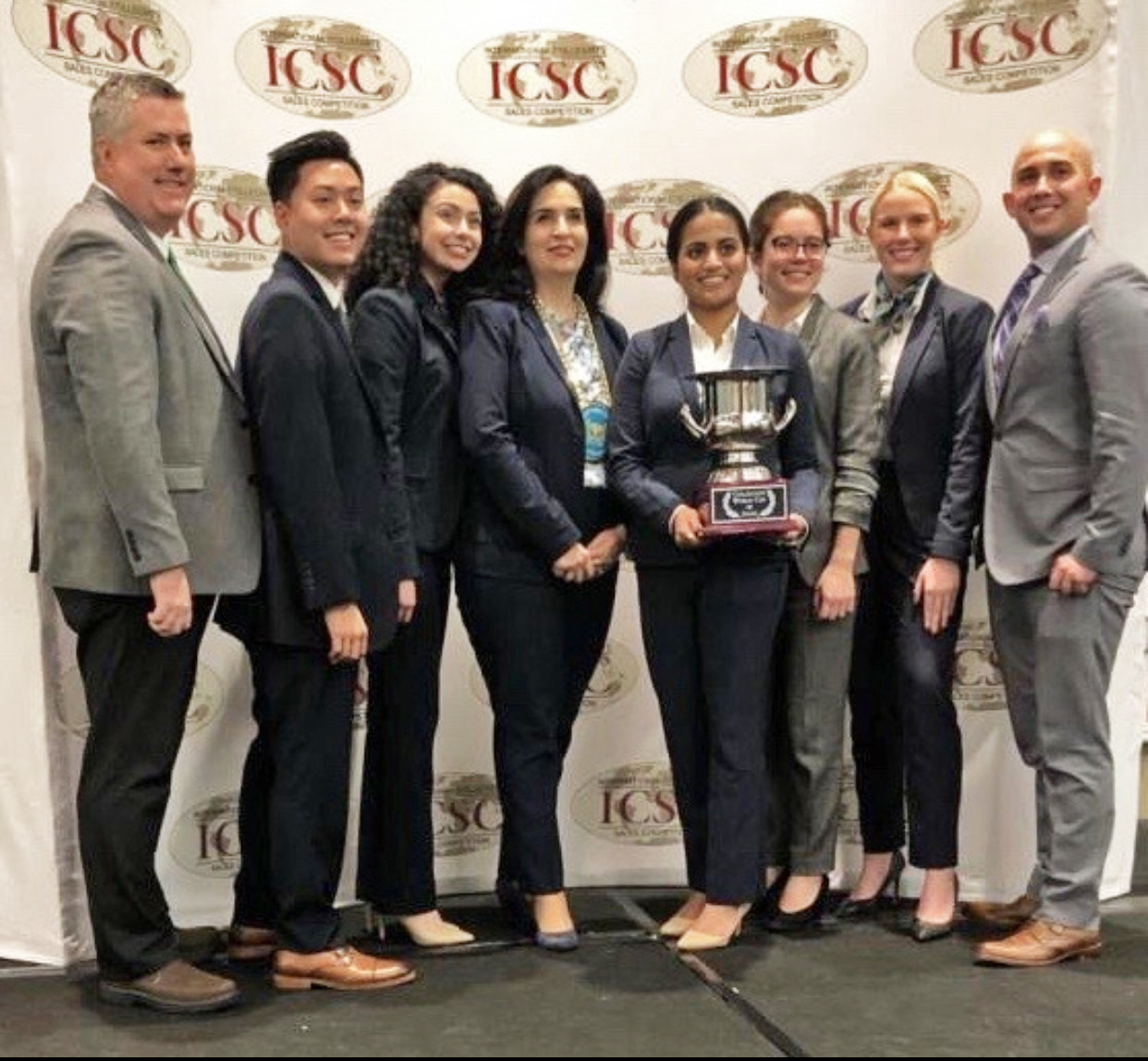 UTD’s Pro Sales Team beat out 80 other schools from around the world to win first place  at the International Collegiate Sales Competition, bringing back the Collegiate World Cup of Sales.

The Pro Sales Team is made up of JSOM students under the school’s Professional Sales Concentration, each specializing and competing in a specific competition. Events included role-play and speed-selling competitions, among other things. While participating in the team is not required for students, coach and senior lecturer of management Semiramis Amirpour said joining would provide necessary experience and training for those hoping to go into sales professionally.

“They do multiple competition ads here at school, and of course when they are part of advanced class, they also have a live -selling portion that they participate in so it’s a process that we go through in selection of those students,”  Amirpour said.

Competitors in the ICSC compete individually or in small teams, combining their scores with other students from their respective university. In events like the role-play competition, students present and close on a certain product, simulating the real, day-to-day tasks of professional salespeople.

Despite competing as individuals, members of the Pro Sales Team train together, meeting once a week in addition to their independent practice schedules. Amirpour said the team tailors each practice to simulate situations members may be presented with at the ICSC.

“We focused on the actual case. So we would sit down and we’d think about it. ‘What are some of the things we need to do? Who do we need to reach out to, in terms of the alumni that may be working for the company who can tell us about the terminology and some of the strategy?’ Then they role-play,” Amirpour said. “I watched them role-play and gave feedback. They watched each other’s role play and gave each other feedback and that went on every week.”

This year, the Pro Sales Team introduced a new AI into its training program, allowing members to analyze their practice sessions in real time. The AI allowed members to see different aspects of their performance including talk-time percentage and a filler word counter, Amirpour said, giving UTD an advantage going in.

“The majority of schools that come to that sales competition have some sort of sales facilities. Now, some of us are smaller, some of us are bigger. You can have the best facility, but if you don’t practice enough, if you don’t work enough, that’s just basically useless. You can have no facility, yet you put a lot of work into it and that would still work for us,” Amirpour said. “We are lucky because we do have a sales lab that they can go in and do the role play… it’s not one factor that goes into doing well, but I think having a facility is a good thing.”

In addition to their increased practice time, director of the Center for Professional Sales Howard Dover credited much of the team members’ success to the availability of old competition recordings. By working and training together, he said, the increased sense of synergy between team members allowed them to push themselves further.

“I think it was multi-effort, what went into this,” Dover said. “Everybody did what they were supposed to do and more, so that’s the energy I think that contributed.”

For the first time in four years, all of UTD’s teams qualified to compete in the final round of the ICSC. They were the only school to have both their role-play teams and their sales management teams in both events during the final round.

With UTD’s various Top three finishes, Dover said much of the credit for the team’s victory went to its upperclassmen. Despite upcoming graduations, he said the team’s established model for success would allow it to succeed in next year’s tournament.

“I think one of the reasons behind the success of our sales program is that we rely quite a bit on our students and we rely quite a bit on our alumni as well,” Dover said. “Every time we reach out to any of our alumni and say, ‘Oh, help us,’ … they always come back and help. So, after all the seniors have graduated, I know for sure that they are going to be doing the same thing.” 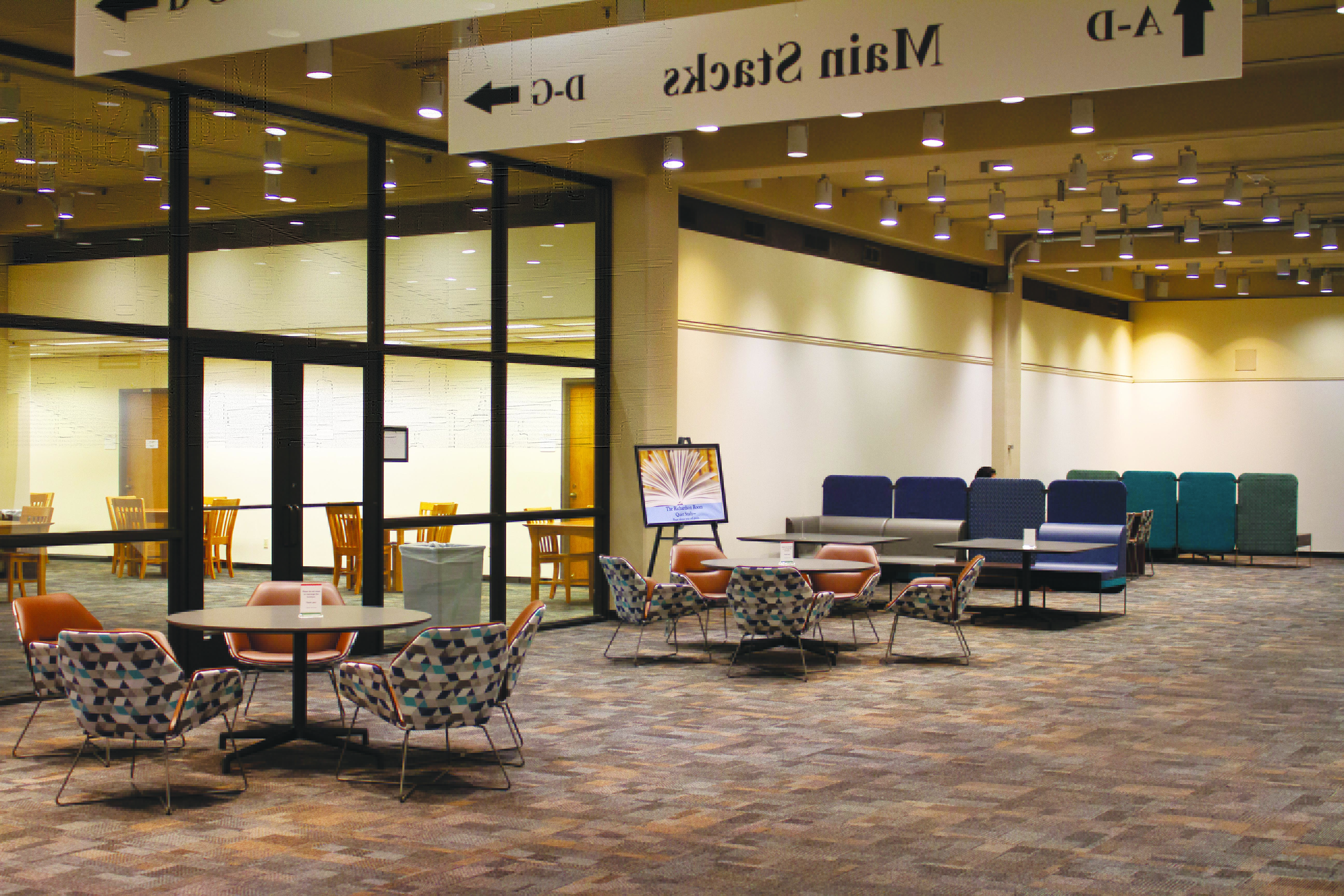