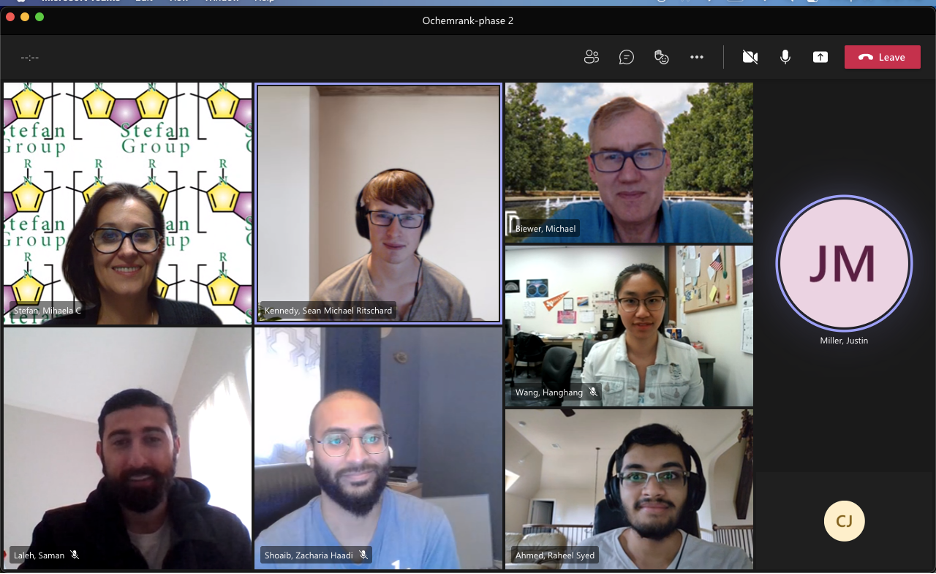 The webapp, developed by chemistry professors Mihaela Stefan and Michael Biewer, as well as computer science professor Ovidiu Daescu and their team of graduate and undergraduate students, allows organic chemistry students to practice a variety of tricky ranking questions.

“I have always taught sophomore-level organic chemistry, and I would write these ranking questions, which would test the student’s understanding of different chemical properties like acidity or basicity in different molecules,” Biewer said. “So, the students rank molecules from most to least basic for example.”

The idea for the webapp was born when Stefan and Biewer found themselves accumulating a large number of ranking questions, which are a common way for students to show their understanding of organic chemistry concepts.

“Dr. Biewer actually wrote a book, but usually book publishers are usually looking for a way to make money, and then they want the students to be charged, which is something that we did not want to do,” Stefan said. “One of the most important things for us was that it was free, so we started to explore other ways of making the problems available. I started working with Dr. Daescu, and I am very grateful because he was the one who brought the project to the table on the computer science side, and luckily it was selected as a senior design project in 2020.”

The website currently has 120 problems covering topics from both OChem I and II. Sophomore neuroscience major Teja Devanaboyina took OChem I during the fall 2020 semester and used the website at the recommendation of her professor.

“It was a wonderful practice resource for me, especially for the first exam that we took,” said Devanaboyina. “It worked really well and was easy to use.”

The team said they are improving the tool based on feedback from students who took OChem I and II and used the webapp in fall 2020. Computer science seniors Zacharia Shoaib, Narayana Yenukonda, Raheel Ahmed, Umar Kazi and Saman Laleh are currently working on improving the app this semester.

“The website was primarily developed over the course of the fall 2020 semester. Sean Kennedy, who is a graduate student, worked on the original team and has been really helpful to us as we continue to develop the webapp. Our main goal this semester is to add more problems so that students can study better,” Shoaib said. “We are looking to add about 80 more problems this semester.”

Stefan and Biewer both said that the graduate and undergraduate students who worked on the website as a part of their senior design project were invaluable to the success of the app. One of the most difficult aspects of the project was bridging the gap between chemistry and computer science.

“It was extremely helpful that one of the original students that worked on the project, Vishal Rajesh, had taken both computer science classes and organic chemistry classes which meant that he spoke both ‘languages’ so that the two departments could work together,” Stefan said. “Two of my graduate students, Justin Miller and Hanghang Wang, were also invaluable to me in order to make sure that all of the structures looked right.”

Stefan said that the website was a good aid to the virtual instruction format brought on by the pandemic.

“It was a lifesaving instruction aid for the fall of 2020, as I had to rely on a type of testing that was multiple choice that I usually don’t use,” Stefan said. “I used a lot of ranking-type problems on the quizzes. Students would play with the ranking app and they would train so when the time for the quiz or test came around, they did very well.”