Comets will soon be back on campus, and they’ll go back to graduating in the Activity Center as well 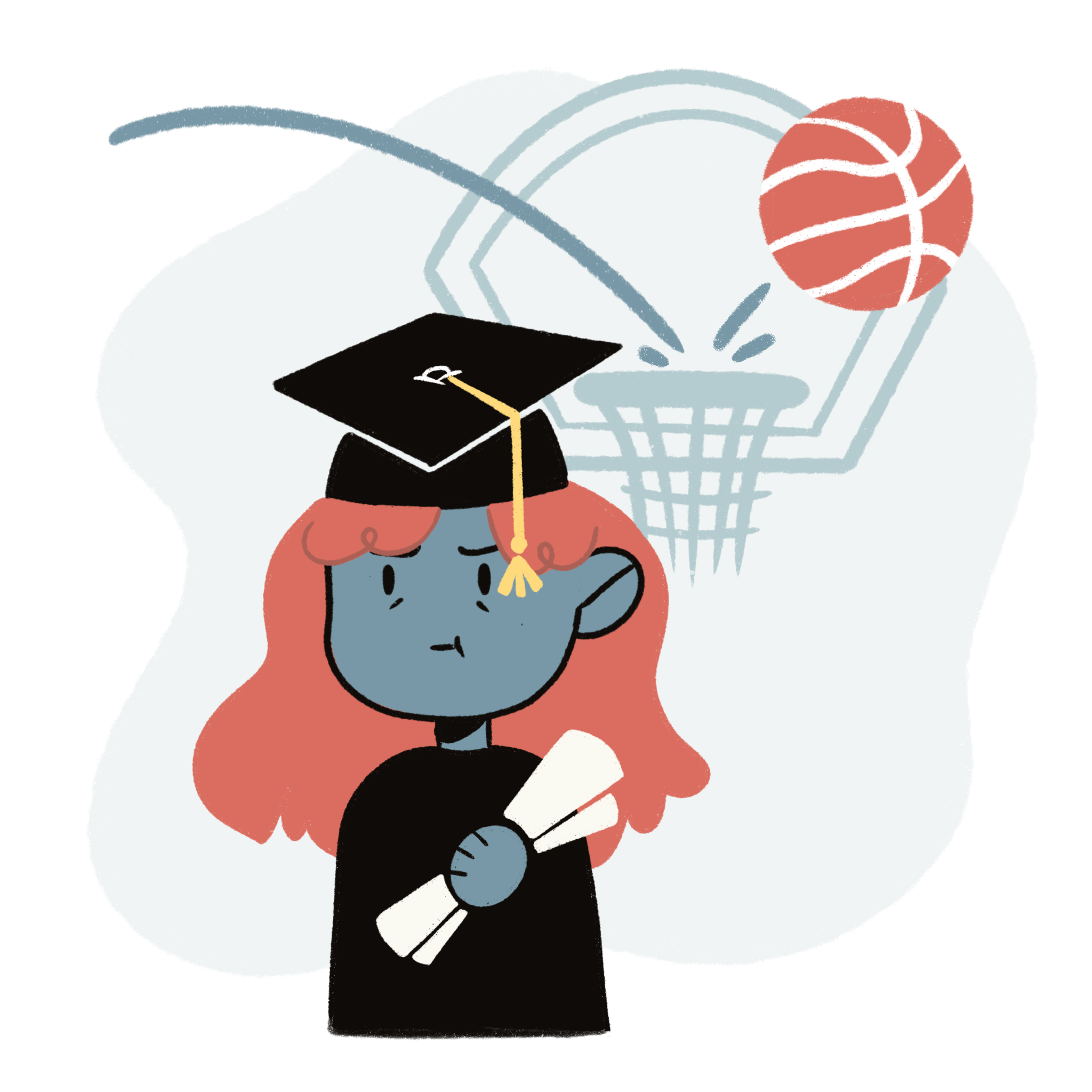 Historically, commencement ceremonies have been held at UTD in the Activity Center, but why is that the case, and could it ever change?

The Activity Center holds a variety of facilities, one of which is the gymnasium, a 3,200-seat room that has been the home of commencement ceremonies at UTD since 1998, when the first phase of the Activity Center was built, said Director of University Events Judy Barnes.

For the last few years, students have been voicing their opinions against the Activity Center as a venue. The UTD subreddit has numerous posts, one of which dates back to 2013, from students proposing to change the location, or having students sign a petition to change it. In addition, members of Student Government voiced their concerns about the graduation location to administration and created a survey for students after the petition began circulating on Reddit, said biology senior Serena Bhadsavle.

In a survey conducted by The Mercury, out of 181 respondents, 146 answered that they were planning to attend their commencement ceremony. When asked how they felt about ceremonies being held in the AC on a scale from 1-5 (1 being “Very bad” and 5 being “Very good”), only four respondents answered “Good” or “Very good,” and of those who indicated they would not be attending commencement, about 60% ranked “Don’t like the chosen location” as their top reason for not attending.

On the UTD subreddit, ATEC senior Griffin Callahan posted a petition calling for commencement to be “held somewhere more respectable.” The petition currently has 581 signatures. He said his high school graduation was held in a basketball stadium, and other high schools nearby had done something similar. He said he decided to start the petition after noticing posts on the subreddit talking about the same issue for 6-7 years and nothing had changed.

“Some of these people are graduate students that are graduating in a gym when a high school can do better than that, and that just blows my mind,” Callahan said. “I feel like aesthetically there isn’t much of a difference between graduation and a basketball game, so I would just like to see something a little more grand like a lot of high schools in DFW do.”

Barnes chairs an ad-hoc Commencement Committee composed of other faculty and SG members that makes recommendations for commencement. Barnes said several factors are accounted for when deciding the location, including general costs, weather, faculty transportation, amount of seating and the importance of having commencement on-campus to students.

“It’s a little bit of art and a little bit of science and [the Activity Center] is our largest venue on campus. That’s why we have it in there. A lot of people say, ‘why don’t you go to ATEC?’ ATEC seats a third of what it seats [in] the Activity Center. Where would we seat our graduates? Event planning is just that – it’s creating the right environment, creating the right atmosphere, creating or utilizing the venues there,” Barnes said. “If we chose to go outside on soccer fields, on the mall, wherever, you have to bring in chairs, you have to bring in staging, you’d have to bring in seating, you have to worry about the elements and stuff.”

The University Events Team manages an operating events cost center assigned as “Commencement,” which covers the logistical planning of ceremonies, Barnes said. The budget for UTD’s commencement, according to the 2021 Operating Budget, is about $200,000. Since 2016 (the oldest operating budget available online), that number has not changed. Vice President of Budget and Planning Terry Pankratz said that this number is decided by the Commencement Committee and can often be added to as needed. The money comes from grants and gifts to the university, not tuition. Pankratz said in his conversations with other campus leaders, he ascertained that the more important factor was holding the ceremony on campus, rather than just costs.

“The reason we stay on campus is not necessarily about costs – that’s certainly a factor, but we really think there’s value in having commencement on campus. We think we lose something if we go to a neutral location,” Pankratz said.

Nearby universities with comparable student populations have different budgets. University of Texas at Arlington, with a student population of 34,000, allocates about $525,000 to commencement and holds their ceremony in the Globe Life Field baseball stadium. University of Houston’s commencement ceremony is budgeted at around $310,000, with 46,000 students, and is located at TDECU (their own stadium). Barnes said the Commencement Committee has previously recommended venues such as Globe Life Field, Allen ISD Stadium and Star Ford Center, in addition to on-campus venues such as the mall or soccer fields. However, the Activity Center remained the chosen venue because it was the more “efficient” option, Barnes said.

In the same Mercury survey, when asked how important it was to hold commencement on campus, 83 students chose “Not at all important,” 23 chose “Very important” and 36 chose “Neutral.” Barnes declined to comment on the Mercury survey results, but she said that in feedback received from graduates, an overwhelming majority want commencement on campus. This was based on a formal survey Barnes received that was conducted prior to her working at UTD. Additionally, over the years, student representatives on the Commencement Committee were asked to gather information on student attitudes on commencement in the Activity Center. No other formal surveys were conducted aside from recent focus groups conducted on the virtual ceremonies.

“Every year, we have a concern, you know, voiced on it, but it’s out of 5,000 graduates and you get two – that’s a very low number or whatever that number might be,” Barnes said. “No matter what we do, let’s say we did take this off campus, we’re going to hear from students who aren’t happy about that as well. We’re never going to please every single student, but we can do our best to make it meaningful and of value.”