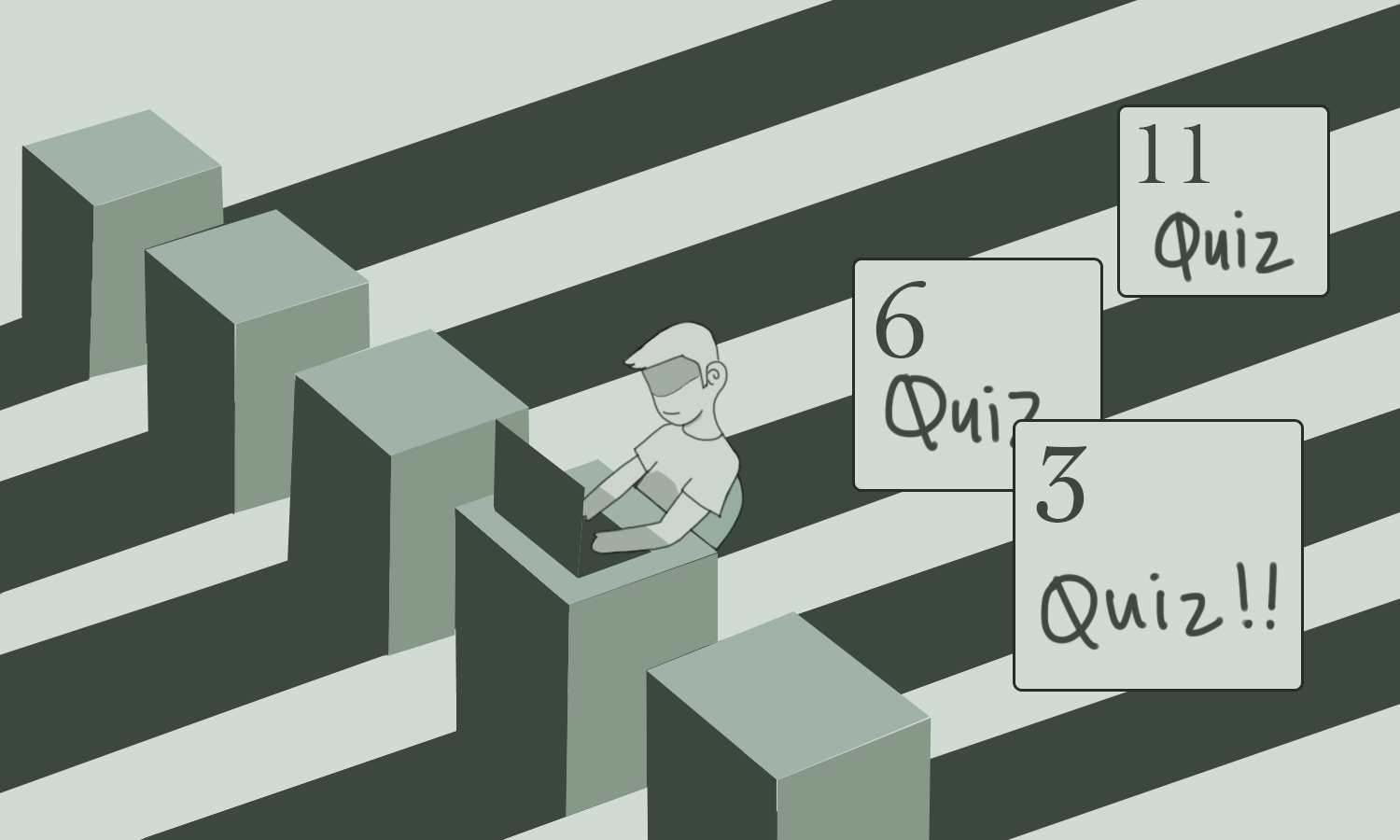 “Hell week.” Defined by Urban Dictionary, it is the time of a college student’s month where tests, projects and papers are all due within the span of a few days – usually around midterms and finals.  But does it have to be this way? Opting for frequent quizzes can eliminate these hell weeks and improve information retention.

With the onset of online learning, professors have been exploring various methods to effectively deliver material to students. Doing consistent quizzes instead of a few major assessments takes a lot of stress off students’ shoulders and allows for better understanding of the material.

Typically, a college course has two to three exams per semester. While the value per test differs between professors, the general low frequency of assessments tends to make exams weigh more. In contrast, a quiz-based curriculum places more emphasis on frequent quizzes and less emphasis on large exams. As the number of assessments increases, the pressure to do well on heavy exams declines, thus allowing more leeway to learn.

Although frequent exams that cover less material could replace infrequent exams, recurring quizzes are more efficient since they create smaller, more manageable portions of focus. This process follows a learning concept called bite-sized learning, or microlearning, which focuses on learning a single specific topic. Bite-sized learning allows for learned material to be consolidated into long-term memory more easily. As a result, students studying for brief quizzes will gain a deeper understanding of the material, as opposed to a surface-level one that a multi-chapter exam would necessitate.

While there may not be enough class time for professors to both lecture and host quizzes, students could take a quiz on their own time with no backtracking on eLearning. To some, a potential concern is that this takes up more of a student’s time outside of class. However, this is no different from assigning them homework that they must do in their free time.

Applying the testing effect is possible for any class that relies on examination. Students can encourage or petition deans to change the way professors conduct classes. Professors can chunk questions originally intended for tests into quizzes, and they can use software like Top Hat to effectively deliver quizzes. It may require effort on the professor’s part, but students’ performances will improve drastically – not only in terms of grades but understanding of the subject matter as well.

Teaming up to Collaborate