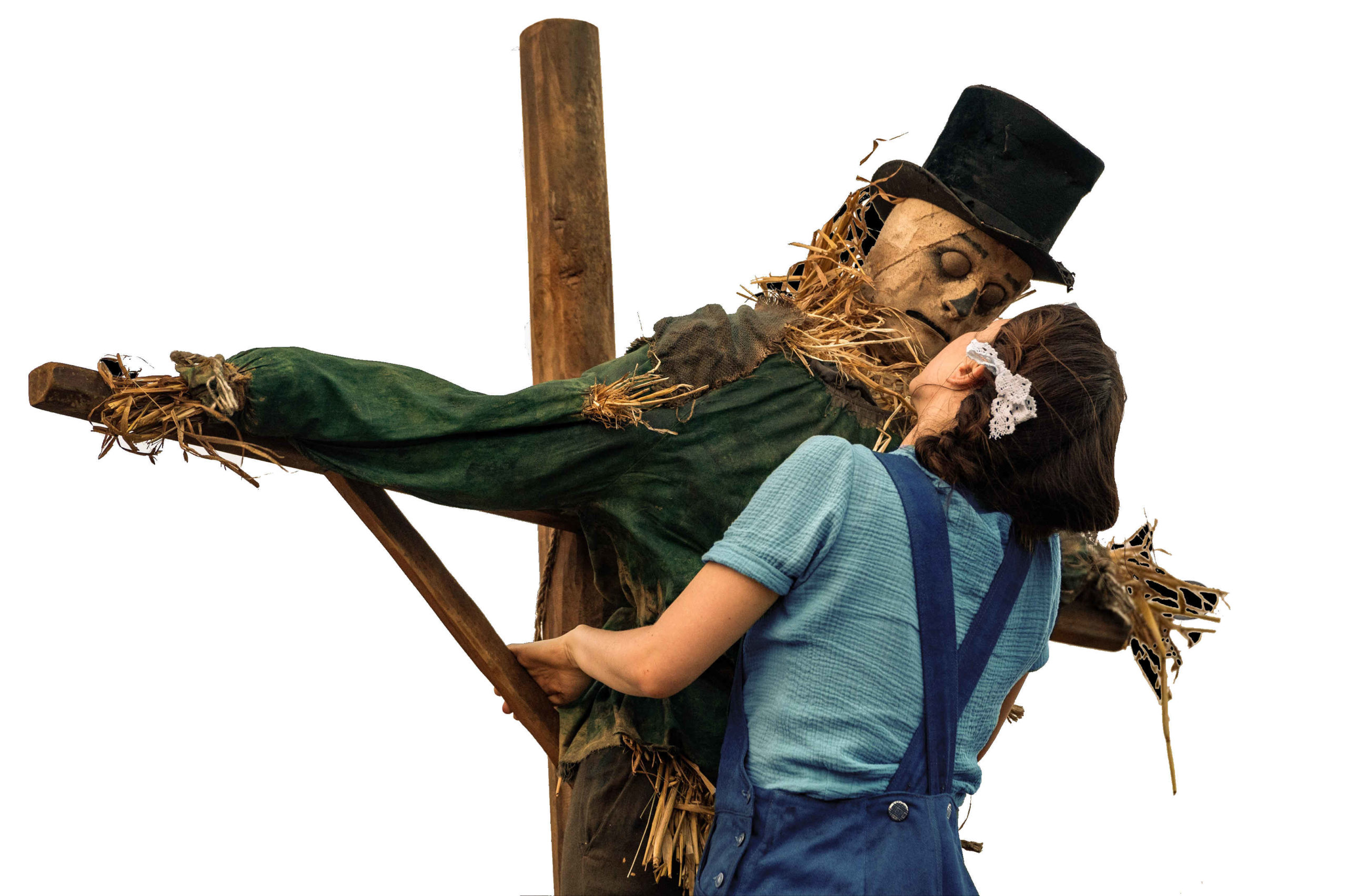 Photo courtesy of A24 Pictures

While A24 has produced a handful of cult classic films, director Ti West breaks ground with the studio’s first horror trilogy.

The most recent addition to the trilogy, “Pearl,” is a prequel to the sex-fueled slasher “X.” This film follows Pearl, a farm girl aspiring for fame but burdened by her ailing father and uncompromising mother. She feels trapped in her family’s creaky old farmhouse—the same one in “X”–and impatiently awaits her husband’s return from war. Her childish priorities start off as relatable desires and quickly become a murderous temper tantrum.

The only solace that Pearl has from the dreariness of her isolated farm life are her occasional trips to the “pictures,” where she can dream of joining the dancers on the big screen. Thwarted dreams and aspirations are a classic motivator in villain origin stories, but Ti West refuses to let his movie fall into overused tropes. The vintage filming style is a wild roller coaster ride that combines gore with the technicolor feel of “The Wizard of Oz,” bringing the audience into the erratic mind of our villainess. The bright colors and dance numbers create a whimsical veil over Pearl’s concealed wickedness.

Mia Goth’s performance as Pearl is breathtaking, and every crack in her facial expressions was captivating. Every movement is extremely animated, making Pearl seem like more of a cartoonish daydreamer than a psychopath. Casting an actress with the essence of an ingenue contrasts with the audience’s knowledge of her future to create a fine line between feeling disgust and feeling sympathy for Pearl. Despite Pearl’s murderous lack of remorse, it is impossible not to see her as relatable. She represents every Midwestern kid aching to leave their hometown in search of love and acceptance, and West and Goth created one of the most sympathetic horror villains to date.

Our tenuous feelings for Pearl mirror those shared by her mother Ruth (Tandi Wright), a German immigrant struggling to both keep her farm afloat and care for her incapacitated husband. All the while, Ruth must navigate the struggles of raising a daughter who screws scarecrows and murders farm animals. Pearl resents her mother for the lifestyle they must live and selfishly chooses to focus on her own unhappiness. The tension between Pearl’s lack of affection for her mother and her mother’s knowledge of Pearl’s inner darkness contributes to a palpably intense relationship. Every interaction between the two counterbalances Ruth’s hidden revulsion and Pearl’s deep-rooted fury, which is on the verge of being released.

By writing the screenplay “Pearl,” West and Goth sought to illuminate the backstory of the titular villainess and shed light on how she interacts with the world. Pearl’s path crosses with a movie projectionist (David Corenswet) with whom she begins a sweet, naïve love affair. Her failed attempts at relationships all stem from a fear of abandonment, and a large aspect of her character involves hiding her true nature in order to trick men into taking care of her. Pearl feels that at her core, she is missing something that everyone else seems to have naturally. She will end up hurting many in her attempt to fill that emptiness.

Horror has often played with unstable, manipulative women—like Annie from “Misery”–but the deception threaded through the plot of Pearl reaches new genre-defining levels. With each appearance, Pearl makes the viewer uncomfortable and unsure of her motives. Does she really love any of the people in her life? Or are they merely means to an end? Her naïveté causes her to be careless, and only does the audience get to see Pearl’s horrific true nature. Pearl terrifies with her temper tantrums, screaming matches and bratty greed. The true horror of this story is that—psychotic breaks aside—Pearl displays behaviors that are not so different than those we see in everyday people.

If you are brave enough to watch “Pearl,” you will be thrown into the psychological equivalent of an alligator-filled lake. Goth and West have created a X-traordinary villain origin story that will leave you closely awaiting the trilogy’s next installment.