With uninspired scares and lackluster directing by Stiles White, “Ouija” is a completely forgettable foray into the horror-film genre.

Hasbro is taking a similar approach to 2012’s “Battleship” by force feeding viewers another movie about a board game, this time about one where friends spell out answers on a wooden board in hopes of connecting to the spirit world.

In the opening flashback scene, Laine (Olivia Cooke) and Debbie (Shelley Hennig) are childhood friends messing around with a Ouija board. The girls are now teenagers who have grown out of the game, but Debbie mysteriously kills herself. Laine can’t bring herself to admit that Debbie would commit suicide, so she uses the Ouija board to contact her spirit and get answers. Laine involves her boyfriend Trevor (Daren Kagasoff), her sister Sarah (Ana Coto), Debbie’s boyfriend Pete (Douglas Smith) and a mutual friend Isabelle (Bianca Santos) who are also looking for solace.

While “Battleship” was only loosely based on the board game, “Ouija” uses a formulaic plot without any neat ideas, has a modest budget and takes itself too seriously.
The teenage characters that are dropped down into a suburban house for their eventual and well-forecasted deaths are paper-thin. They each have lines of dialogue that clearly broadcast their high-school stereotypes, along with some over-the-top costuming. Unfortunately, the actors don’t do much to alleviate this problem.

Each step in “Ouija” relies heavily on every other horror film ever made. There are gigantic gaps in logic that completely take viewers out of the film.

Those flaws would have been forgivable if there was any tension or substantial scares in “Ouija.” The potential scares are foreseen well in advance; they’re unoriginal and unearned. Doors shut by themselves. Doors open by themselves. Gas stoves turn on by themselves. Lights flicker on and off by themselves. A creepy, shoehorned doll comes into the shot. By the film’s end, nothing innovative or novel can be found in the script.

Many of the scare tactics set up in the film induced laughter at the screening. The movie ends up being a source of jokes instead of an escape into another world. The former makes for a better experience with “Ouija.”

Perhaps the problem with “Ouija” stems from the incessant product placement. The film strains to keep bringing back the wooden board and include it in the frame and story when other paths would make more sense. This ends up being painfully distracting.
The tactic might have been necessary to finance “Ouija,” but this strategy ends up hurting the film’s believability and pacing. Viewers may wonder how a film could have been formed around the premise of a classic, wooden board game; it seems as if director and cowriter White couldn’t come up with a plausible answer. The result is disappointing since other moviemakers have been able to create clever ideas for what could have weird marketing ploys and made great films such as “The Lego Movie.”

The only memorable part of “Ouija” is a small role for Lin Shaye, known for her work in the “Insidious” films, who has a neat gimmick involving dental floss. Shaye is acting on a completely different plane than everyone else in the movie, and her scenes are definitely the best. The floss segment even inspired an audience member’s Halloween costume.

But to be honest, will anyone get the reference? Will there be any buzz for the film around Halloween? Is “Ouija” frightening or memorable? The answer to all of these questions: a resounding no. The Science of Scares 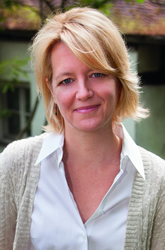