Professor shares ways to fact-check, be cognizant of fake news 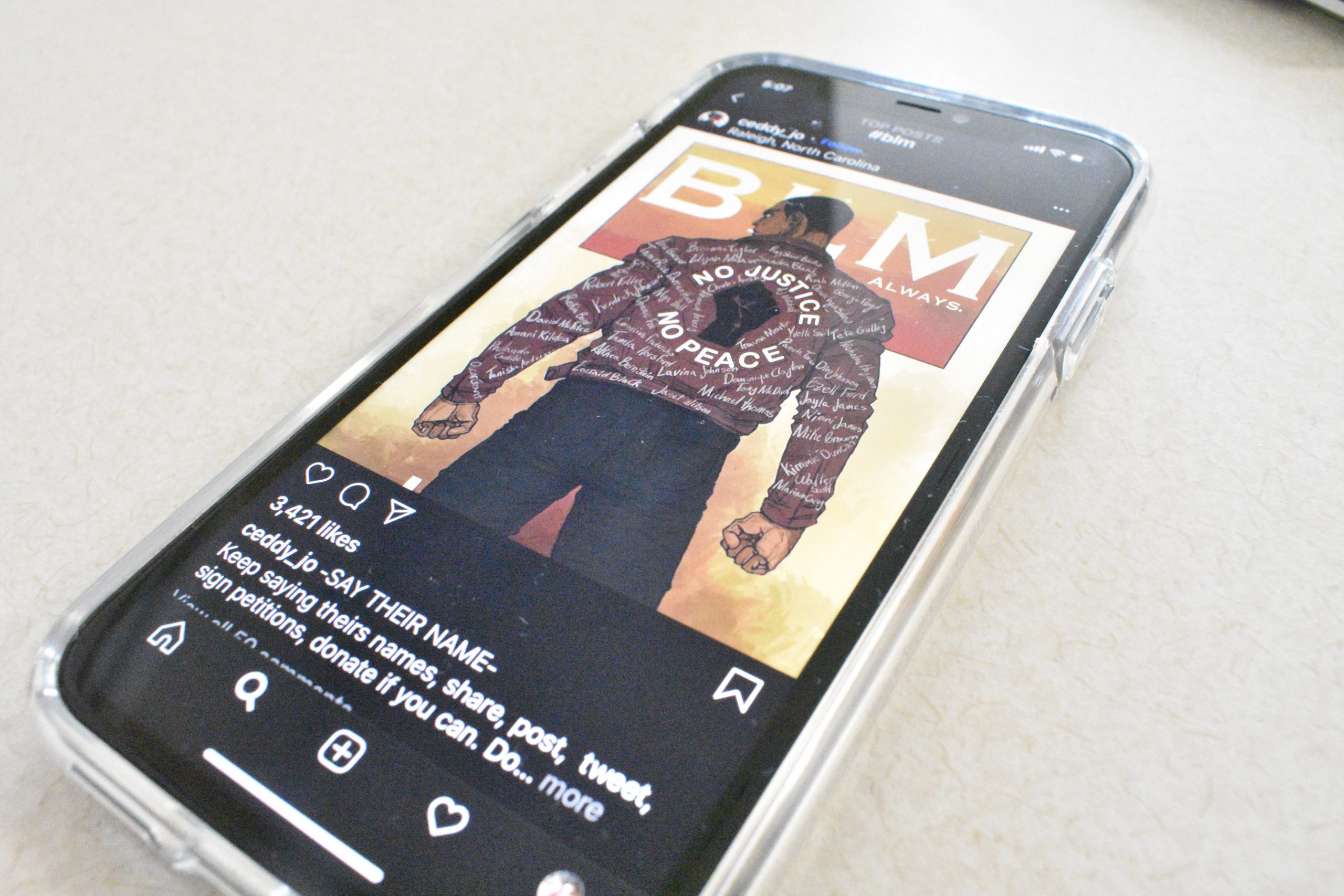 Arts & Humanities lecturer Janet Johnson said people who rely on fake news may have confirmation bias, no matter which side of the political aisle they’re on.

With more people turning to social media for news, the risk of circulating fake news increases.

Fake news and altered videos can greatly misinform the public and generate negative responses to a situation that may not even exist. Janet Johnson, a UTD professor who studies social media trends and misleading photos, said that we must become our own fact-checkers and search the stories shared on social media.

“If you see a story that you may think is fake, you can easily google it and check some of these websites – snopes.com, politifact.com and factcheck.org. And if you don’t see that story on those websites, you may be looking at fake news,” Johnson said. “Is the URL from a credible website? Is the URL someplace that you’ve never seen before? That can be a trigger to say this is fake news.”

Johnson said that one of the biggest ways fake news is shared is through memes, which often have a quote or a story in them that may be misleading. Similarly, videos can be doctored: one example is the video shared by President Trump of two toddlers — one black and one white — hugging, with a false CNN headline below.

“What you’re seeing a trend of is that people are editing the videos to make it seem as if they are saying something that (the subject of the video) didn’t say, so they’re taking out words, they’re manipulating the video to show something that’s not the reality,” Johnson said. “When you have the President of the United States who is sharing this as commonly as the ordinary citizen, then it becomes even more powerful. And if we keep continuously seeing these images and these videos and these words, repetition is where it gets into your brain. That plants the seed of doubt.”

The commonality of false pictures, videos, memes and websites that look like news sites can make people doubt credible news sites such as The New York Times, The Washington Post and ABC News, Johnson said. People who rely on fake news often seek to confirm their own beliefs.

“They’re going to these places going, ‘Oh, Biden said that … of course he said that’ because it confirms their belief that this is who Biden is or who Trump is,” Johnson said. “I mean, it can go both ways, and I’ve seen the Democrats and the Republicans both fall into this.”

Johnson also said that fake news often plays on one’s fears to elicit a negative response such as anger, depression and anxiety. Learning what triggers an emotional response and fact-checking that post or news story can be important in distinguishing what news is fake and what is real.

“Whenever COVID first started, I saw all these memes with weird concoctions you could create that would get rid of it, you know, would cure COVID. And gargling was one of them … and it was supposed to help kill the virus in your throat. And I’m like, well, unfortunately it doesn’t get into your throat,” Johnson said. “So, they play on our fears.”

Twitter bots are also spreading divisive, fake news and misinformation by honing in on what somebody says in a hashtag and then feeding that information into the timeline or newsfeed, Johnson said.

“If you’re looking at Twitter bots, go see their profile. If they have zero followers or are following only one person, it’s probably a bot,” Johnson said. “A credible news journalist is going to have thousands of people following them. They’re going to have their credentials up and where to find their stories.”

Johnson said that the tendency for people to follow others with likeminded interests might result in people not getting different ideas or seeing information that challenges them. This could feed into fake news; for example, if a friend shares something on social media, we’re more likely to share it as well without fact-checking it because we trust our friends.

“So that’s how it just plays into that emotion and the belief system already held within that person,” Johnson said. “And fake news (is) like a little mustard seed, and you plant that little seed of doubt, and it can grow. And if it gets shared enough, then the people who see it and read it, they start doubting The New York Times who is trying to tell you, ‘This is not true.’”

There are ways that social media sites are combating fake news — Twitter is now tagging the President’s tweets that involve misleading information and leading users to stories that have factual proof. When the President tweeted that mail-in ballots would be nothing less than “substantially fraudulent,” Twitter tagged the tweets with a link stating that the claims were unsubstantiated according to CNN, The Washington Post and others. Similarly, Instagram has been working with 45 third-party organizations to evaluate the truthfulness of photo and video content on its platform and is blocking the fraudulent content with an interstitial warning. TikTok is also providing users the option to report any content that they deem to be “Misleading Content” and has a subcategory for users to report misleading information about COVID-19.

Still, Johnson said, the best defense for fake news is fact-checking on Google.

“The one thing that the press is supposed to do and the media, and as a journalist, is that you put both sides forward, and then you let the people decide what they believe rather than tell them what to believe,” Johnson said. “And good journalism will present all the facts for you, so you can make that informed decision with facts. But fake news plays into that, ‘I’m telling you what you want to hear.’ And when people tell you what you want to hear, you need to question the motive.”