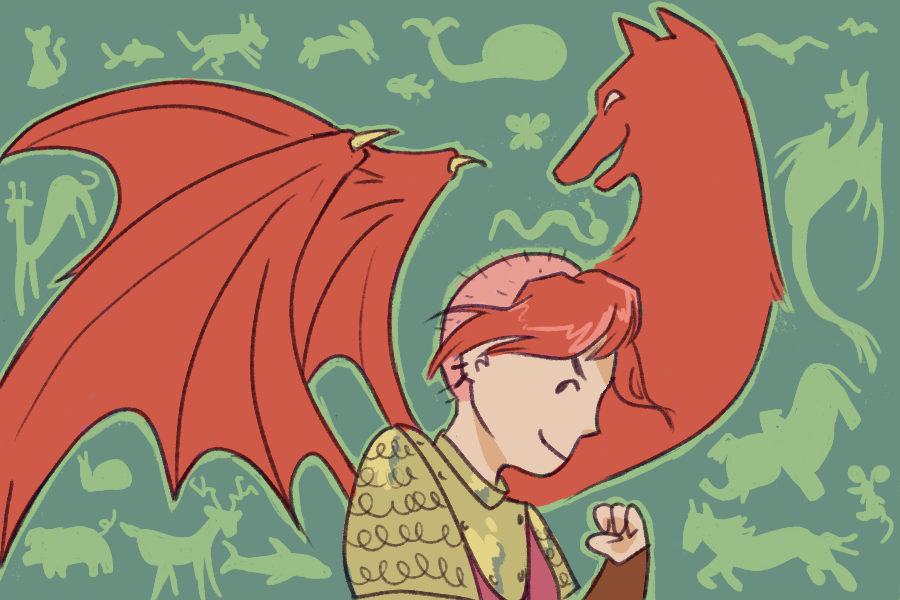 “Nimona” by ND Stevenson is a quirky comic book whose main characters are the villains, set inside a futuristic medieval world where magic and science coexist. Interestingly enough, Stevenson started “Nimona” as a webcomic, and it later became their senior thesis.

“Nimona”centers around a devious shapeshifter named Nimona and surprisingly moral villain Lord Ballister Blackheart. This odd pair sets off on a series of mischievous missions where, alongside Nimona and Blackheart, the reader begins to slowly unravel two things: one, that the real villains may be the Institution of Law Enforcement and Heroics overseeing their kingdom and manufacturing war weapons; two, that Nimona’s backstory is as dubious as her powers.

Yet, while this is an adventure comic in many ways, the thing that makes it stands out in its genre is the slow trust and love the two main characters develop for each other. Through this relationship, Stevenson conveys the core message of the book: there is power in having someone that cares for you, despite one’s past struggles and emotional hangups.

Now, this comic isn’t just sentimentality and high-stakes missions. It is also extremely funny and filled with situational humor. For instance, at the very beginning of the series, Nimona breaks into Blackheart’s lab and introduces herself by saying that the agency sent her as his new sidekick in order to help his image and appeal to “today’s youth”. However, after further questioning, she quickly admits she just broke in. Another example comes towards the middle of the series, where we get a rare slow scene of Nimona and Blackheart playing a medieval version of Monopoly. Upon losing, Nimona burns the board by morphing her head into that of a dragon; in the next panel deadpans how “that was fun”.

Another element that adds to this comic’s whimsical nature is its art style. Instead of it being hyper-realistic and proportional, its line work is thin, sketchy and loose. This makes for some very fun and dramatic poses for when there is a fight scene and adds humor to otherwise-static scenes. Lastly, its color palette does a good job of being light and faint-looking when it needs to be in order to convey an easygoing scene or dark and impactful when it needs to convey an action or seriousness.

A joy to read, “Nimona” is a story that combines a fun art style with narrative elements of action and learning to care about and trust other people again. So, if you’re looking for a story that is both fun and sentimental with a medieval backdrop and fantastical aesthetic, this is the graphic novel for you.