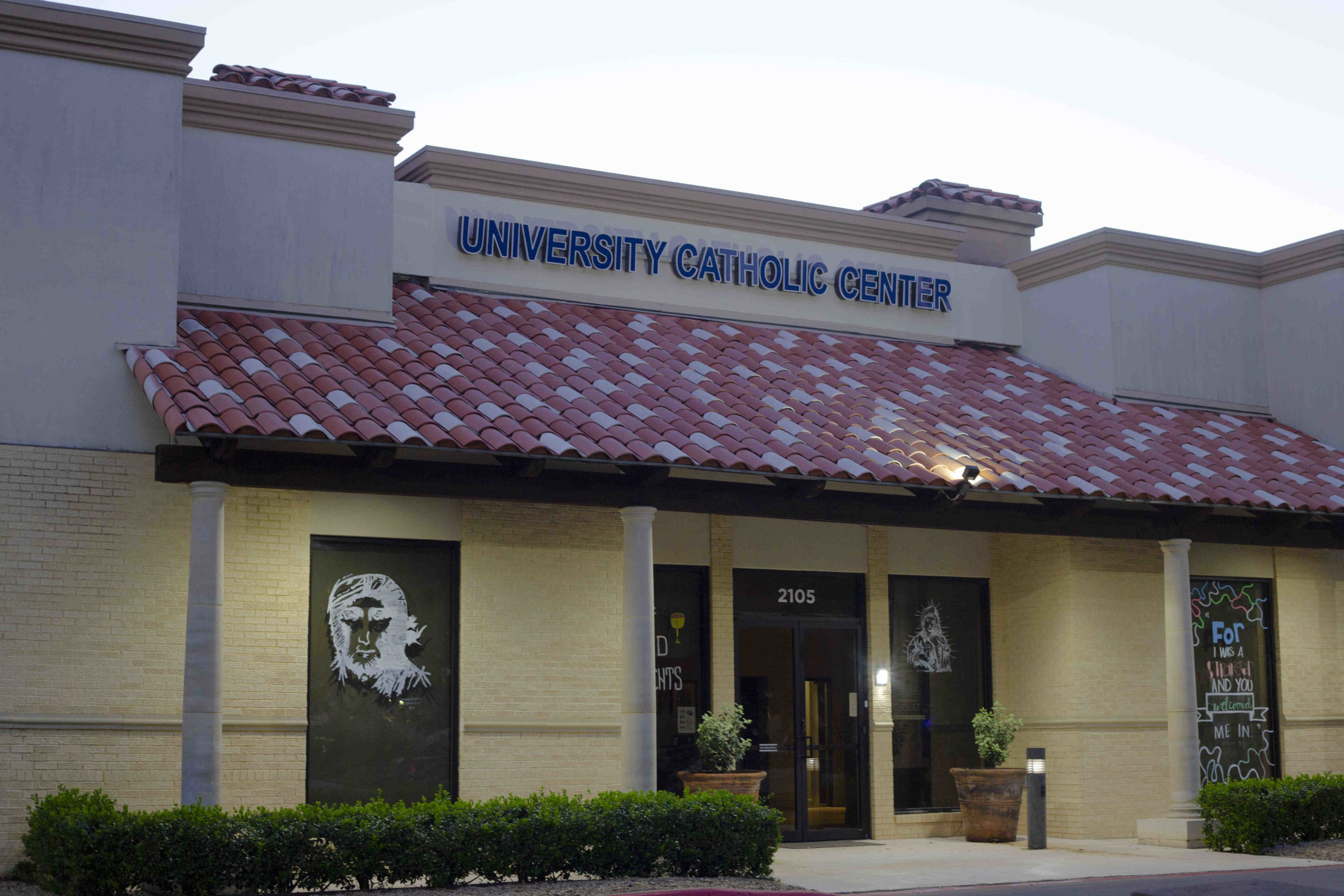 Sounds of laughter emanate through the air as a group of students emerge through the double doors of a new building located across from the Canyon Creek apartments.

The Catholic Diocese of Dallas has opened a new University Catholic Center directly across from the University main campus. The center, which is open to all, will provide mass, fellowship and other activities to UTD’s population of about 5,000 Catholics.

Newman Catholic Ministry, the largest Catholic student organization on campus has been one of the organizations benefited by the building. Ann Van, a senior HR management major and the president of NCM, said that the building has made it easier to have a space for events.

“Before we had the building, we would have to hold Sunday mass in the faculty dining hall and it was difficult to find a quiet space for us to worship each week,” Van said. “Now that we have access to this building it makes everything easier.”

Reverend Tymo Ksiazkiewicz, the newly appointed chaplain for the center said the center was created as a response to the growing Catholic population at UTD.

“The bishop of the Diocese of Dallas came to campus for two consecutive years for mass on Ash Wednesday to masses packed with students and saw the growing need for a new space,” Ksiazkiewicz said. “Once the opportunity arose, we were able to purchase the building as a permanent place for students.”

The center, which is open to all regardless of religious affiliation, is currently being under renovation. However its study rooms, kitchen, movie theater, game room and sanctuary space are currently open for student use. Reverend Ksiazkiewicz said he was excited to see how the building will serve students.

“We want the building to be a place of rest and gathering,” Ksiazkiewicz said. “We are planning to renovate part of the building and turn it into a chapel (or worship space) that will accommodate the sacramental needs of the center.”

Mass is open to all students daily and on Sundays, with meals being served after afternoon and evening services. The building is also open from 9 a.m. to 9 p.m. during the week. Senior neuroscience student, Yasmine Elsaadany, comes to the center in her free time between classes.

“It’s a super welcoming place. I can come here any time of day and study and hang out with friends, Elsaadany said. “During study breaks I can play ping-pong or eat with friends because there’s always free coffee here. It’s like my home away from home.”