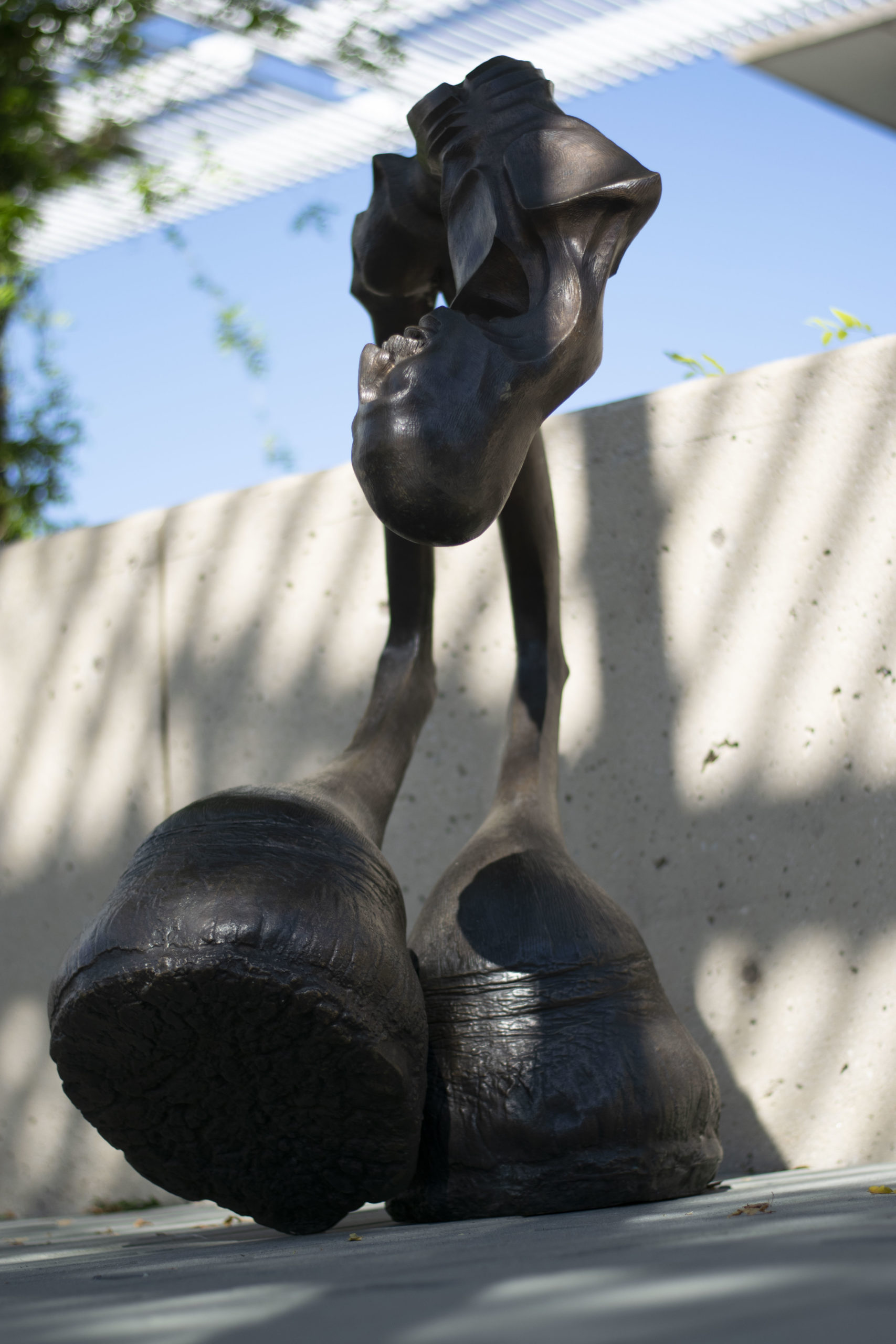 Is it a character out of your worst nightmare or Gandhi with elephant feet? The sculpture that mysteriously appeared in front of McDermott library overnight was revealed to be one of 21 sculptures brought to UTD to honor Mexican sculptor, José Sacal.

“José Sacal: Un Mexicano Universal,” is one of UTD’s latest efforts to bring more art and culture to campus. This sculpture walk is the result of a large collaboration between the UT Dallas Center for U.S. and Latin American Initiatives (CUSLAI), UT Dallas Edith O’Donnell Institute of Art History (EODIAH), the Mexican Embassy in Dallas, the Sacal Foundation, and the American Jewish Committee. This traveling exhibition has been through several states across the country, and features sculptures modeled after a diverse collection of historical figures. Craig Cole, a UTD alumni and the curator of this exhibition placed these sculptures all over campus, several of them being featured inside buildings such as Sciences, Green Hall, ATEC, and more.

“Art in our country is very walled off; it’s very elite, expensive, and hyper-capitalist. This [exhibition] is a way of showing something for the public. So, it really is something special. Not every university gets this opportunity,” Cole said.

This exhibition has toured all over the country and will be available for viewing at UTD until the week before Thanksgiving break. The collection at UTD includes sculptures of Frida Kahlo, Winston Churchill, Napoleon, Michelangelo, and the most prominent being a depiction of Gandhi directly outside of the McDermott Library.

“[Sacal] traveled a lot as a young artist and throughout his life, so this collection is about tying the world together and displaying the impacts that all these cultural figures have had,” Cole said.

The Sacal Foundation aims to spread word about Sacal, who passed away in 2019, and his works, as information available online about the sculptor is very minimal. Sacal sculpted all his pieces completely from memory, resulting in an artistic process that stripped away any defining features of the figures he modeled and very geometric and surrealist pieces. Additionally, he was a big proponent of people interacting with his pieces tactically, so viewers are encouraged to gently touch and engage with the artwork.

“[This collection] is about having a location for an artist who is international at UTD with EODIAH, because we aren’t just a Dallas institute or Richardson art institute; we’re all about the exchange of ideas across the continent,” Katrina Saunders, a program coordinator with EODIAH, said.