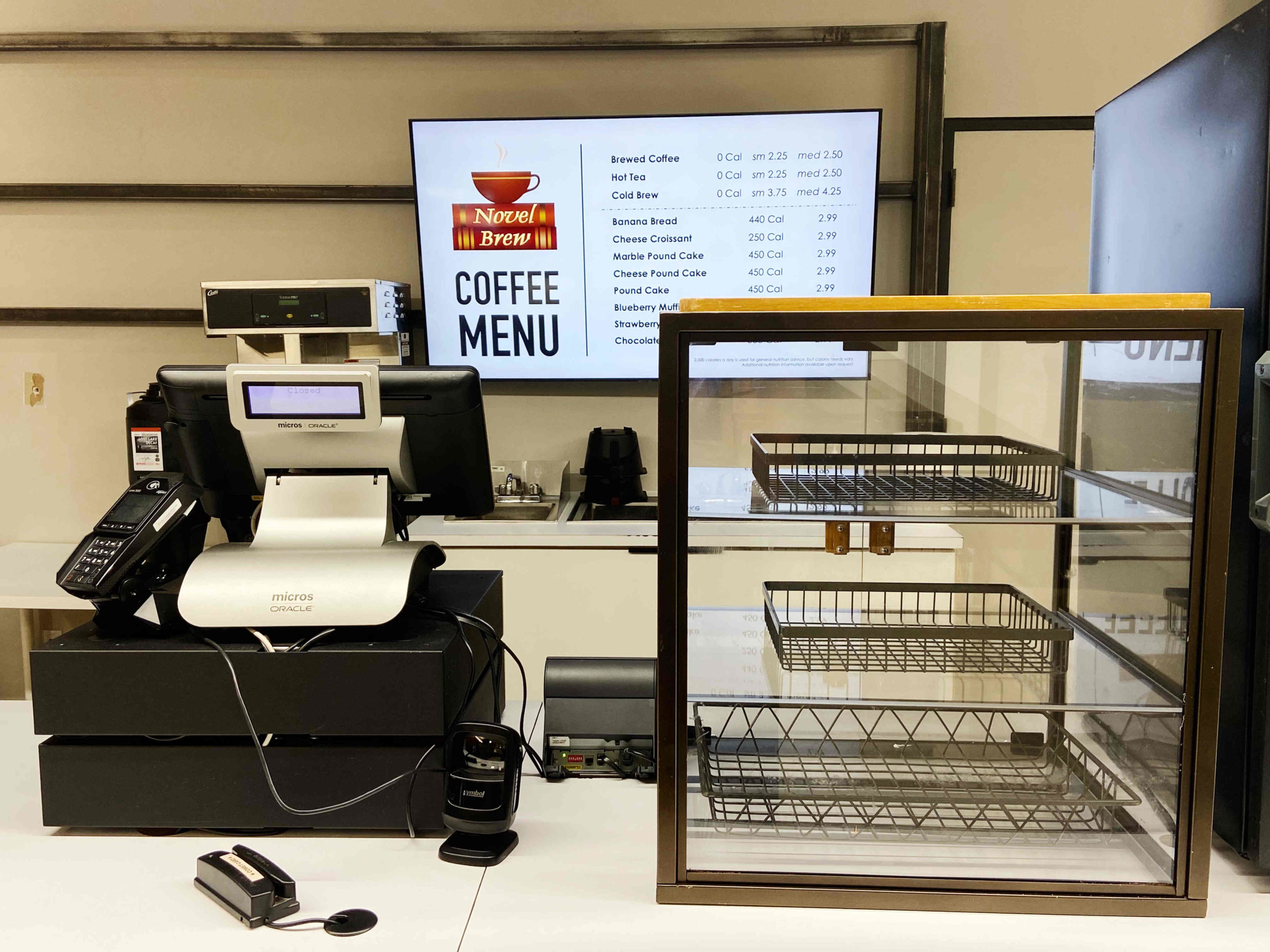 With pumpkin spice latte season once again here, returning Comets may have noticed the first floor of ATEC looking more barren than usual. As of Fall 2022, Lemma Coffee Co has ceased its on-campus operations — both the ATEC and McDermott Library locations have been closed for good.

“We were sad to see Lemma go,” Pamela Stanley, Director of Dining and Retail Services at UTD said, “but they left their pop-up at UTD to focus on their brick-and-mortar stores in the metroplex. We wish them much success!”

“Unfortunately, COVID-19 played a massive role in our departure from UTD,” Baum said.

Lemma, which was founded as a wholesale roasting company in 2017, did not originally have a physical location. Baum said beginning in 2018, they sometimes catered events out of a food truck. After staffing an event attended by a member of the UTD Dining Services team, they received an inquiry about opening a coffee bar in ATEC.

Lemma opened its first stand at UTD in spring 2019 and would later take over the preexisting coffee stand in the library. It closed with the rest of campus for the 2020-2021 school year but planned to reopen in Fall 2021.

“However, the Delta variant seemed to have different plans,” Baum said.

The constant back-and-forth between virtual and in-person learning drove down profits significantly. On top of that, the lack of plumbing at either stand made logistical management “quite involved.”

“Being on a college campus, if enough students aren’t there, we don’t have enough customers to operate sustainably,” Baum said.

“To be honest, I kind of saw it coming,” former barista Ellis Blake, a senior ATEC major, said. “People just weren’t really in the habit of studying in public spaces, or meeting in person, or buying expensive coffee.”

Blake said management frequently complained about profits being lower than they had been before the pandemic. In addition, Lemma now had two brick-and-mortar cafes, which were bringing in far more customers. Blake also attributed financial issues to the location of Lemma’s second stand.

“The library is just such a bad location. No one goes there,” he said. “I think it could have swung better if it was like, first floor right by the entrance. But yeah — basement level, behind a staircase? It was never gonna work.”

Students can visit the current library coffee stand, Novel Brew, in the McDermott Library from 9a.m-3p.m on Monday through Thursday.

Rumors that management would be cutting back operating costs circled among staff for months. But Lemma didn’t just take espresso drinks off the menu, as several employees anticipated. Instead, Blake and the rest of Lemma’s UTD staff received an email in mid-June informing them that Lemma would not be returning in the fall.

“The email effectively laid us all off,” Blake said.

Lemma’s UTD stands didn’t operate during the summer, so the staff was primarily made up of seasonal student workers. Most, like Blake, were forced to seek out other employment for the upcoming academic year.

Despite their sudden departure from campus, Baum is grateful for the “unbelievable” opportunity the pop-up stands provided.

“We loved being a part of UTD’s campus. We had the opportunity to build some incredible relationships with students and staff,” Baum said. “It’s something I’ll always be appreciative of.”

In addition to their Carrollton and Frisco locations, Lemma Coffee Co. will soon be opening a cafe in downtown Plano. Students craving an iced Bee’s Knees latte can stop by to get their daily dose of caffeine, and a taste of UTD past.