‘Malignant’ movie is a mediocre mess 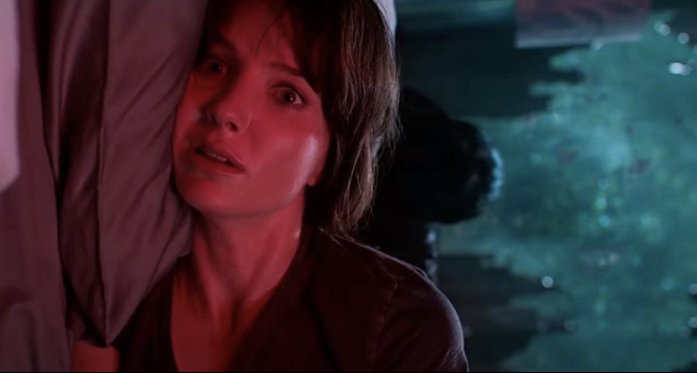 While there are well-written horror movies and comical horror movies, “Malignant” was a mediocre mash of overused tropes combined with a laughable script.

After being beaten by her husband, Madison Mitchell (Annabelle Wallis) struggles with visions that incapacitate her, forcing her to witness gruesome murders committed by a dark force that is aching to burst free. As the murders pile up, Madison goes from a witness to a suspect, leaving viewers wondering if the crimes are the work of a supernatural being or the protagonist herself.

James Wan, director of the “Saw” and “The Conjuring” series, has had a long history of creating horrific stories, but “Malignant” was more comical than anything. Rather than focusing on advancing the plot, the film seemed more focused on shock value from disturbing special effects. The movie was not frightening, and I wish Wan had incorporated more jump scares and psychological horror rather than rely on cliche plot twists.

Upon watching the trailer, I had high hopes, especially since Wallis has had roles in notable works such as “Peaky Blinders” and “The Mummy.” But the script failed to thoroughly dive into her character’s potential. Madison is first introduced as a woman struggling with a history of miscarriages and an abusive husband, and Wallis’ wide eyes and animated expressions conveyed a sense of mania wonderfully. Unfortunately, cheesy dialogue and underdeveloped storylines caused Madison to feel less like the heroine and more like a minor character. The only distinctions between her character and the rest of the ensemble were her penchant for cringeworthy lines and her rushed backstory.

Many horror movies fail to make female characters anything more than two-dimensional victims. Some films like “Scream” and “Ready or Not” give their female leads opportunities to showcase more than just fear. These female leads are fully realized figures that audiences are rooting for, while “Malignant”’s usage of bland characterization made me indifferent to Madison’s fate.

In contrast to Annabelle Wallis’s performance, the rest of the casts’ performance was far more entertaining. Madison’s younger sister, Sydney (Maddie Hasson), stole the show. While Madison struggles with her strange psychic connection to the killer and loss of her recent pregnancy, her sister devotes herself to caring for Madison. As the detectives remain suspicious of our heroine, Sydney embarks on a mission of discovering the truth of Madison’s unknown past. Complete with doe eyes and a sense of justice, Sydney is the true hero.

Wan knows how to use overused horror cliches to his advantage, causing them to be a focal point of his films. The determined and seasoned detective (George Young), splatter gore and ominous phone calls have been utilized in films before, and Wan combines these factors with dark humor and ghastly creature to produce something entertaining but not unique.

The film was certainly exciting. How can a funny horror movie with an attractive detective not be? I just think that Wan should’ve committed completely to dark humor or elaborating on Madison’s trauma. It seems in bad taste to incorporate abuse and mental illness with a goofy murder and laugh-worthy dialogue. The killer’s odd gait and acrobatic movements were so bizarre I couldn’t help but burst out laughing every time he appeared on screen. While most of the movie seemed predictable, the revelation of the killer’s identity was disturbingly ludicrous.

I think this film was an unpredictable path for Wan and a playful take on his usual nightmare-inducing creations. In place of a well-written script, Wan opted for blood-fueled, fast-paced gore in a true slasher-thriller style that would’ve been enjoyable if it didn’t address sensitive topics so poorly. It’s not the usual Wan fare that fans are used to and just barely crosses the “so bad it’s funny” threshold.