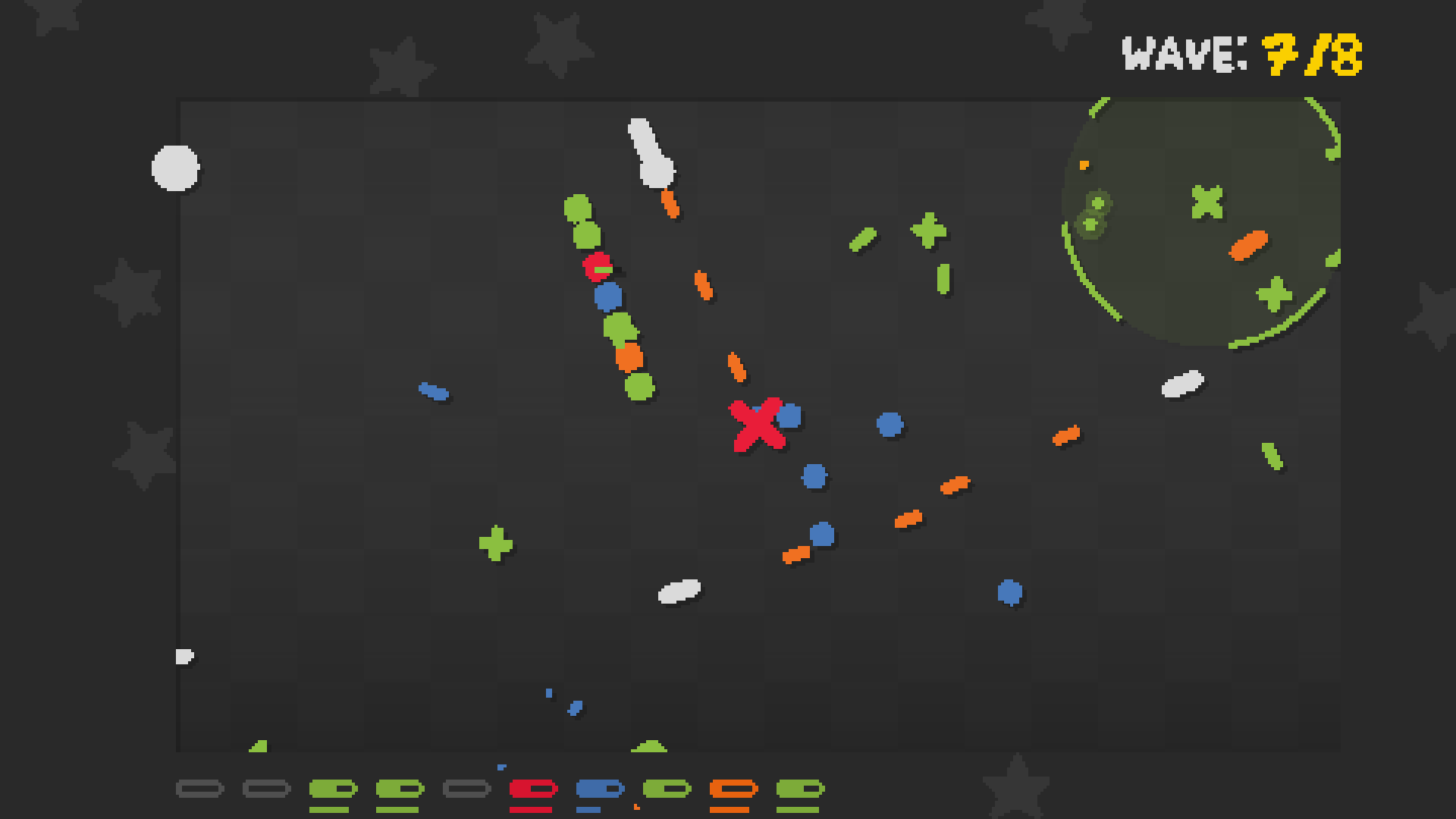 In essence, video games are just moving pixels on a screen given meaning by game developers. And while SNKRX is basically just a modified Snake game, it’s one of the most entertaining collections of polygons in recent memory.

There are two ways to describe SNKRX’s premise. The simple way is that you build up a “snake” of squares that generate polygons to get rid of other polygons on the screen. Your goal is to build the snake properly so that it doesn’t disappear by getting hit by the other polygons.

The fun way, the engrossing way, the way that the game pulls you in, is that you are building a party of fantasy heroes to fight through 25 arenas against perilous foes. The heroes will automatically attack any enemies in range of their spells, and between arenas you gain access to a shop to buy more heroes. Like Teamfight Tactics, buying duplicate heroes will make them stronger, and different classes of heroes have synergies that provide party-wide buffs. Get three mages together and the enemies’ defense will be lowered automatically. Get three warriors together and all the warriors will gain defense. The game becomes a Snake variation of an auto-battler, getting the player to reroll the shop to try and build the best polygon-killing snake of heroes they can.

That’s not to say that the game doesn’t play up the “RPG Battle” fantasy as much as it can with said polygons. Each hero on the snake has its life bar shown when you take damage, and when a hero dies, the game will slow time and the music to force the player to acknowledge their loss. The sound effects are on point for all the spells, with “knives” having a metallic clang when they hit the wall and lightning bolts, well, just looking and sounding like lightning bolts. Different spells of different classes are color-coded so that you can tell them apart in the wild mix of colored circles and squares on the screen of a late-game run. Just by listening, you can tell when your wizard has fired off their spell or when your warrior has swung their sword.

And speaking of sounds, the game has a wonderful soundtrack to punctuate the Snake battling action. The songs increase in tempo and excitement as the game progresses, with late-game runs fueled in part by the banging soundtrack. You can even purchase the soundtrack separately on Kubbi’s Bandcamp, and even if you don’t play the game for that long, I highly recommend the soundtrack.

Once you beat the game, you gain access to the new game plus looping options, which increases both the difficulty and the max party size, letting you play with more synergies but also increasing the navigation difficulty. The bigger the snake becomes, the easier it is to get hit by stray enemies, forcing you to strategize where to put all of the heroes on your snake which increases the depth of the game even more.

I’ve already spent over five hours on this game, and for only $2.99, SNKRX will provide a fun and hectic explosion-filled experience. If you need to scratch that auto-battler itch, want to play along to a great soundtrack or just need a fun excuse to waste 30 minutes, SNKRX is the modern Snake game for you.

‘Malignant’ movie is a mediocre mess