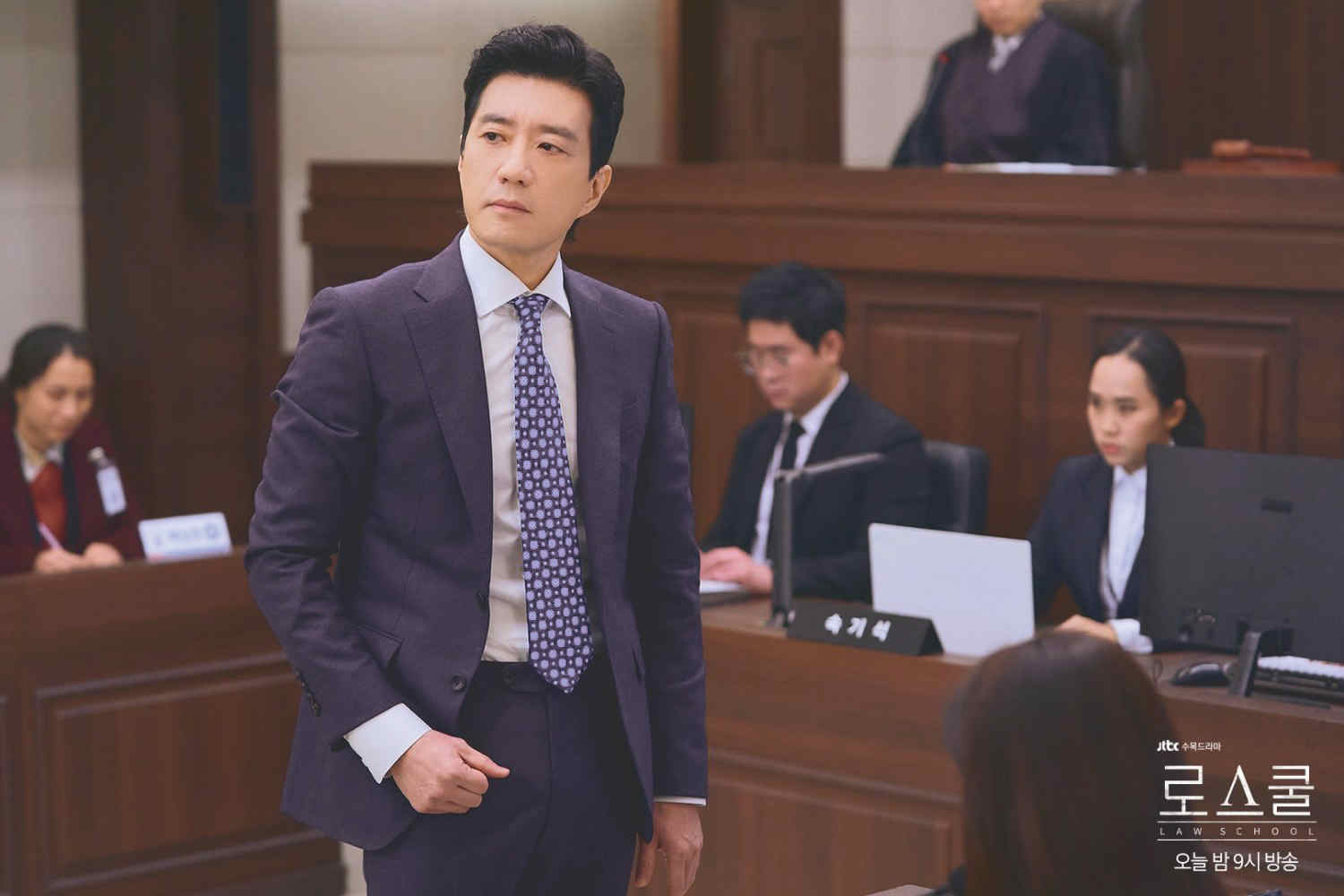 "Law School" is the perfect combination of drama, thriller, romance and comedy wrapped into one legal school k-drama. Photo courtesy of Netflix.

With law school applications opening at the beginning of this month, pre-law students must have a lot on their mind. So, why not unwind with a K-drama that gives you a false sense of productivity instead of watching “Criminal Minds” for the thousandth time?

“Law School” follows a group of eight students from a variety of backgrounds as they navigate their tumultuous first year of law school. Along with the pressure of exams and cold calls, the students take matters into their own hands when a professor is killed in the middle of class, investigating to uncover the truth behind the murderer and their fellow classmates. Everything and everyone are more entangled than meets the eye, and to ensure their futures, trust quickly becomes as valuable as an A+ as the semester goes on.

Though the overall genre of the show is a mystery thriller, the heart of it all is the development of different dynamics and friendships (plus a teased romance) between the students. Cultivated through earnest and comedic scenes, these relationships alleviate the stress of the main investigation for the characters and the audience. The drama has so many relatable and accurate moments of student life that it’s almost painful to watch as the characters study at the library until their eyes can barely stay open, delicately traverse the perils of group projects and search for the perfect study group as finals descend upon them… all while solving a murder. You will stay on the edge of your seat not only for the mystery, but the fate of the beloved characters who charm you instantly.

The drama is also told in intricate detail with flashbacks interspersed throughout. This back-and-forth could get messy and hard to follow, but the revelations are timed perfectly, allowing the mystery to unfold naturally with each step. Though, this still doesn’t mean that the investigation will be solved easily by keen-eyed audiences or the beloved characters. Even with the clues presented carefully, this storytelling technique will utilize all of the exercise your brain has done while studying for the LSAT for those that are applying to law school this cycle or the universal experience of just trying to get through the first few weeks of classes.

The cast is star-studded and filled with nuanced actors that not only nail the fun comedic moments but also the heavy emotional scenes. Ryu Hye-young plays the main character, and she’s already proven her comedic timing skills in the acclaimed K-drama “Reply 1988,” but audiences can really see her talents shine in this story as she perfectly balances stressful moments with heartwarming (sometimes back-to-back) as the main character becomes the heart of her circle of friends. Kim Bum who you might know from “Boys Over Flowers” (a classic and if anything, it looks like he’s aged backwards since then in “Law School”) stars as a charismatic genius who bickers with our lovable main character. Other amazing actors like Go Youn-jung who is currently in “Alchemy of Souls” and Lee Jung-eun who you’ve surely seen somewhere with her prolific career (“Parasite” being one of many spectacular works she’s in) create the captivating characters of “Law School”.

Though sometimes it may be necessary to pause and take in the heaviness of the mystery and the uneasiness of the murder investigation, this drama is one to come back to because of the character’s magnetic pull. They’ll live in your head until you find out if they get their happy ending and long after. Even though it’s officially classified as a mystery thriller, its charm lies in its comedy where fans still find themselves watching MV’s and clip compilations months later when they’re feeling down. This drama will definitely toy with your emotions and brain. “Law School” is the perfect K-drama to watch in order to manage the stress of law school applications this cycle. And even if you’ve watched it before, it’s worth a rewatch to find any hints that you may have missed in the past and comfort in the characters’ stories.

“Law School” is streaming on Netflix.