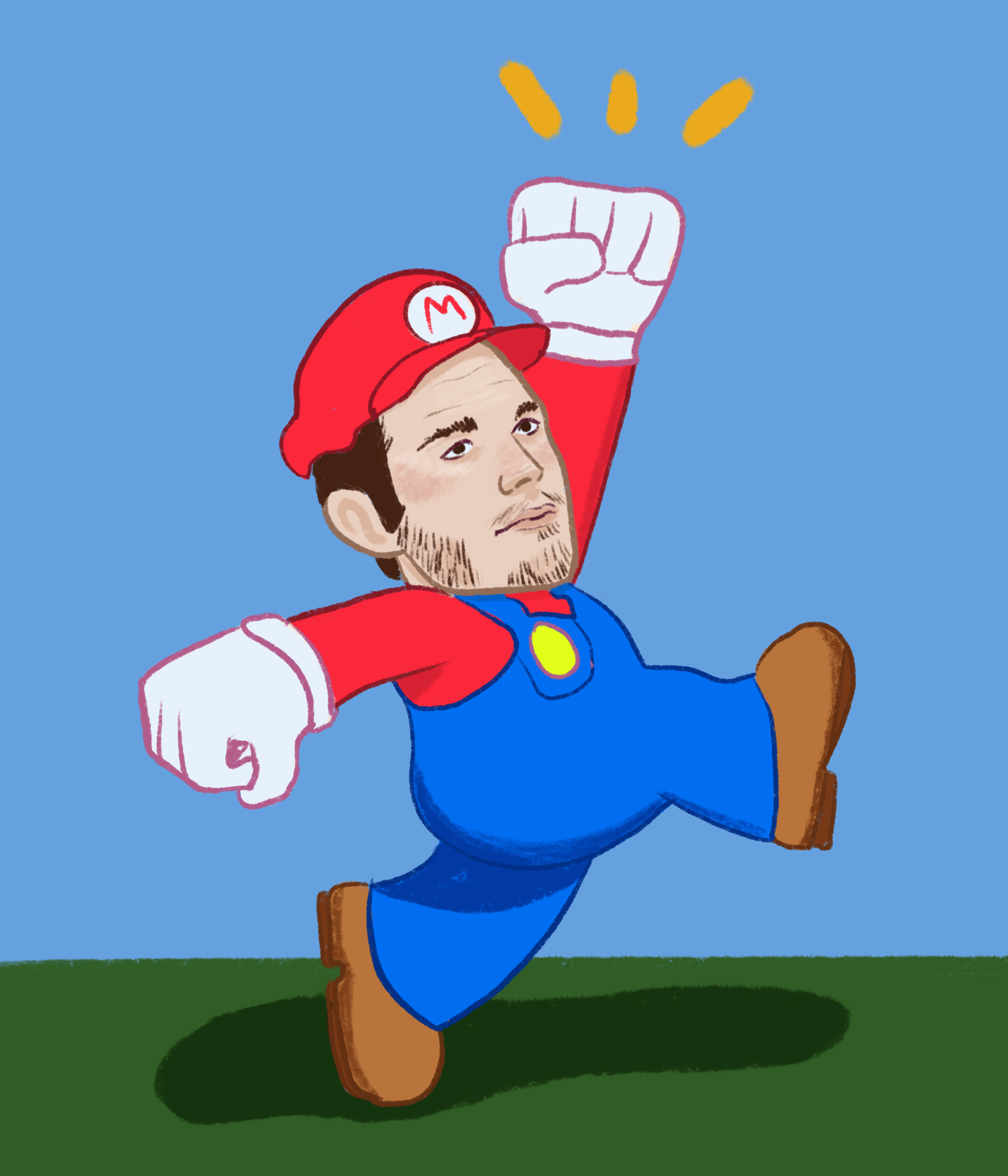 Following the reveal of an animated Mario movie at the latest Nintendo Direct, widespread controversy over the cast and studio spread among fans – controversy which might have intentionally been stoked for this movie’s success.

There’s a lot of concern for the new film coming to theaters next Christmas and what direction it will take. Many fans want a traditional narrative that follows the formula of the games and are worried that the stylistic choices of Illumination will poorly portray the franchise as too child-like. Concerns were only reinforced with the cast reveal; there’s worry “Guardians of the Galaxy” star Chris Pratt won’t live up to the original voice of Mario, Charles Martinet, or that he’ll talk too much compared to the minimalist dialogue icon he’s to portray. There’s also skepticism about how family comedian Jack Black will match the big bad Bowser, how the wild Charlie Day from “It’s Always Sunny in Philadelphia” will portray the awkward Luigi or how adult comedian Seth Rogen will replicate the stoic Donkey Kong. Outside a questionable casting stunt that has certainly drawn attention by using big names, fans are perturbed that Illumination, famous for “Despicable Me” and “The Secret Life of Pets,” is spearheading the project with “Teen Titans Go!” developers Aaron Horvath and Michael Jelenic directing the film under “The Lego Movie 2: The SecondPart” screenwriter Matthew Fogel. However, this is exactly what Nintendo wants.

This isn’t Nintendo’s first attempt to bring the famous mustached icon Mario and his 36-year-old franchise to the big world of cinema. In fact, it’s actually their third attempt to bring the plumber-turned-hero into film, a history which is already influencing this upcoming film. After the phenomenal success of 1985 “Super Mario Bros.” for the NES and arcades, Mario debuted in the anime film “Super Mario Bros.: Peach-Hime Kyushutsu Dai Sakusen!” in 1986, which was labeled as the first video game film in history. It was met with resounding success that exploded with merchandise ranging from rice containers and watches to even a manga. This became Nintendo’s first major push for merchandising that defined gross revenue, a successful tactic that would however not transfer in American markets.

In contrast, the 1993 live action “Super Mario Bros.” – the first live-action adaptation of a video game – had a terrible showing that created a still-present negative stereotype for video games in film. Losing between $3.1-$9.1 million, Nintendo pulled out of theatrical film all together for 26 years following this release. Part of this problem was giving a creative license without supervision to the underdog Hollywood Pictures Company, which at the time was unable to produce anything above questionable live-action content. Equally contributing to its failure was that the film effectively held next to no resemblance to the beloved franchise, pushing on-set conflicts, inconsistent tones and hardly any merchandise. This failure is what brings distress for the upcoming film, which is the current centerpiece of online discussion.

So, after the critical failure of its live-action movie – and the incredibly high grossing “Detective Pikachu” – Nintendo should play it safe. With Mario creator Shigeru Miyamoto directly staffed on development, Nintendo doesn’t want to leave room for error, an approach furthered by partnering with one of the most successful animation studios in recent times. Illumination grosses approximately $672.9 million per feature film when the average budget is only $72.9 million per film, and even their least successful film, “Hop,” made up for its budget nearly threefold. By all measurements, Nintendo is taking the best route for success with their ambitious film. However, they’re guaranteed to make a profit if they follow what brought them financial success with the original anime film and push merchandise.

There is a clear drive to appeal to children, and Nintendo’s choice to release the film around Christmas when toy sales are at their highest will ultimately propel Nintendo and Illumination’s financial success. The casting reveal was a brilliant strategy to create free advertising, increase marketability and get adult collectors and children alike to swarm to buy merchandise during the holiday season.