With a large variety of anime ranging from epic action thrillers to slice-of-life romantic comedies, now is the perfect time to start watching anime with friends 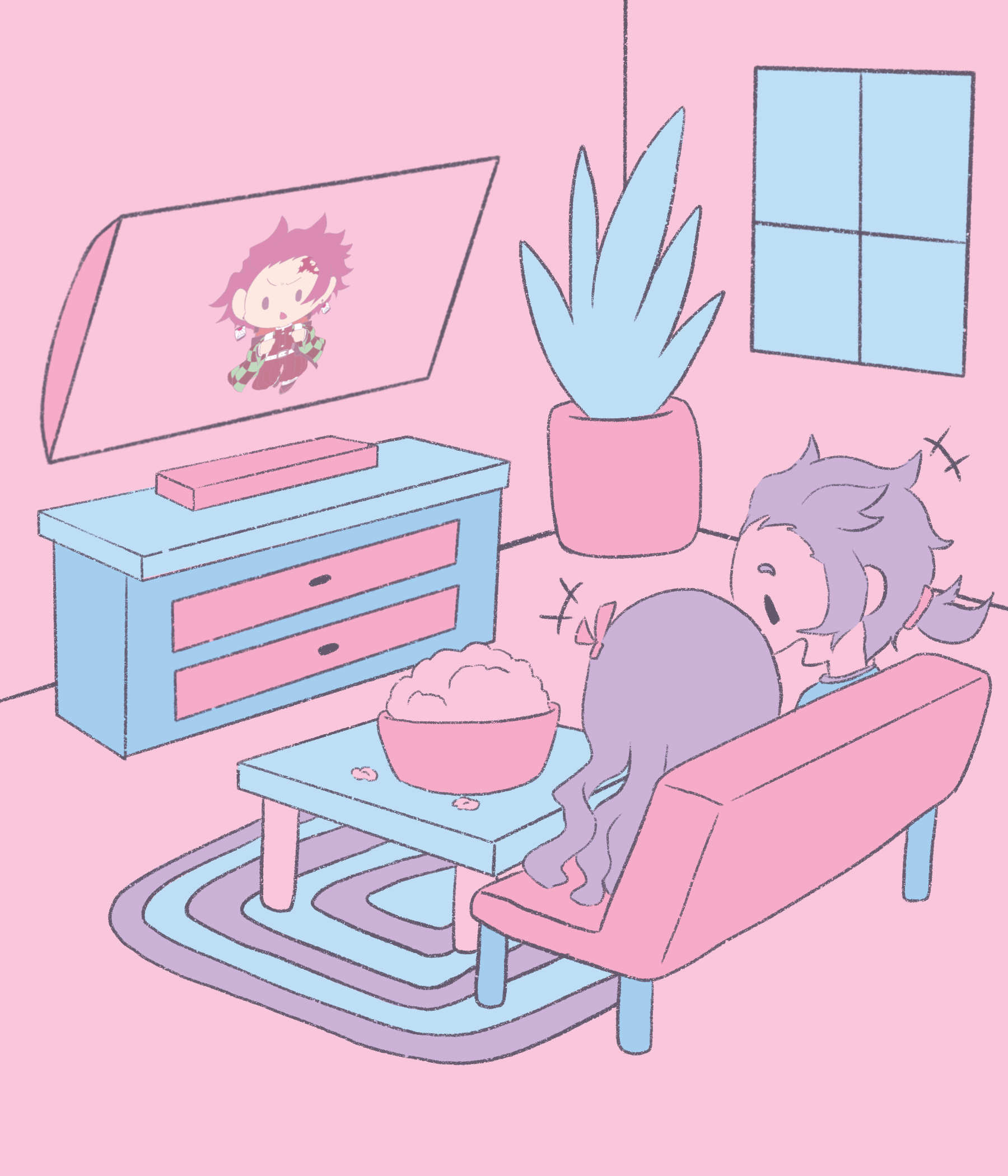 If you’ve never been interested in anime before, now’s the perfect time to dive into anime and embrace being a weeb.

A word that started as a punchline for the web comic “The Perry Bible Fellowship” but later evolved to describe someone obsessed with Japanese pop culture to an unhealthy extent. Today, the term has been watered down and used to simply describe anyone who likes anime, manga or video games – a far cry from the insult it started as, and now a term you might hear jokingly thrown around in friend circles. While weebs are still sometimes associated with being cult-like enthusiasts of Japanese entertainment, this outdated bias shouldn’t stop you from giving anime a shot, especially with the wide variety to choose from. So, let me be the whispering Satan that entices you to take a bite of this proverbial apple.

Like many others, I started watching anime in my childhood and teen years – the times when most other passions emerge. Back then, I couldn’t tell you the difference between cartoons and anime. All I knew was that I was always looking for good stories to experience. With all these different mediums to dip my toes in, why would I limit myself to traditional books, movies or TV shows just because anime was seen as strange and unconventional?

Granted, I could do without the excessive flashbacks and extra padding between episodes in some anime, but every show has its pros and cons, its own mark to imprint on your person. You don’t have to stick to just one series if it doesn’t appeal to you. New popular shows like My Hero Academia and Demon Slayer offer robust animations and dynamic characters and are fairly accessible; they can entice newcomers without making them feel overwhelmed.

Then there’s the more obscure series, like my all-time favorite, Gintama. It doesn’t sit in just one genre and the plot occasionally seems nonsensical as it sporadically hops from situation to situation. One moment it’s a comedic slice of life, the next a traumatic tale of a war veteran struggling to hold on to whatever happiness they have. It’s an amazing story but can leave a new anime viewer perplexed on how to process all the show’s story arcs and characters. Many anime series do this since the concept of maintaining a genre doesn’t necessarily limit anime themes like it does in conventional media. An anime that starts with ninjas stealthily fighting can end up with a world war consisting of aliens, zombies and ninjas throwing nukes at one another. There are no boundaries, and the plot can sometimes go where fans least expect to keep things exciting. Often, it’s best to watch a particular anime with an experienced friend to sort of guide you through the nuances and help process the information until you feel confident in watching by yourself.

Avid anime watchers often expand their viewing palettes when starting new shows. Going from a fast-paced, serious show about humans fighting giant behemoths called “Titans” to a comedy show about aliens threatening to destroy Earth if some high school students don’t learn to kill them in time could lead to some serious viewing whiplash. The same was the case for me, as I only watched action and comedy anime with the occasional romance series here and there. I never felt comfortable venturing into the unknown – that is, until a close friend recommended that I watch “Ancient Magus Bride.” This show tells the stories of magic, faeries and the supernatural through the lens of a young girl who is trying to understand her quirky mage caretaker. It was completely not my style, and my friend was afraid I might find it boring since it was more of an emotional anime.

Yet, I found myself intrigued with the world-building, the beautiful narrative of characters dealing with personal (as well as literal) demons. The colors, music and words can’t do justice to the ethereal experience I bore witness to. I thank my friend to this day for introducing me to an anime that broadened my viewing horizons to shows I only spared a passing glance. It still holds a special place in my heart, and if I never took that chance to watch it, I would never be relaying this story here to you.

The impact anime has had on our culture is vast. From the art and design that helps new artists craft their own styles to the unique aesthetics, whimsical colors and even mesmerizing music that touches people, the influence of anime is pervasive. You’ve probably even heard someone playing anime music on the Student Union piano as you passed it on your way to class. It’s a rite of passage for every UTD student to stop and ponder where they heard the player’s tune before and end up thinking about that mystery the whole day. Anime is a part of our lives like many other forms of entertainment, so instead of looking at it as a disjointed limb on a body, see it as another piece of culture humanity has to offer.