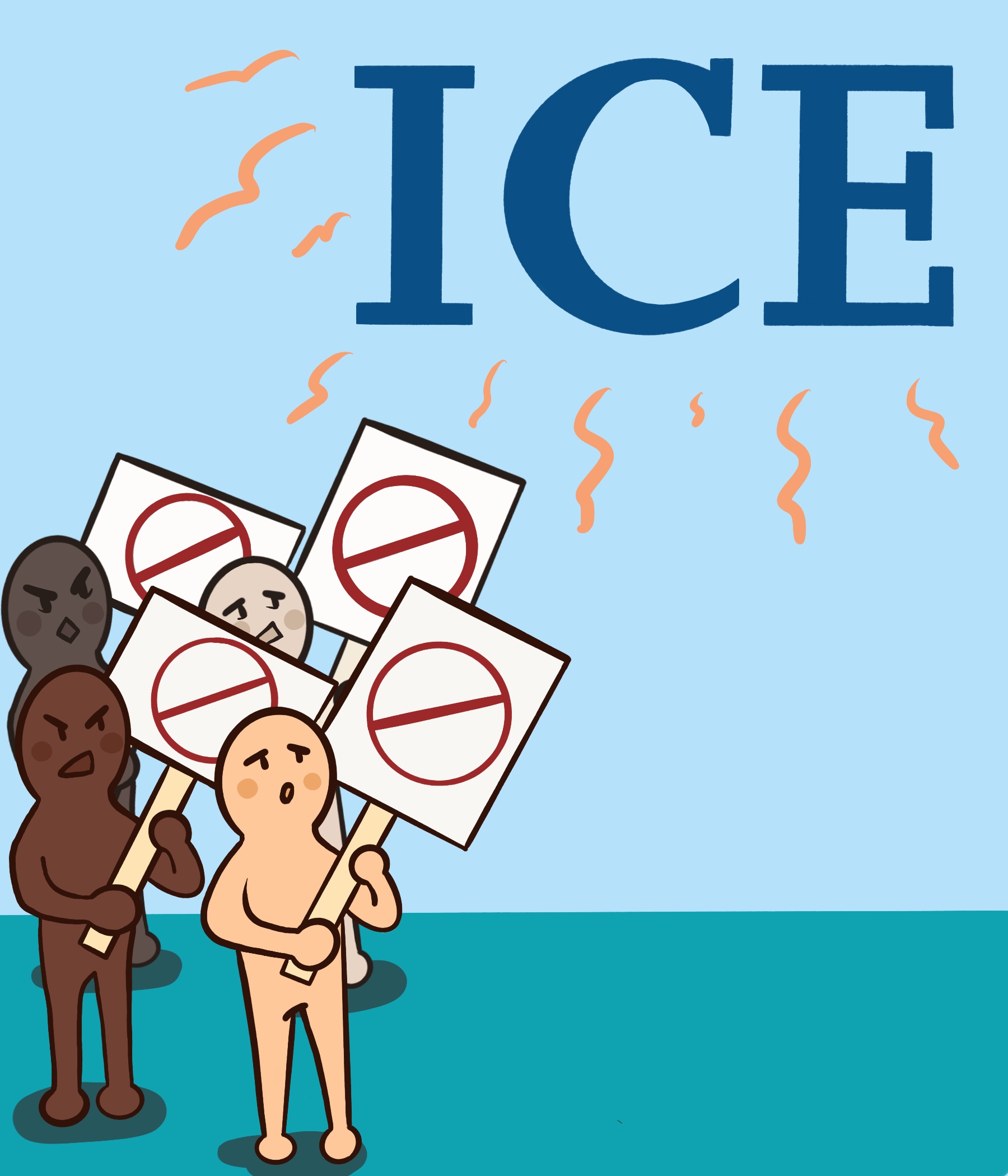 On July 6, ICE posted a statement on their website that international students not enrolled in in-person fall 2020 classes would have to leave the country. The directive has since been reversed.

The original ruling said international students could only take three hours of online credit but was waived during the pandemic due to the widespread increase in online-only classes.

Thomas Gray, a political science professor, said it was important to note that the directive was a preliminary statement or preview, not a final rule.

“We have this emergency rule that was made back in the spring that says for the duration of this pandemic, there would be exceptions for students taking online classes. They previewed the idea that they were just going to change that,” Gray said. “That runs into several different problems, (one of) which is the Administrative Procedure Act, which lays out the rules for how you make rules.”

The APA is the law that established the process for how federal agencies make rules. It requires them to give notice about proposed rules in the Federal Register, the official journal of the federal government, and provide the public with the chance to give feedback.

“The notice and comment process takes a long time. It takes many months, sometimes it takes years, so it’s not something that would likely finish during the Trump administration and definitely not before the fall. They couldn’t go through that and still apply it to the fall semester.” Gray said. “There are some exceptions for when you don’t have to (give notice and comment), one of which is an emergency. But there’s some thoughts that getting rid of it, in such an emergency, (it) would have needed to go through notice and comment.”

Aishwarya Sreenivas, a supply chain management master’s and international student, said she was initially shocked by the proposed change.

“We had already endured a lot — looking for internships in the spring was difficult for international students because of the pandemic and there is so much money spent to come live here,” Sreenivas said. “I had an internship offered in April that was rescinded in April.”

Graduating international students face a competitive job market. If they are unable to find a job 90 days after graduating, they must return to their home country.

“In my country there are no international flights flying in or out. The flights had resumed for a while — for I think 15 or 20 days — but now it’s stopped again because the increasing amount of COVID cases,” Sreenivas said. “It would take time for me to find a job in my home country because the opportunity, especially in my field of supply chain, is less.”

“Since the controversial ruling was announced by U.S. Immigration and Customs Enforcement, this matter has been a top priority for UT Dallas,” Benson said in the statement. “I joined in a letter composed by the Association of Public and Land-Grant Universities calling on Congress ‘to swiftly pass legislation that grants needed flexibility for our international students and institutions during the global pandemic.’”

Gray said he thinks if the colleges and universities had not sued, the directive would not have been rescinded.

“My guess is that that immediate strong sort of vociferous response that was necessary played a big part there. The ironic thing is the lawsuit probably wasn’t even technically valid in the sense of there was no final rule. So it was objecting to something that hadn’t actually happened yet.” Gray said. “However, it communicated how strongly they were going to fight back against any rule that did come about.”

The student petition also asked for freedom for all students to choose whatever modality they desired and assistance in securing alternative financial assistance. Currently, UTD is offering the asynchronous modality — regardless of the assigned modality — for all fall 2020 classes.

“As non-STEM majors, we are already disadvantaged with limited OPT (Optional Practical Training) timescales, and are particularly vulnerable to rulings that directly affect the economic and career stability of international students,” the petition said. “We call for increased academic service from faculty to actively encourage and provide pathways for accelerated career options for graduate and undergraduate students.”

The United States Citizenship and Immigration Services defines OPT as “temporary employment that is directly related to an F-1 student’s major area of study.” It functions as a work permit for international students — employers do not have to sponsor them while they are on OPT. Because of ATEC’s non-STEM designation, international students have one year for OPT after graduation. However, other international students in designated STEM fields such as computer science have three years for OPT, giving them greater opportunity for employment. Catalina Alzate, an ATEC graduate student, said the designation is not fair to ATEC students.

“Some of us study subjects like artificial intelligence and machine learning,” said Alzate. “We are very STEM-oriented, but we do not get the same designation despite learning the same subjects as students in (ECS).”

The STEM designation was not a demand included in the initial petition, but arose after the group began discussing other issues in the school. Although the ICE directive is no longer in place, ATEC Ph.D. student Letícia Ferreira said the students want to keep the momentum going and raise their voices on issues affecting the ATEC graduate community.

“We were really understanding of how this is something that been part of a larger persecution in institutional educations. That is a conversation that actually kept us going,” Ferreira said. “But I think it is very important to acknowledge is that this doesn’t end here. This is a constant effort for us to make sure that our voices heard, that our concerns and our needs as students and professionals must be heard in in different circles. The question is how do we build a stronger student position so we become more resilient and less vulnerable to all these larger things.”

To date, the petition has 180 signatures from students, faculty and alumni. The ICE directive was reversed less than a week after the petition began circulating. The group, consisting of both international and domestic students, plans to be more engaged with current events happening in ATEC and make themselves more well-known amongst the student body and UTD administration.

“In the hierarchy of decision-making in institutional power and in moments like this, we realize that our voice has to be stronger. And our positions will count for decision making institutions as well,” Ferreira said. “We are beginning the process of strengthening ATEC graduate students so that changes are happening hopefully. But we know that institutional changes take time. I think the most important objective here is to be able to make students realize that this (affects) all of us, independent of where we were born.”