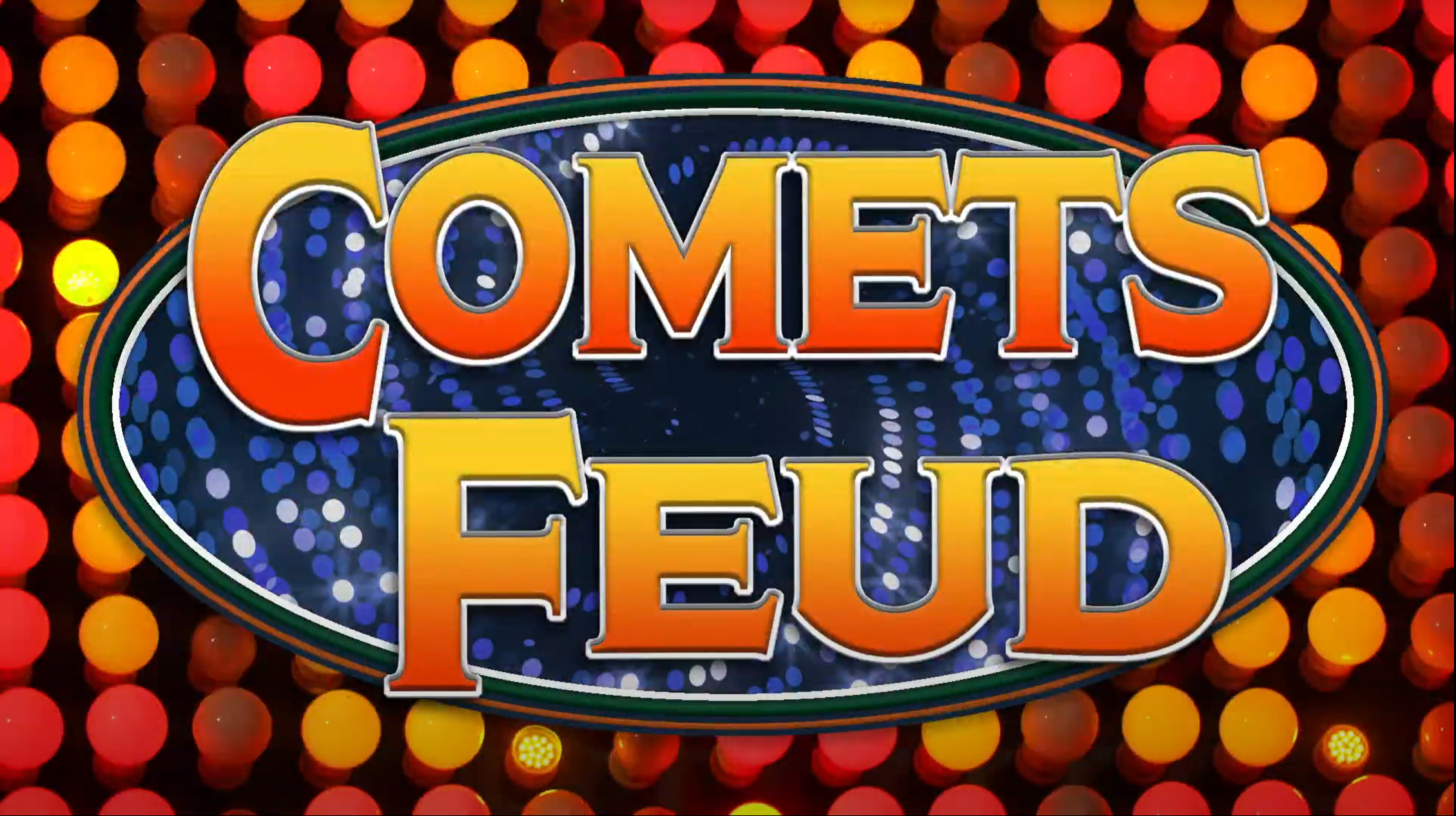 The public can view recorded episodes on the UTD Comet Sports YouTube page.

To play, each UTD sport contributes a team of five players who compete against other teams in brackets, progressing from quarterfinals to semifinals to championships. Assistant Athletics Director Dave Wester said the tournament is a way to give student athletes a reason to be competitive with each other in a friendly way, even from home.

“We started it around a month ago,” Wester said. “We didn’t know where it would go. It was supposed to be just a fun game but student athletes loved it so much that we decided to turn it into a tournament. Our coaches loved it and students seemed to enjoy the competitive side of it.”

With the onslaught of the current pandemic in March, athletic seasons were cut short and student athletes were sent home on extended leave from their respective sports. Comets Feud was the brainchild of Associate Athletics Director Bruce Unrue, who created it with the intention of keeping the athletics community together in the midst of uncertain times, inspired by seeing a Facebook livestream of a church holding a similar contest.

“They weren’t seeing their teammates and we weren’t seeing them — so there was a big disconnect going on,” Unrue said. “I was trying to come up with something fun to do that could get the student athletes in front of each other again. Just to have them at least see each other’s faces and interact a little bit, because that’s a big part of being part of a team: being around your teammates and not only competing on the field but having time to spend together.”

Each episode of the tournament is recorded through Microsoft Teams and then uploaded to YouTube for the general public to view. Wester said it is a way to give the fans further insight and taste of what student athletes are up to. Initially, the game show was uploaded to YouTube and advertised through the Comet Sports Twitter account, but since posting on Instagram TV, viewership has greatly increased, with some episodes on YouTube reaching over 150 views, Unrue said.

The idea was first introduced to the Student Athletics Advisory Committee (SAAC) as a way to test the waters to see if there would be interest within the student body. SAAC President Christian Kondor said that the tournament was definitely something the committee wanted to do, fitting with their goal of fostering a sense of community within the athletics department and building camaraderie between the teams.

Kondor was also involved as a participant and said that the game show had an overwhelmingly positive response. Athletes were eager to play and it gained traction quickly.

“The prompts and responses were absolutely hilarious,” Kondor said. “We were super competitive, because that’s one of the things you can really count on with an athletics department event. If you make it competitive, we’re going to be invested and it’s all in good fun but people get really into it and this was no exception.”

Much of the logistical preparation for the tournament was handled by the athletics directors, with Unrue preparing graphics and sound effects as well as editing for each episode, while Wester prepared prompts and a script for each taping.

“We had a group meeting and I was asked if I wanted to host,” Wester said. “I said ‘Sure, it sounds like a blast!’ I enjoy interacting with our student athletes and I feel like I have a good relationship with many of them. I also saw this as an opportunity to get to know more of the student athletes better, so I jumped at the opportunity.”

Wester said they are still going through the learning phases of remote access to everything, but the sports teams have gotten stronger as a group just by seeing and talking with each other. He said it’s great to be able to touch base with students weekly and see how they’re doing given the circumstances.

“It’s like a wellness check,” Wester said. “We care about their wellbeing and during the summertime we don’t always get to see them anyway, but this pandemic has actually prompted us to reach out to them more often to make sure everything is okay. There’s a flux right now about what’s going to happen. Nobody knows and the more familiarity you have in your life, the easier it is to deal with it. If they are going through a tough time, they have something to rely on that will be there for them, and that’s us.”