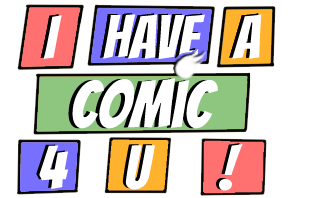 There are many misconceptions about comics, the main two being that they are only about superheroes or are just there for the Sunday funnies in newspapers. So, to divorce you from any misunderstandings that you have about the comic medium, my first recommendation and review are for a series called“Amelia Rules!”by Jimmy Gownley.

To summarize, the comic is about a girl named Amelia who moves from New York to a small town after her parents get divorced. We then follow her adventures from having to deal with being the new kid to seeing her mom start dating again. This simple narrative is exactly why “Amelia Rules!” is a great starting point for comic beginners: you don’t need to have any background knowledge on any of the characters or pick a specific year or series line, like for superhero comics.

But like many Sunday funnies, the comic is about a child doing childhood-related things (playing outside with friends, going to school and getting in trouble), but it’s also much deeper than that. The series manages to be a lighthearted read while still touching upon heavy subjects. For example, Amelia — the series’ protagonist — has to deal with the aftermath of her parent’s divorce, losing touch with close friends and being an outsider in a new place.

Main character aside, the side characters are equally as complex, and the series does a great job of subtlety showing their personas even when the focus of a scene is on Amelia. For instance, whenever Amelia’s having a dilemma and reaches out to her aunt Tanner for advice or guidance, one gets to see how there is depth to her aunt’s chill persona. During small moments like this, we see that there was someone ambitious yet reckless, idealistic and perceptive due to Amelia’s experiences trying to pursue a music career.

And despite being a comic, this series maintains an interesting and interactive narrative. This is mainly thanks to the way the author uses stable comics tools such as panels, speech and thought bubbles to express a scene’s action or character thoughts. For example, instead of just having a single thought bubble lay out all of Amelia’s thoughts, the first page has Amelia simply looking at the reader and inviting them into her room, then talking through where she’s at in the moving process and how connected she is with her mom because of the divorce. The story follows with pages of her breaking the fourth wall by being drawn looking straight ahead in the page and talking directly to the reader, walking them through her thought processes on whatever she’s contemplating. This type of fourth wall breaking becomes pretty common in the series because of how regularly it happens when tension starts to build up or there’s some background information that needs to be addressed. This perfectly captures what it’s like to be a perceptive child!

Yet, what makes this series stand out the most is the heart and understanding behind it, and it’s noticeable from the way Amelia is allowed to just be. She is depicted as having both girly and tomboyish qualities without it being a big deal to her close ones, she’s allowed to have complicated emotions and she frequently makes mistakes. Her mom and aunt Tanner are present, involved and affect her life instead of being absent like the disembodied voices that are supposed to represent adults in other media where kids are the main characters. The town and the rest of the cast are fleshed out by the depictions of the seasons changing, the characters having more than one outfit and the panels and typography playing off one another to drive home the message any given scene is trying to convey.

To acquire a copy of this series so you can start your comic reading journey, you have three options. First, all the volumes are on sale on Amazon by the author himself (Jimmy Gownley). Second, you can fill out a suggested title form on the UTD library website and request they order the series since when you look up “Amelia Rules!” on their website, they only have peer reviews of it. Third, you could go to your local book or comic book store and see if they have it there and if not, request it through them. Regardless, no matter how you decide on reading this series and using it to jump into comic reading, Amelia and her supporting cast will undoubtedly touch you in some way.

I want YOU to get vaccinated!