Playing the twin stick shooter versions of Halo feels like slogging through mud. 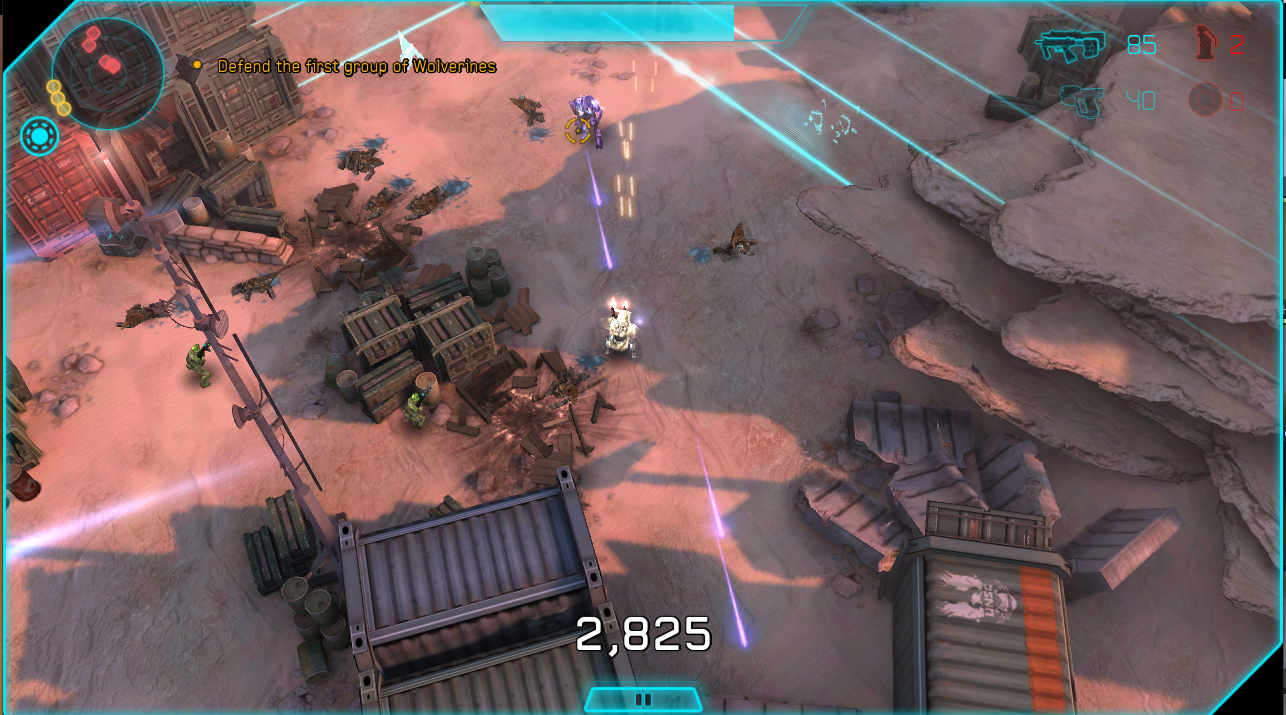 Do you remember the “Halo” twin-stick shooter?

It’s ok if you don’t. But for $4.99, both “Halo: Spartan Assault” and “Halo: Spartan Strike” are available in a bundle on Steam right now, and upon hearing this you may consider it a good opportunity for some twin-stick shooter action. Classic guns, skull modifiers and an old school high score approach to shooting aliens may at first seem like a slam dunk formula, but a pile of small setbacks prevent the game from making you feel like a “killionaire”.

In a twin-stick shooter, arguably the most important aspect to make feel right is the shooting. And it only just misses the mark. Whenever you want to shoot, with any weapon, there’s a small windup time for the player character to actually start shooting their gun. Whenever the player character begins the action of shooting, their movement speed slows down to a crawl, as well. This makes both games feel sluggish whenever engaging in actual combat, made even more frustrating when trying to weave in and out of enemy bullets while trying to shoot them back.

This is especially disappointing when drawing comparisons to other twin-stick shooters, shoot-em’-up games and even the mainline series itself. For example, the latter’s latest installment “Halo Infinite” has one of the cleanest and most satisfying shooting in a recently released first-person shooter right now, continuing a trend that’s lasted throughout the series. And in any other twin-stick shooter I can think of, the main gameplay loop of shooting enemies never felt as mildly annoying as it is in “Halo: Spartan Assault”.

Points are gained by killing multiple enemies in a row without getting hit. Doing so awards some of the classic “Halo” kill streak announcements: going from double kill all the way up to “killimanjaro.” The “Halo” announcer himself is absent, however. Perhaps when mowing down scores of enemies in a twin-stick shooter, the developers decided that having an announcer would provide too much vocal noise. But it’s replaced with nothing, and level after level of taking down the Covenant feels silent without any sort of announcer or NPC radio support.

And because of the way points are gained, shooting becomes incredibly frustrating in “Halo: Spartan Assault” especially. Since even drawing your gun slows you down, you’re guaranteed to get hit if you decide to shoot in mid- to close-range. Getting kills without getting hit is almost essential to racking up high scores, encouraging a slow, boring and methodical approach in a game ostensibly about running and gunning.

Playing on a controller is mildly better than with a mouse and keyboard, as the game provides an aim assist to controller-using players. But because all the issues with shooting still carry over, the question becomes more of why to play at all. Multiplayer in “Halo Infinite” is free and good and there exist flash games that feel more satisfying and responsive than “Halo: Spartan Assault” and “Halo: Spartan Strike”.

These games just make me want to play real Halo, especially since the Halo Infinite multiplayer is free to play. For five dollars, it is at most worth two hours for a 2/5. It’s probably better to just save the money for a coffee or a “Halo Infinite” skin.