Giving Comets keys to the keyboard 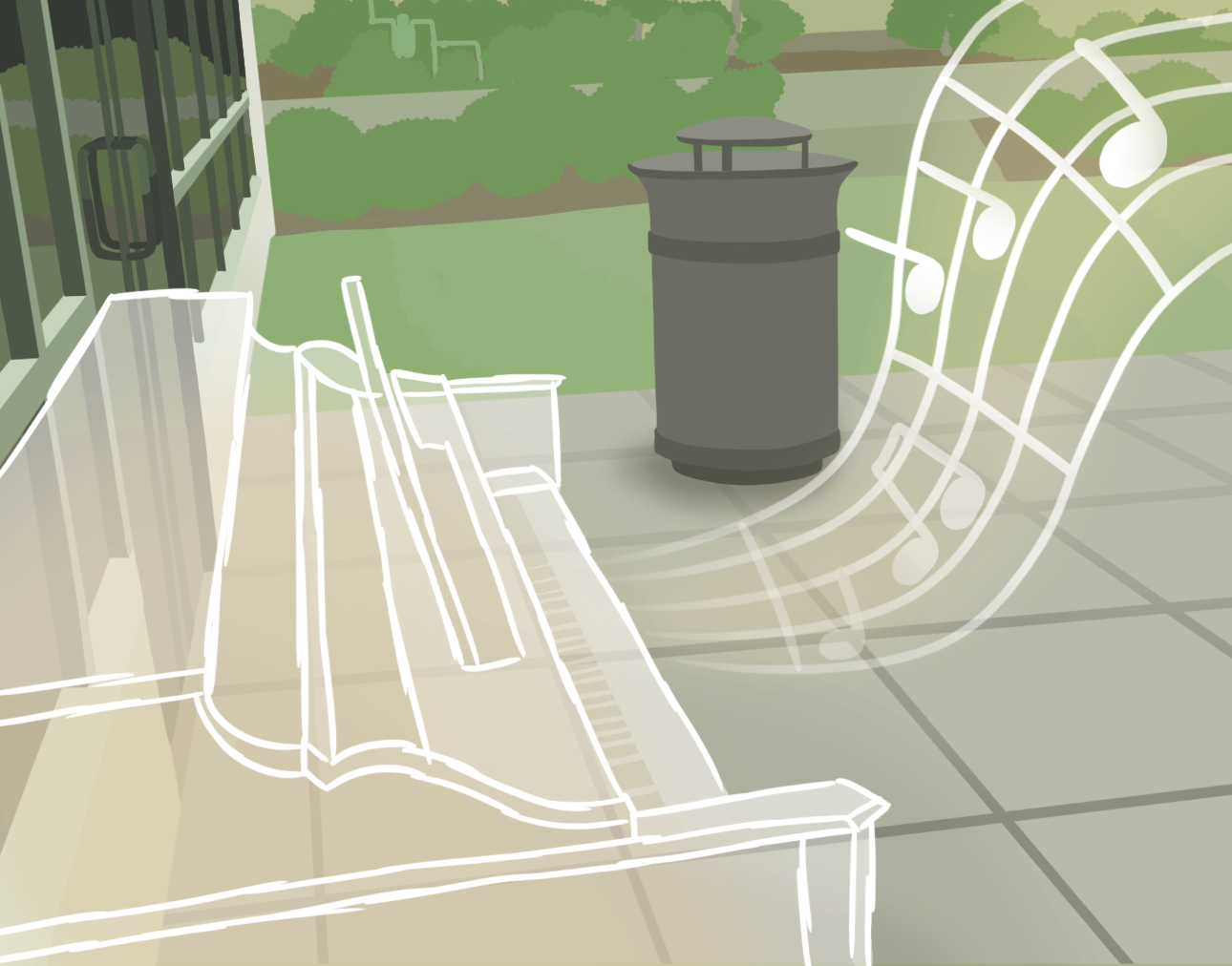 The single piano in the Student Union is not enough for an entire college campus. UTD needs to prioritize creating an efficient and equitable system ensuring access to music spaces for all students.

Like many others here at UTD, I have a strong passion for music, even though I myself am not enrolled in music courses. In my free time, I like to play the piano. However, finding pianos to practice on has become increasingly difficult, as musical resources are made unavailable to the general student body for a variety of reasons—some satisfactory, some not. I’ve spoken with several musically involved students about their difficulty finding usable pianos. Charles Averill, a computer science sophomore, described his longtime passion for music and his increasing struggle to find available practice spaces. This started with trips to Jonsson Performance Hall.

“Once I couldn’t use the performance hall anymore, I would go a floor down to the practice rooms to use the out-of-tune wall pianos,” Averill said. “Not nearly as nice, but it was still silent and secluded. Eventually, those were locked as well. After the rooms were locked, I emailed student services, asking about unlocking the rooms. I figured I was paying tuition to use campus facilities, so they shouldn’t be locked. Student Services cited COVID as their reasoning for locking the doors, which I think was silly as I very rarely brought a guest (my roommate) with me.”

Ben Wise, a visual and performing arts senior, is part of multiple musical ensembles here at UTD. However, he has had major issues finding practice spaces for Novis, his a cappella group, which is not course-affiliated. Before the COVID-19 pandemic, the practice rooms in AH2 were open to all UTD students. Now, only music majors or those in a musical ensemble can access them, and even this requires students to sign up for a COVID-19 safety training.

As previously mentioned, the justification for closing the practice rooms last semester was the COVID-19 risk- but at this point, that seems like a non-issue. It is true that a lot of practice rooms are not well ventilated. However, campus is now completely reopened, and UTD is clearly confident enough in its contact tracing given activities have started back up. And, as Ben Wise pointed out when we spoke, at the same time that practice rooms were closed, “people were allowed to go to the gym unmasked.” Practice rooms may be poorly ventilated, but they get exponentially less foot traffic. So why continue to gatekeep access?

I spoke with Catherine Parsoneault—an assistant dean in Arts and Humanities and the director of music—on the situation, and she offered many reasonable justifications as to why access to these practice rooms is currently restricted. For one, UTD has relatively few practice rooms for the hundreds of students enrolled in music courses, who have in the past struggled to find space to practice because of high demand. In addition, the practice rooms have previously been at risk of vandalism— an issue that’s particularly pressing when they contain an instrument as valuable as a piano.

Parsoneault suggested that some of this burden of responsibility should fall on Student Services, or the Student Union, which has in the past provided a public piano. However, as previously reported by The Mercury, the piano that was outside the Student Union has been temporarily moved. The Student Union similarly deferred responsibility by promising that it will return at some point—but not stating when. It is possible to juggle the onus for providing musical resources between departments all day, but is it really productive? The practice spaces we are talking about already exist.

There is a clear solution here, one that Parsoneault herself has looked into. While it has no guaranteed timeline, the music department is considering using a modified room reservation system that would allow students enrolled in music courses to reserve a specific time slot for practice. Tentatively, students not enrolled in music courses might be able to request access as well – a function which should be a priority.

Obviously, it makes sense to prioritize the use of practice rooms for students enrolled in music courses, for whom access to these pianos is an academic need and not just leisure. Still, this is not a reason to restrict access from other students. The University’s departments should prioritize coming up with a room reservation system to address the desires of all students. With the new reservation system in development, now is the perfect time to include non-music majors, before plans settle and become policy.