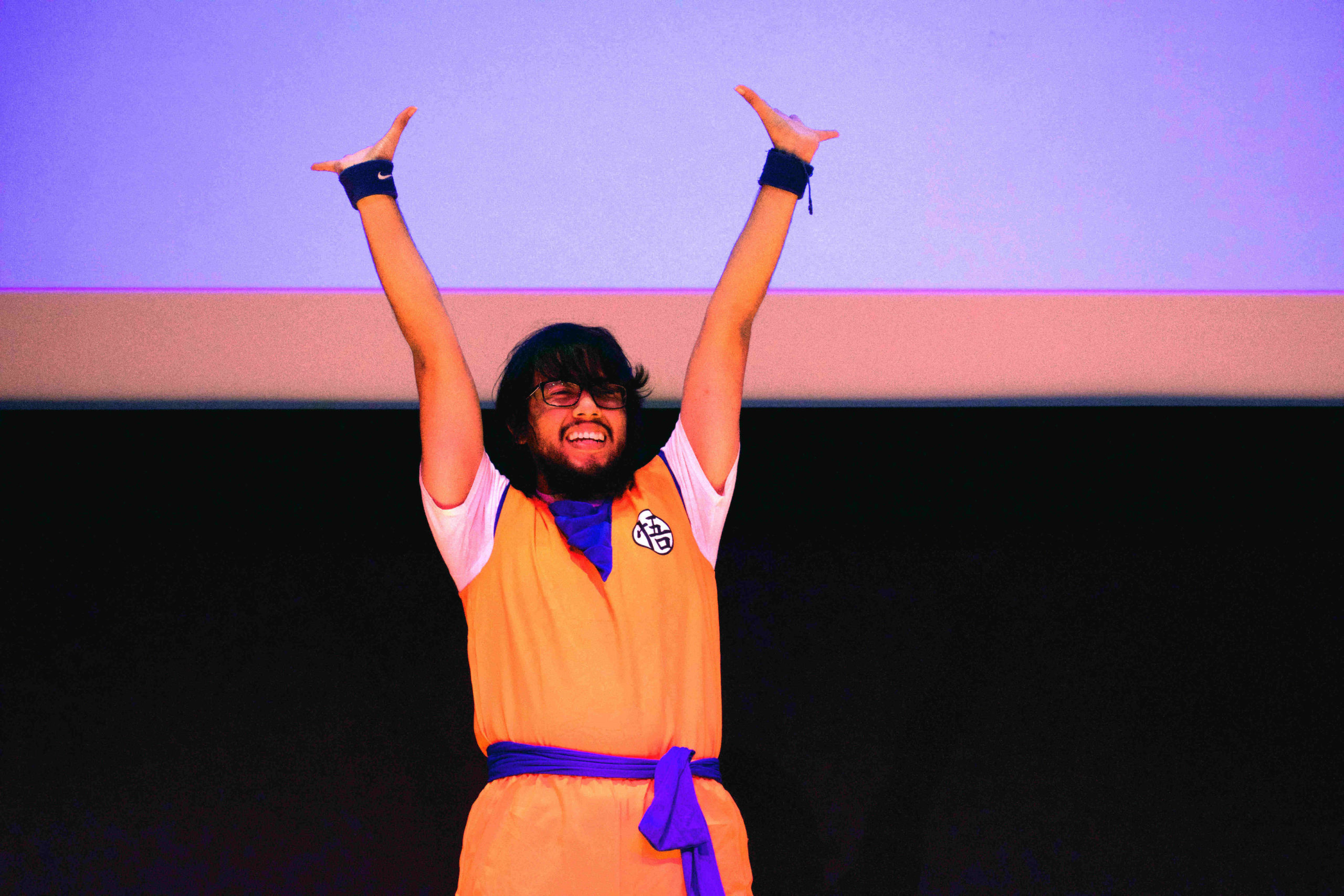 Stunning, confident and bold, UTD students from all different walks of life participated in SUAAB’s entertaining cosplay competition on March 23.

The cosplay competition, which was only one of several different events featured during Comet Con—UTD’s take on Comic-Con—allowed Comets to bring or watch their favorite anime, video game or movie characters come to life. This event received a lot of engagement through both the participants and the live voting, where audience members got to vote for their favorite costumes and select winners from different categories.

Comet Con, which is one of SUAAB’s biggest annual events, was a day-long special that featured guest speakers, an artist alley meant to support small and upcoming artists, an esports competition, wand-making, pancake art and much more. The cosplay competition served as an opportunity for UTD students to embody their favorite piece of media and bond with others who also enjoy cosplay.

“I was surprised how mixed [the cosplay competition] was. There wasn’t just anime, there was ‘Kung Fu Panda’ Po and a few video game [characters] too, so I’m glad that they had a variety,” said Shohini Ghosh, a neuroscience sophomore who attended the competition.

Some other entries included Glamrock Freddy from the new “Five Nights at Freddy’s: Security Breach” game, “Panty and Stocking” and even a female version of Temoc. Each entry reflected the individual’s personal style and taste, allowing several fictional characters to be brought to life and diversifying the winners for each of the competition categories, such as Best Performer, Cutest Cosplay and more.

“There were lots of unique characters, many of which I didn’t know, but everyone seemed like they were really enjoying themselves and they were so happy in their costumes,” said Zachary Carver, a Computer Science freshman who voted in the competition. “I was actually really impressed by how long some people spent on their costumes.”

Several of the participants made their costumes by hand, some even spending months perfecting their cosplay. Participants were able to give a brief explanation on how they created their cosplay and do a brief character performance. Thomas Cortez, a computer science sophomore, won the category of Coolest Cosplay with his extremely intricate, handmade Glamrock Freddy costume.

“I have three things that are very important to me: accuracy, uniqueness, and scale,” Cortez said. “For accuracy, I always want to try to make my costume as close to the source material as possible, so I try to select colors that are most similar to the character. For scale, I always strive for the correct proportions of the character. For me personally, I want to be unique, so [Glamrock Freddy] is more or less a character that people haven’t seen before.”

Some of the homemade cosplays included typical costume materials, such as foam and PVC piping. However, many entries included unique and innovative items on their costumes as well, such as Christmas ornaments and even Easter eggs.

Comet Con as a whole provides UTD students who are interested in anime, video games, and more, an opportunity to connect with other members of the community who share the same interests, and even gives students who are not able to attend Comic-Con the chance to experience a smaller-scale version.

“I have always wanted to go to a Comic-Con, like a big one, but I never had the opportunity to do that, so when I saw that [SUAAB] were doing Comet Con, I was like: ‘oh my goodness,’” said Brianna Teafatiller, a Business Administration senior who competed as a Loki variant.

With a successful showing for Comet Con’s 10-year anniversary this year, SUAAB hopes to be able to grow this event for the future. Many UTD students have expressed continued engagement with cosplaying, including Hope Shon, an ATEC senior and SUAAB’s marketing chair.

“It’s a wonderful opportunity for people to do something they enjoy and be able to, if they created their own costume, show off their work and be proud of it, and portray their favorite characters.” Shonsaid.