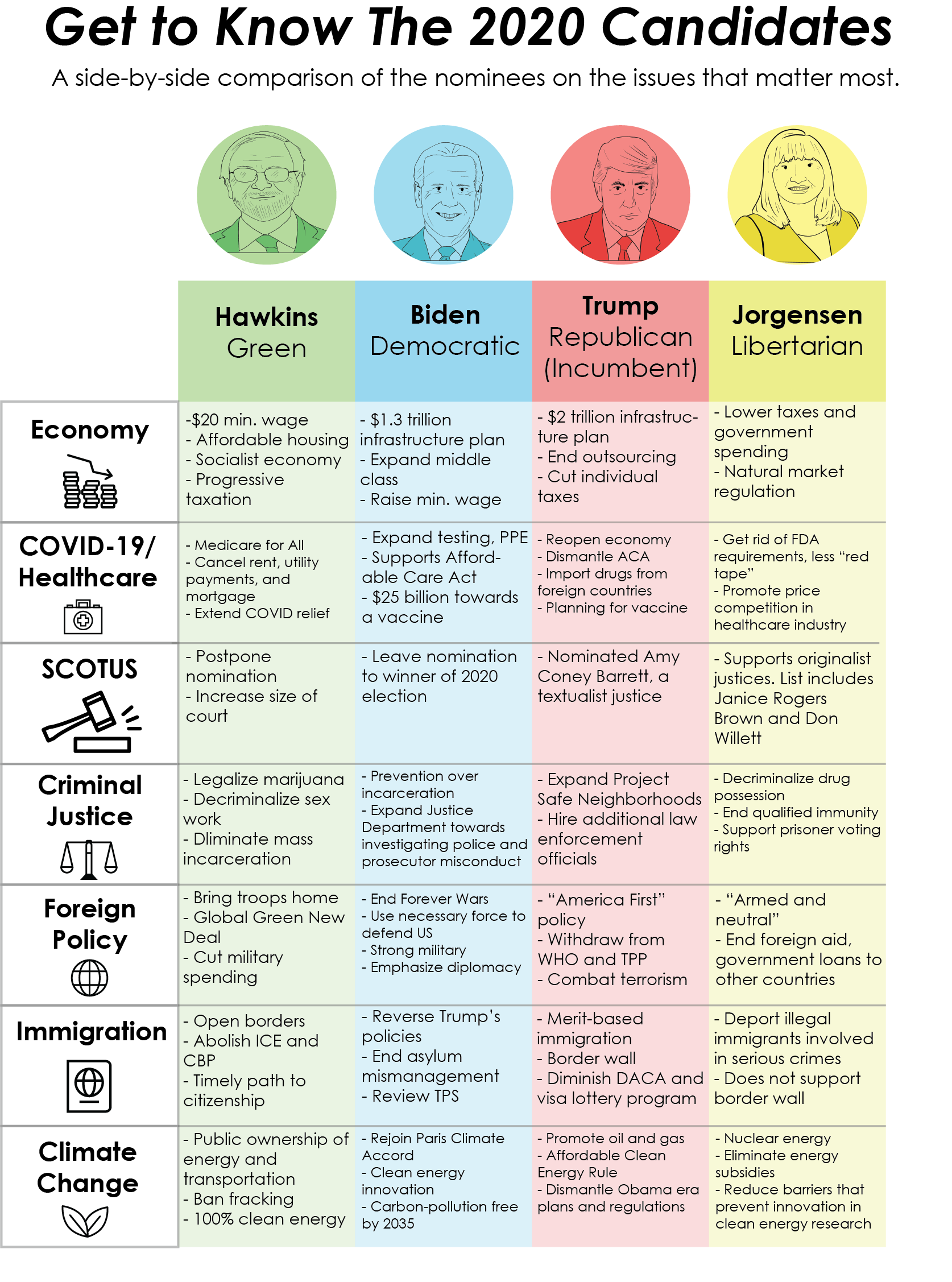 Who are the candidates and what are they known for?

Where do they stand on the top issues voters care about this year?

Hawkins: Grant $2000 a month per adult above age 16 and $500 per child, provide loans to businesses and hospitals for payroll, cancel rent, utility payments and mortgage, use Medicare to pay for COVID-19 testing, “community controlled national health service,” public hospitals and clinics

Jorgensen: “Reduce red tape and regulation” to get COVID-19 treatments and testing to patients as fast as possible, get rid of FDA efficacy requirements, promote real price competition within healthcare industry

Trump: Promises to have a vaccine widely available by the end of the year (300 million doses by January 2021), reopen the economy, dismantle Affordable Care Act, extend CHIP through six-year extension, reduce drug costs by importing prescription drugs from foreign countries

Biden: Argues that Supreme Court justices should be left to winner of 2020 election, has not yet made public a list of nominees

Hawkins: Supports Supreme Court nomination to be postponed until after election, open to increasing size of Court and reevaluating its powers

Hawkins: Supports open borders like that of the European Union, promote timely path to citizenship, only detain those with criminal charges or affiliation with terrorist organizations, abolish and replace Immigration and Customs Enforcement (ICE) and Customs and Border Protection (CBP)

Jorgensen: Supports deportation of illegal immigrants involved in serious crimes, does not support building a wall across southern border of U.S. or separating children from parents

Trump: Emphasize a merit-based immigration plan, fund a wall across the southern border of the U.S, diminish the visa lottery program and diminish Deferred Action for Childhood Arrivals, created “Remain in Mexico” policy