Ghoulies, ghosties, and things that go bump in the night 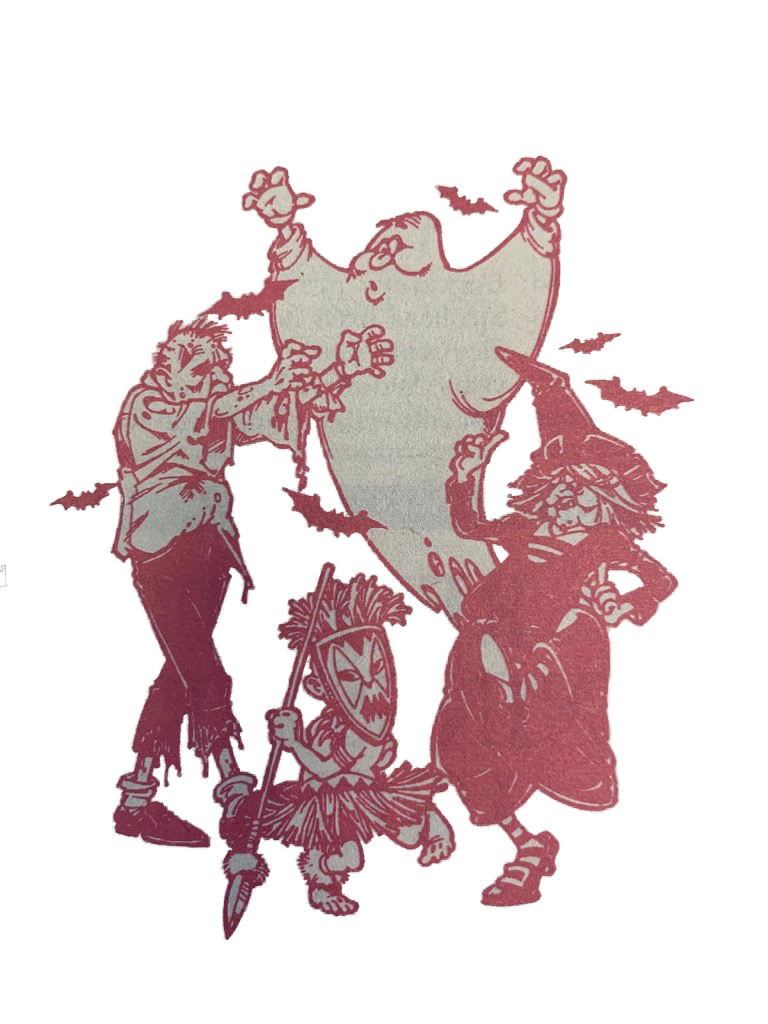 Graphic from the Mercury Archive

No one doubts college can be a scary place. Just ask freshmen before their first final exam.

But few college students would say their fears have anything to do with monsters under the bed or goblins in the closet.

Maybe they should. Nationwide, ghostly legends thrive on campuses.

“There’s just so much going on in college buildings when you think about their history, not to mention some of the high emotions that people have when they’re in school,” says Richard Crowe, a supernatural phenomena expert who’s based in Chicago. “Ghosts can thrive on those emotions. They can tap into the anxieties that people have.”

Still, Crowe says most ghosts just want to be noticed. “If people pay attention to them and let them co-exist, they’re usually fine,” he says. “The problems sometimes start when people try to deny that they exist.”

For many students across the nation, the question about whether ghosts exist has been answered by their campus experiences. For example:

The building, which was built in 1874, has been vacant for many years, giving Sarah plenty of room to roam. Mansfield students say they sometimes see Sarah in the windows of the building’s top floor, supposedly looking for her former lover.

Legend has it that Annabelle is the ghost of a student who committed suicide in one of the building’s bell towers. And while they don’t know what she’s looking for, students say they sometimes hear her walking the halls of the dorm.

Dorm residents have reported spotting a blue haze passing through the hall at times and have witnessed objects flung across different rooms. The ghost apparently gets antsy when the students are gone for the summer, since most occurrences have taken place when the dorm is occupied by summer school students and residence hall advisors.

Student-employees who have been in the building after hours to clean have reported hearing drawers shutting, chairs moving and doors slamming when there is no one else in the building. In some instances, students have heard string quartets practicing at 2 a.m. when no one is there.

At night, Morton security guards say they often hear footsteps on top of the roof of the gymnasium, even though they are sitting in front of the only stairway to the roof. When they go up to check on the noise, they see nothing and the footsteps stop. However, once they head back down the stairs, the footsteps start again.

On numerous occasions, neighbors of the building have called police, saying they see a woman standing at the roof’s ledge. When offices check out the scene, they find no one there.

When the building became a freshman dormitory in the 1950s, Fisher resident Ronald Tammen disappeared from campus. His belongings were placed in their normal fashion in his room; his car was found locked and parked in the student lot; and his life was seemingly in perfect order, according to authorities. A massive nationwide search turned up nothing, and Tammen was never found.

The building, which was a hospital before the fraternity took over, is home to George, the ghost of an elderly patient who died after falling off his bed. He suffocated while wedged between the bed and the wall.

George was a big “Star Trek” fan, a fondness that obviously continues even after his death, say fraternity members. In 1973, an ice storm knocked out power on the entire KSU campus for several days. But at the Delta Sigma Phi house, electricity was mysteriously restored every day from 4-5 p.m., just long enough for George and the men of Delta Sigma Phi to catch the “Star Trek” rerun on the local station.

Paschall says he was visited by Rev. James Blair, the first president of the nation’s oldest school, one night. Paschall reports that Blair wore clerical robes and stood at the foot of the bed, staring and pointing a finger at him.

The circumstances were forgotten until the 1970s, when a visiting Japanese scholar stayed in the same room. Without any knowledge of its previous resident, Noriyuki Tokuda told others that he was visited by a ghost one night and said that an older man was sitting on a chair quietly watching him. The next night, Tokuda said he saw two heads floating across the room near the ceiling.