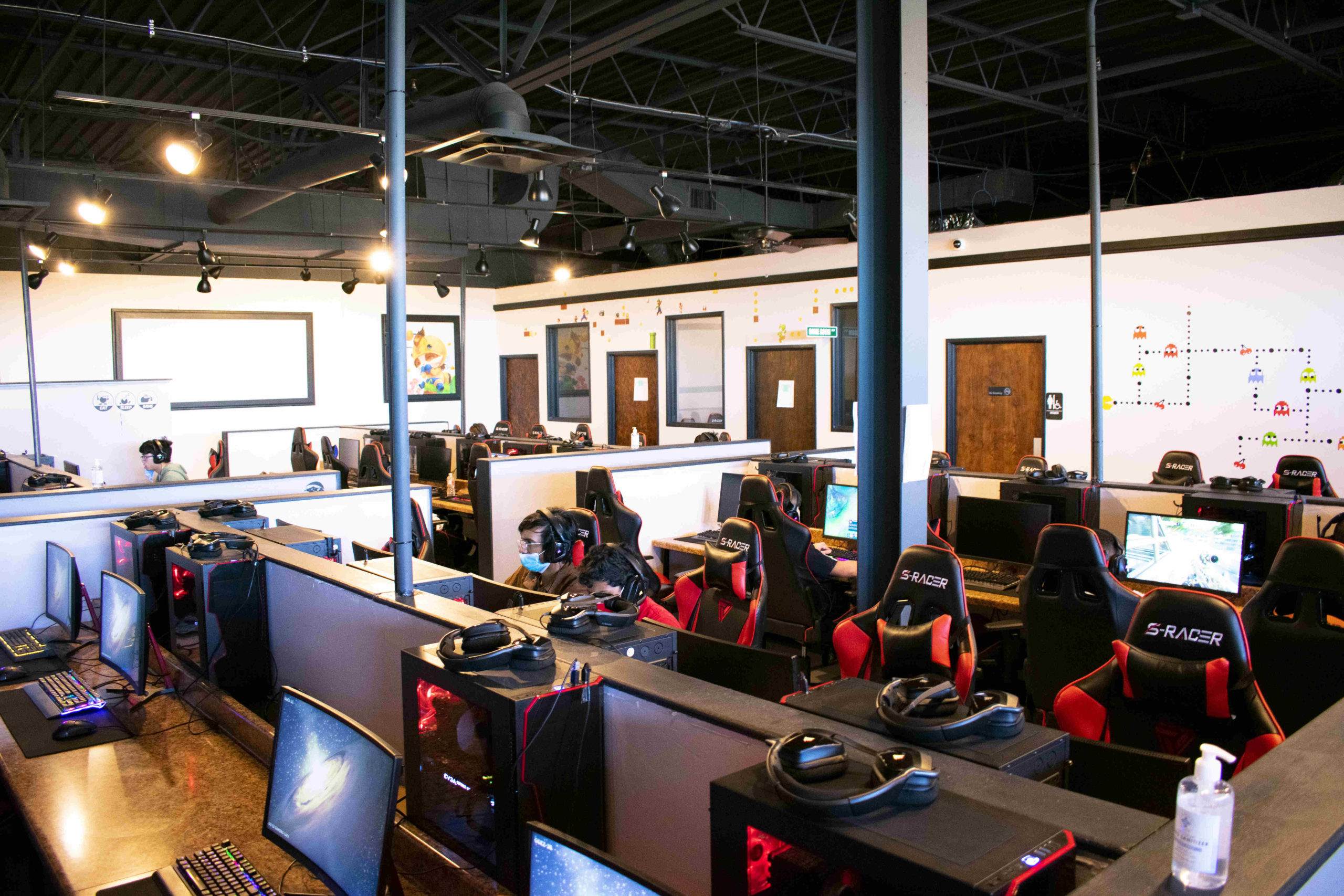 With a return to in-person operations, many student organizations, gaming or otherwise, have flocked to a rarer sight in America but a staple of Korean gaming culture: the local PC bang.

UTD’s local PC bang is the GG EZ Gaming Café, home to PCs loaded with a variety of games available for play on an hourly basis. Joseph Cho, UTD alum and one of the shop’s owners, runs the café with his two older brothers. Inspired by visiting PC bangs in Korea, the brothers opened up GG EZ concurrent with esports’ rise to cultural relevancy.

The café is the standard PC bang affair: a $5 hourly rate to play on a PC loaded with competitive esports including League of Legends, Overwatch, PUBG, COD Warzone, Fortnite and more. The concept is not entirely foreign to the U.S., with a few other gaming cafes in the DFW area, but GG EZ is the closest one to campus. It acts as a dedicated play space for the most popular competitive video games, especially for students who may not be able to afford an expensive PC to run the games optimally. Cho said that the café serves as a hangout spot for a few UTD organizations as well.

“I went to UTD, so I tried to talk to a lot of people, clubs like UTD LoL. And we got the UTD VALORANT team to come out and play in the tournament,” Cho said. “Talking about JSA [Japanese Student Association], they’re actually here every other week on Thursdays. After the meeting they want to do something, so they asked if they could come here and just chill out and play games, and we told them it was fine. And I believe we’re talking to someone else that goes to UTD; he actually hosts Guilty Gear and stuff like that every other Saturday.”

The café also hosts LAN tournaments for a variety of games, including Call of Duty, VALORANT, Super Smash Brothers, Teamfight Tactics and League of Legends. While they usually have about two to three events every week, Cho says that they’re starting to plan more regular events for people to attend.

In combination with clubs at UTD and the UTD Esports team, GG EZ is starting to provide more opportunities for competitive esports play locally in a LAN setting. The café offers both the main PC area and a set of private rooms that UTD clubs and the Esports team have used. While there haven’t been a large amount of 5v5 events for games like Rainbow Six Siege and VALORANT, games like Teamfight Tactics where each contestant plays for themselves have attracted players. ITS senior and LOLUTD president Jennifer Nguyen recently set up a Teamfight Tactics tournament at the location with a cash prize, deciding on GG EZ over the cafes in Carrollton due to location and ease of setup.

“We didn’t need to use any of the private rooms; we could just use the [PCs] in the middle. We basically let them know two weeks ahead of time we were going to have some people and expecting two lobbys, three lobbys maximum,” Nguyen said. “It went pretty easily actually. Their methods of contact are email and Instagram, and using Instagram makes it a lot easier because it’s faster for us to communicate than just waiting for emails to go back and forth. They were really nice throughout the entire process and gave us a discount for having a lot of people. … Overall, it was very easy to work with them.”

In order to better design a competitive play space, Cho says that they’ll be holding more events in the future and expanding the kinds of games they run tournaments for so that they can attract a wider variety of players.

“On our Instagram, we try to post and ask the community what they want,” Cho said. We usually try to do it because we just want people to come out for the game they like to do – not just keep it kind of like a small pool [of games] but actually have a big pool. We’re trying to do Apex, PUBG and Dota 2.”

Women’s Volleyball serves up wins to end the season