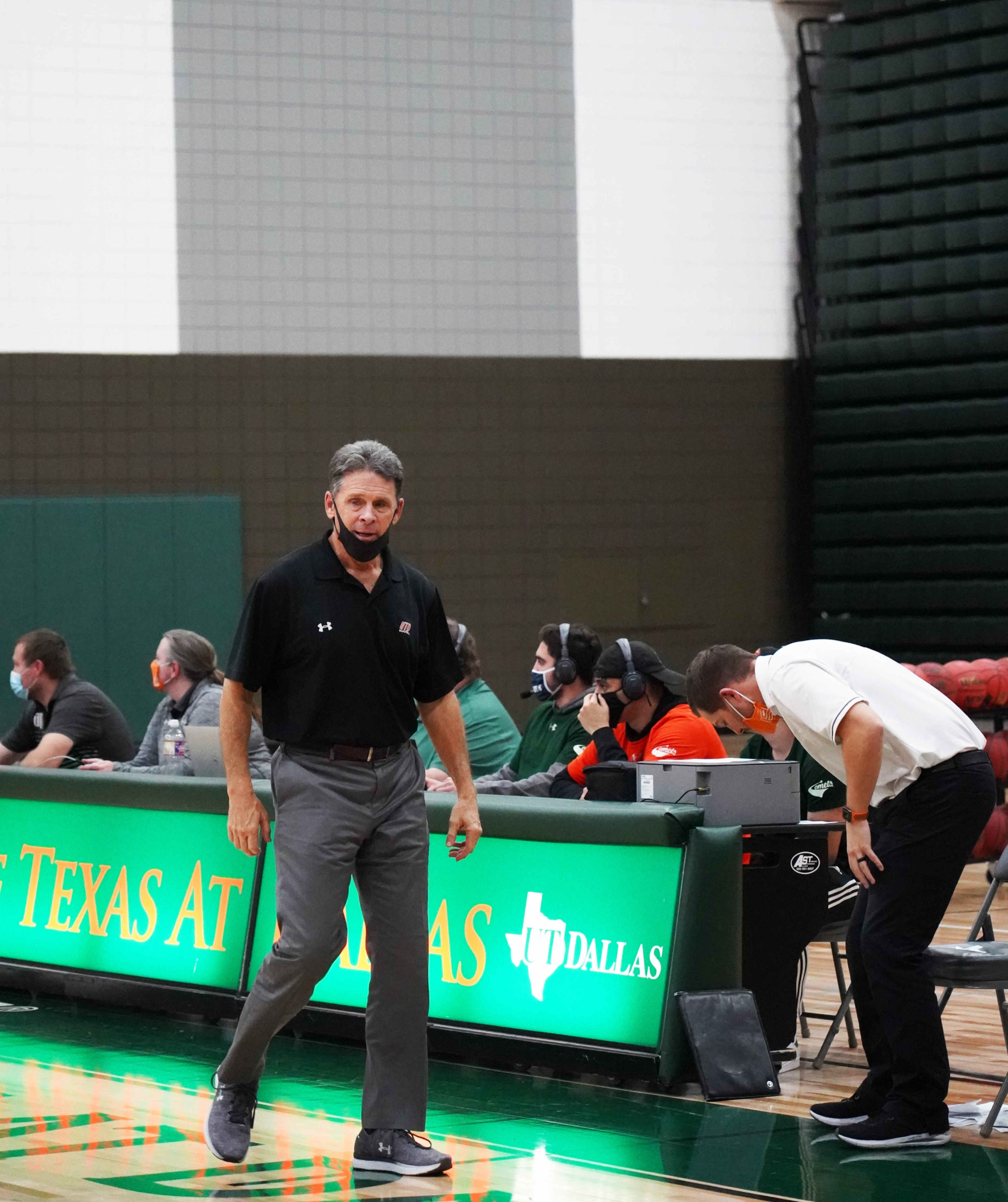 In this week’s Coach Check-in, I sat down with Terry Butterfield, men’s basketball head coach, to discuss the makeup of the team’s roster and what preparation for the season is going to look like.

So, first off, with the season starting in a couple weeks, what does preseason preparation for the team look like?

“Well, actually, today is our first official practice. October 15 sort of begins, begins it all for all of the U.S. Division Three basketball folks. The kids have been doing things on their own up to this point; they’ve been lifting and conditioning and getting in the gym on their own, but now I finally get my hands on them. It’s always an exciting day to go into that first practice and have a chance to interact with them on a regular basis. Now, my upperclassmen tell me that the group we have this year is intense, enthusiastic. They really like the chemistry so far. Again, everything that they’ve done has been of an unofficial nature, but I have heard nothing but good things from my upperclassmen when I’ve asked them how everything was going. So, I think that’s a real positive.”

That’s great to hear. What is your preseason practice regimen for them going to look like for the next couple of weeks?

“Well, that’s a great question. I’m always anxious about this period of time because we start practice today, October 15. Our first game is on November 9, so as we figure, we’ve got about 17 practice dates to get the team ready to play. And for me personally, it creates some anxiety for me because there’s so much to cover in such a short period of time … and on top of that, we’re trying to do a couple of new things this year. Which means, you know, that’s going to be new for the upperclassmen as well as the new kids, so that necessitates going in there and teaching with precision teaching, with logic, you know, making sure they understand what new things we want to do. That’s a, that’s a big challenge for a coach, no matter how long he’s been in the game.”

How has COVID and some of the affiliated changes – the extended eligibility, potentially disruption of recruitment activities the past year, etc. – how has that impacted the makeup of this year’s roster?

“None of the guys that graduated last year elected to come back to the University. So, there are a number of guys obviously on our roster now that will have that extra year if they so desire. But probably the most unique thing about our team this year is that it’s a very young group: we have maybe one senior. But even Colton [Pruitt] didn’t play last year because he tore his Achilles early on in practice. So, in a sense, he’s a new guy too, but because we have such a young group, I don’t know that our roster per se is affected by what happened last year. It’ll be interesting to see how many of the guys in this current group, once they get to the end of their eligibility, elect to stay on and play an extra year. That’s sort of a face card in the hip pocket, so to speak.

Talk to me about the pros and cons of, of having this younger group.

“The only con that I can think of is that we’ll take the floor for our first practice with some experience, but not total experience. We have a lot of new inexperienced players, and transitioning from the high school game to the college game is always a huge challenge because you’re leaving one coach in his system and you now are with another coach who may see the game completely different. So, getting the new kids up to speed with our culture and in the way that we do things both offensively and defensively is a big deal, and we know that. Usually you’re not going to see the best in a new kid until a little later in the year when he’s really sort of adapted and feels comfortable.

Now on the other side of that, the pros are that it infuses a whole new energy, passion and excitement into our team. And our upperclassmen that I have talked to randomly have said that the new kids are really exciting to be around. They’re not only talented but they just have great energy and great enthusiasm. They’re all great kids, they have fit in with the upperclassmen very well. We believe in sort of a mantra of all for one and one for all. So, all conversation that’s been directed to me has been very positive about this infusion of energy that the new kids are bringing around. …I feel very excited and optimistic about the kinds of people we have in the program; their character, their work ethic and all the intangibles lead me to a fairly strong level of excitement [this year].”

That’s awesome. So, what’s the outlook for the year – what are you hoping to achieve?

“Well, our goal every year is to find a way to win our league and win our conference tournament, which then springboards into the national tournament. So that’s always our goal. You know, we sort of view ourselves as a national program. I think our track record speaks to that, and I would want nothing less from our guys. I don’t care if we’re young; they don’t care if we’re inexperienced. When you play hard and you play with intelligence, you have a chance to win every game. So, hopefully, when we get to February, we’re in there battling for a top spot in the ASC tournament and, and consequently, an opportunity, you know, to be one of the top dogs.

One thing I would want to do is to ask the campus community to get behind our basketball team. I think that our guys are going to play an exciting brand of basketball. I think [Comets] will have a lot to cheer about and get excited about if they like basketball. We’re the only sport going during the winter, so I think it’s a great opportunity to have an afternoon or night out, to come and see a ball game and to get excited and let some energy go in the stands. We need that. We welcome that. And we’re just as excited to see how this team evolves.”