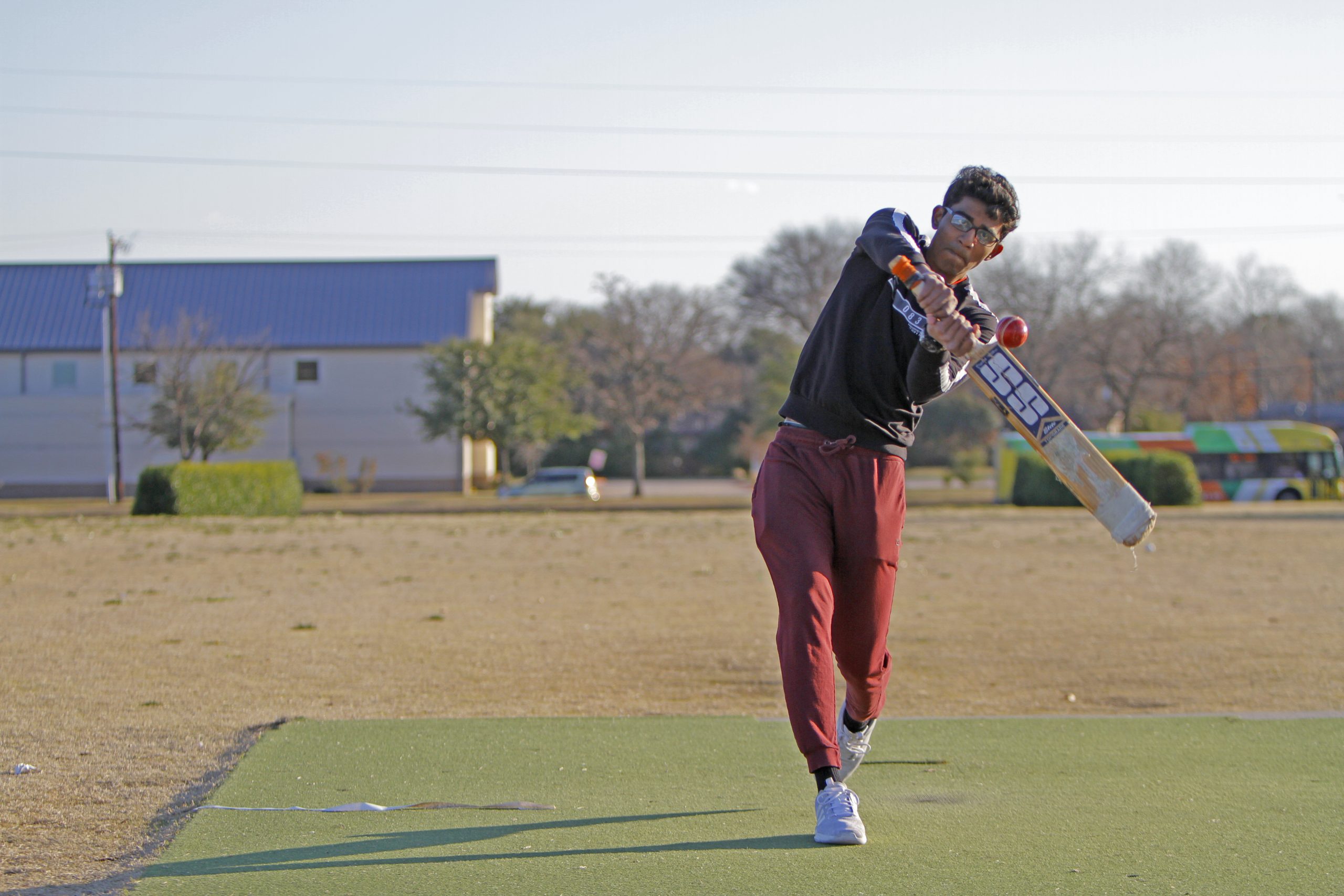 Computer science freshman Karthik Mohan is just like any other student, except for one major difference. At the age of 14, he represented Singapore as a cricket player on the national stage.

Mohan played for the team’s under-19 division and said he was introduced to the game while on vacation in India.

“I was born in India, and everyone there usually plays cricket in their free time, and how I picked it up was my uncle introduced me to the game (when I was) around 4 years old,” Mohan said.

Mohan said he would usually play with his cousins and began to play more competitively when he returned to Singapore and played for his school’s team.

“When I was 13 or 14 years old, one of my high school coaches was an ex-National League player,” Mohan said. “He recommended that I should try out for the trials. I went for the trials and then from there, they just picked me.”

Mohan said his family and friends were encouraging of his decision to pursue cricket and that their support made it easier to balance his academics and the sport.

“My family was a bit hesitant because they were wondering how I was going to be able to cope, my studies and cricket together,” he said. “Then as time went by, I was able to get a good balance of everything. Without the help of my family and friends it would have been hard.”

“Usually when you play in school teams, the expectations of you are not really that high,” he said. “They just want you to give your best, but when it comes to the national team you have to perform because it’s for your country, so the level of competition is really hard.”

He continued to play for his school’s cricket team while training for the national team and said that it was challenging to balance training with academics and leisure time.

“I used to train every day. Then, because of my training … I didn’t have time to study. My academics took a hit,” Mohan said. “Once you’re involved in something for so long, you tend to sacrifice other stuff such as family time and going out with friends. You have to sacrifice; you have to learn how to manage your time properly.”

Having friends from his school who also played on the national team and were going through the same experience made the transition easier, Mohan said.

“It was a lot of people going through the same thing, having the same experience of having the pressure to play for the national team and the school team and perform well in both and study at the same time,” Mohan said. “It was certainly hard for us, but the fact that we all knew that we had each other’s backs was something that helped us fight through the hard times.”

Playing cricket on the national level, Mohan said, forced him and his teammates to constantly push themselves to exceed expectations.

“When people realize that you’re in the national team, they set a certain level of expectations for you. Knowing that those expectations existed motivated us to make sure we were always fulfilling or exceeding those expectations,” he said. “It was a challenge but it was certainly something fun that I enjoyed doing because I learned a lot from those experiences.”

Players for the national team came from schools around Singapore, including schools that Mohan had played against at the high schol level. Mohan said the experience of becoming teammates with his rivals and learning to play together was one of his favorite memories of playing for the national team.

“When you’re younger, you see your opponents as someone you don’t like. But then, as you spend more time (together), then you realize everyone is going through the same thing as you and everyone wants to win,” he said. “Everyone is on the same team as you. So you put aside those differences and you come together as a team, which is a really enriching experience.”

The decision to stop playing for the national team was difficult, Mohan said, but he had known that he had always wanted to study overseas and that it would be difficult to pursue both at the same time.

“My coaches knew that I had the potential to be a really good player. But I (made) the decision considering the future. It was a difficult decision to make, but I do not regret the decision,” he said. “Cricket is more of a passion in the sense that it’s something I always did in my free time, I couldn’t really consider it as a future.””

Playing cricket at the national level, Mohan said, has given him a good work ethic and self-discipline that has transferred over into other aspects of his life.

“I wasn’t the fastest person, I wasn’t the strongest person or I wasn’t the fittest person. But I always made sure I worked the hardest in the team,” he said. “That helped me set an example, not just in cricket, but in the sense that when it comes to studies I was trying to do the same thing.”

Mohan said he continues to play cricket as a student at UTD, joining a team of students who play every weekend. He said his advice to others who wish to play for their national team is to work hard and that it is not impossible.

“When you play for your country, (it) requires a lot of sacrifice and patience. It’s really hard to manage everything. The thing is, people might think it’s not possible,” Mohan said. “But if you have the passion for the game and the willingness and the pride for your country, anyone can play for their national team in the sport they’re interested in. If you’re willing to put in the work you can definitely make it.”