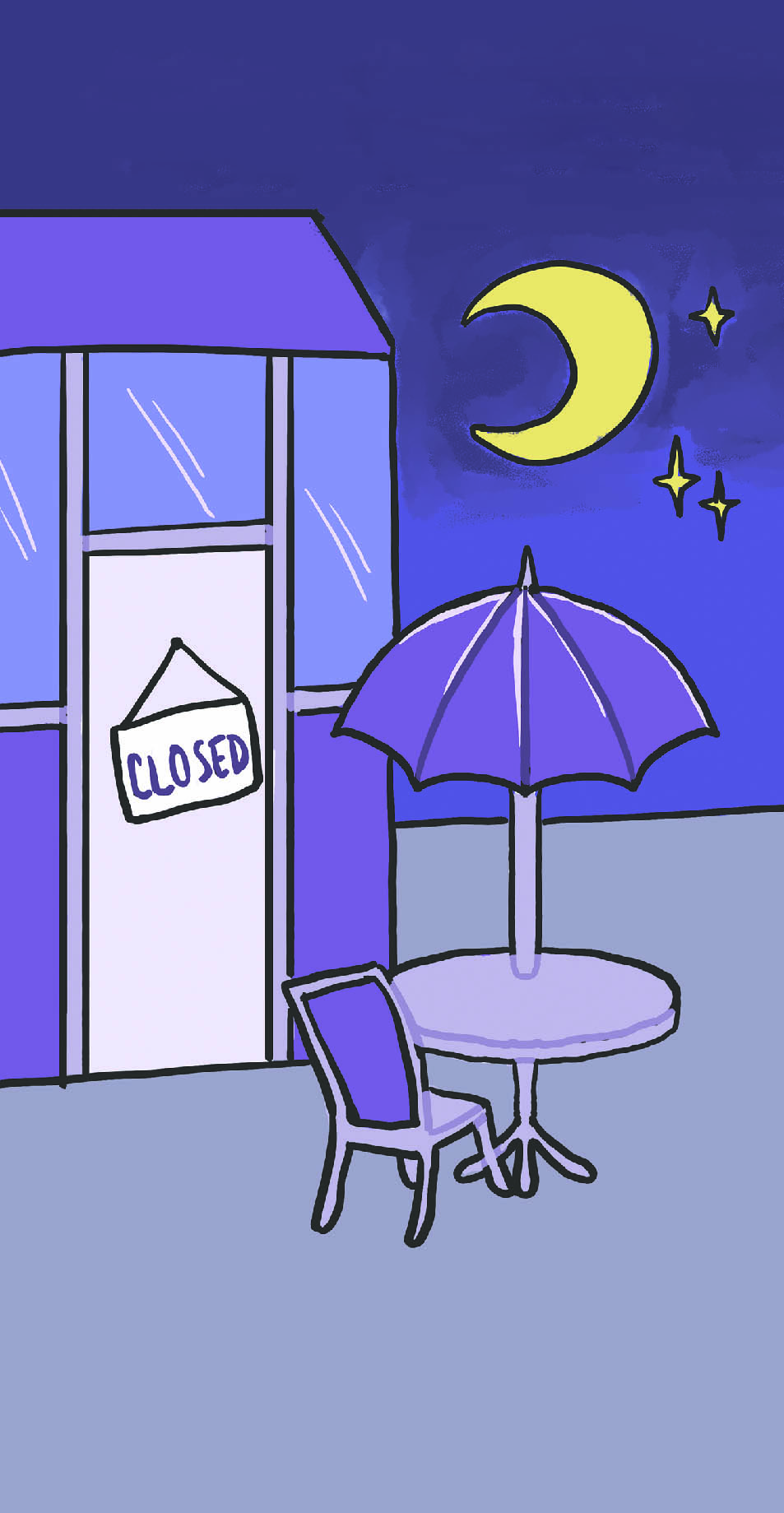 Campus nightlife can be improved by longer restaurant hours

A couple of weeks ago, I was dropped back to my dorm a little earlier in the weekend than I usually would’ve been. In an effort to prepare myself for the week to come, I decided to take a stroll to the library through campus. As I trudged through the cold, I couldn’t help but notice how empty and dark campus felt.

I wasn’t used to living at UTD over the weekend — let alone roaming around campus — and I was taken aback. Nightlife, which comprises all the entertainment and social opportunities on campus, seems to be lacking at UTD, and food, as well as activities surrounding food can be a potential solution to this issue.

A survey conducted by The Princeton Review on 140,000 students at 385 colleges revealed that UTD was in the top ten universities with unhappy students. According to an article written by The Mercury, Clinical Direactor of the Student Counseling Center Jenna Temkin said that while the survey was not an accurate representation of the school, the sentiment could be attributed to disconnection. UTD, a school in which 75% of students commute, is a playground for disconnection.

The Student Union is a hub of campus activity: the SU is bustling with people waiting in line to eat, walls lined with posters to advertise various clubs and meetings and filled with people casually hanging around in their breaks. However, the Student Union is the only central location of student gathering, and even that diminishes over the weekend. Considering how much of the student body consists of commuters, the vivacious activity of the Student Union relies on those students.

Unfortunately, for those living on campus, weekend and night life is virtually non-existent. For a lot of commuters, college simply consists of attending classes and the occasional club. At night, the streets of UTD are quiet, effectively adding to the disconnection between students.

It is said that food brings people together, and the school can work to cultivate a more active campus. By either adding cheaper options for dining throughout campus, such as fast food or by concentrating entertainment in popular food locations, the school can drive up not only activity, but also revenue. Commuters — the backbone of this school — can benefit massively from these potential solutions and influence campus interactivity.

Creating cheaper food options throughout campus will lead to an increase in demand for food, thus allowing UTD to profit. Commuters would have more of an incentive to stay on campus with cheaper food options, either to study longer on campus or to hang out. Commuters, even if given the option of going home to eat, might be inclined to pick eating at UTD restaurants if restaurants are more flexible, available and cheaper.

Adding available food all around campus would make eating, studying and hanging out easier. Campus food improvements can also affect the activities provided by UTD. As more people remain on campus at later times, more activities can be created to entertain people which can, in turn, draw more people toward these food locations to eat. For example, an open mic night last month hosted by SUAAB at The Pub actually caused more people to show up. Thus, a positive feedback loop, created from the relationship between food and activities, is formed.

Change is a two-way street. Even if the SU restaurants decide to stay open longer and food becomes more available on campus, the students of UTD have to show up. If students can come in for food during the latest time that restaurants can remain open, it will show the need for extended hours on campus. It would show that extended hours can actually be utilized by students. SUAAB, similarly, holds various events throughout campus, and often, clubs on campus hand out free food. If students can show that extended hours are necessary, they can contribute to changing the dynamic on campus.