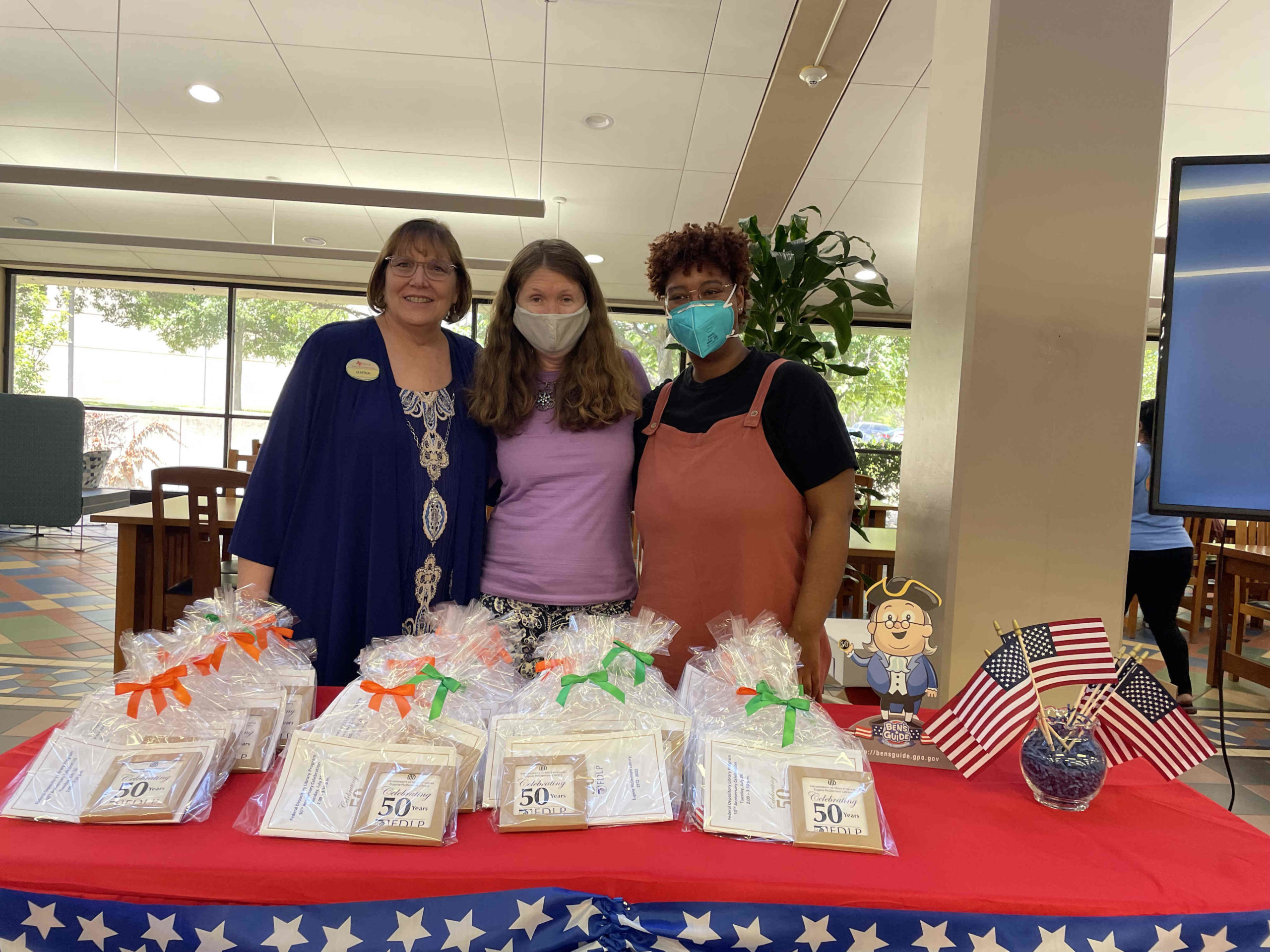 The Eugene McDermott Library celebrates 50 years as one of five exclusive Federal Depository Libraries in North Texas, welcoming students to congressional and government material dating back since 1813.

UTD first joined the Federal Library Depository Program (FLDP) in 1972 after a member of congress specifically chose the Eugene McDermott Library to officially represent the growing collection of historical, current, and future Federal documents. This program, administered by the U.S. Government Publishing Office, ensures that the American public has access to federal bills, laws, regulations, documents, and studies by routinely sending them to congress selected libraries across the nation for no charge. At UTD, FDLP Management Coordinator Marna Morland said that the McDermott Library was targeted for the program since the very beginning.

“Our Dean, Dean Safley, said that we were nominated actually before we actually had a physical building for the library, and that’s very interesting. So we had our special designation before we had bricks and mortars for our own library,” Morland said.

The library’s designation allows it for unique access into other federal subjects outside Congressional, House, and Senate documents. For students, they can find interest in department documents detailing health, careers, business, military, science, technology, travel, nutrition, and maps provided by the United States Government Publishing Office. Morland said that there are thousands of both physical and electronic records.

“We have maybe 45,000 physical items, but we have over a million electronic because 95% of what the government sends out is electronic now, which is good for students because, guess what, you don’t have to leave your dorm room to write your paper, which is wonderful! So we collect a lot of geology, we collect a lot of government information, you know, the treaties, the publication’s of the Senate and the house government information. We have NASA, we’ve got lots of NASA information, and some really neat old documents about the early moon landings and you know things like that,” Morland said.

Morland later said they have a total of 106,163 physical government documents: which spans between books, DVDs, CD ROMS, microfiche, and even microfilm. While many copies are shared across Texas and the overall 1,150 Federal Deposit Libraries within the United States, students eager to read something unique can discover rare finds within the library. Morland said that there are two exceptional finds worth sharing that UTD has because of the FDLP.

“There’s a provisional machine gun firing manual from 1917 for World War I. In Texas only Rice University had a copy, and now we have a copy,” and for students with different interests, “There is the basic field manual, military intelligence, identification of Japanese aircrafts from 1942. There’s only 35 of these across the nation that have been cataloged, and we have a copy,” Morland said.

Of course UTD isn’t just limited to military documents, as Morland portrayed most of their collection is specifically selected to meet the interest of students specifically geared towards the sciences, arts, and history communities on campus.

“I would say for students who want something that we don’t have the best thing is to talk to a reference librarian, because, you know, they’re all trained on finding information for students and they’re happy to help,” Morland said.

For those who can’t reach the physical copies, more recent documents can be found on the library’s open online database, following the federal trend for digital documents. Morland hopes that this semester and in the following year students and even faculty might better utilize these resources to help students with their essays and curriculum.